The Gambling Act review has led to calls for the UK government to revisit the so-called supercasino project first put forward in the formation of the 2005 legislation. With the benefit of his experience from a long career in casino development in the US, Paul Girvan considers the practicalities. 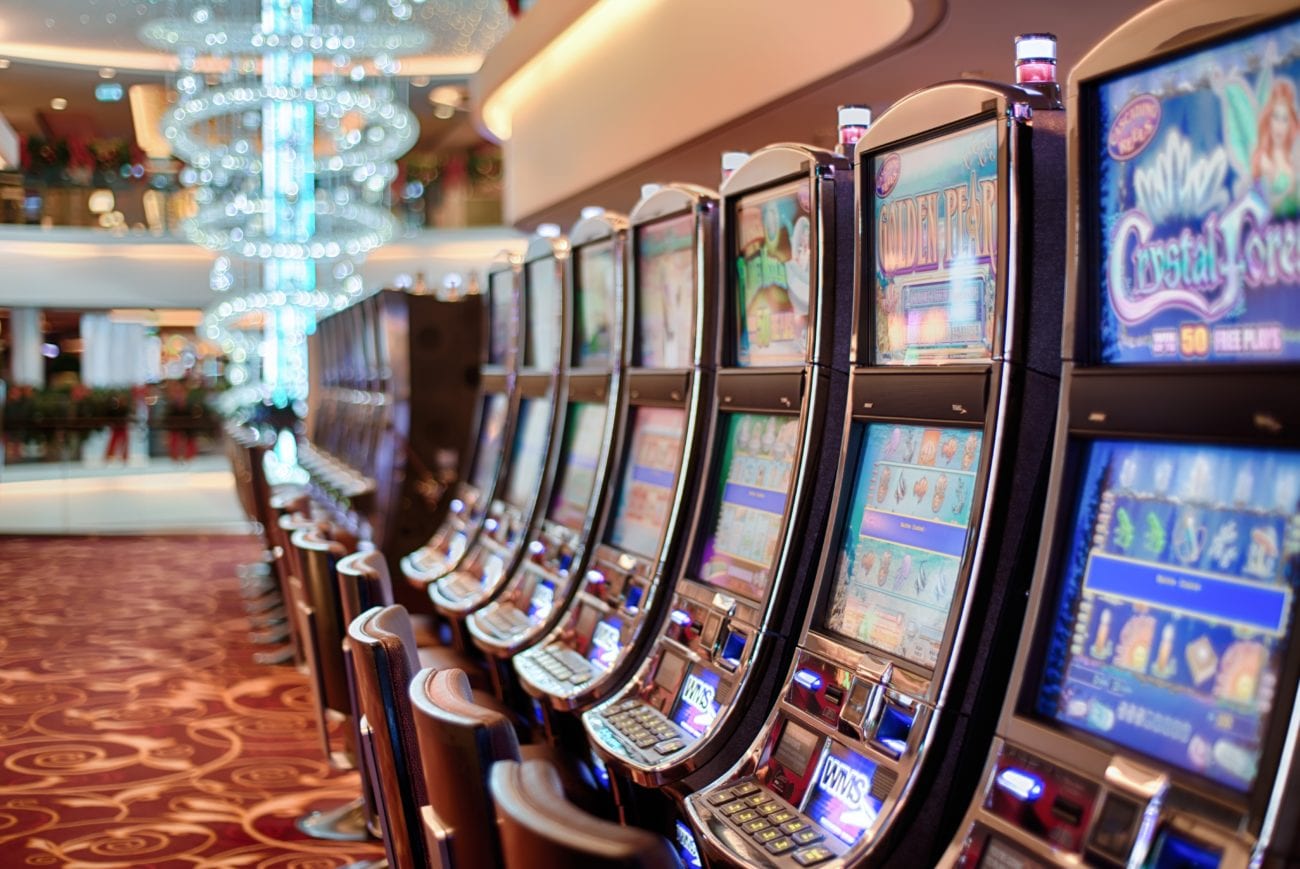 In 2005 the UK land-based casino industry was poised for radical change. Specifically, the development of larger scale casino resorts.

In part, this was inspired by, and emulated, the integrated casino resort that developed in the US, seeking to realise the benefits these brought to local communities.

It was a force that was manifested in the Gambling Act of 2005.  This US ‘flavour’ was reflected in the language and debate which ensued with phrases such as ‘destination casinos’, ‘Las Vegas -style casinos’ and supercasinos dominating the discourse.

The Gambling Act of 2005 defined casinos sizes as:

Supercasinos: With a minimum customer area of 5,000 square metres (approximately 53,820 square feet) and a maximum of 1,250 unlimited jackpot slot machines.

Small casinos: Featuring a minimum customer area of 750 square metres (approximately 8,073 square feet) up to 80 slot machines and a jackpot of £4,000.

In the initial draft of the legislation a total of eight supercasinos or ‘regional casinos’ were envisaged.

Local councils were quick to develop proposals upon seeing the potential economic benefits these developments could generate. By May of 2006 a shortlist of submissions by local councils included:

A deluge of negative media attention ensued. This went unanswered in any effective way, and ultimately resulted in public and political opinion shifting decisively against regional casino development.

In May of 2007 the House of Lords rejected the Gambling Order, and with the advent of a new government under Gordon Brown the plans for a supercasino or ‘regional casino’ were eventually scrapped in January 2008.

This dealt the death knell to the Manchester property – the only proposed development that survived the paring back of the intiative, and the firestorm of criticism that ensued.

Skip forward to 2021, and the government white paper on the Gambling Act review is moving closer.

Expectations are that much of the review will focus mainly on the proliferation of online gaming, the resultant impact on advertising, proposals for affordability checks and the overarching concerns revolving around problem gambling issues.

For land-based casinos, the review seems largely an afterthought. The industry is expecting issues associated with credit issuance, creating a cashless environment and electronic table games to take centre stage.

While these changes are certainly needed, they seem minor, and completely ignore the potential major casino developments provide in terms of job creation, generating government revenue and, to an extent, the regeneration of disadvantaged communities.

This seems all the more glaring given the current government’s repetition of the term “levelling up” ad nauseam. It is meant to confer some generalised concept of redistribution or perhaps refocusing of societal benefits towards geographic areas of the country that have historically been on the “short end of the stick”.

Yet the one element that has the potential to effectuate a modicum of ‘levelling up’ in reference to the land-based gaming sector appears to be largely ignored, namely the development of an integrated resort at scale. Again, from the perspective of land-based gaming this “levelling up” concept now seems to be more rhetoric than real.

I recently returned to the UK from a 30-year career in the US gaming market, where I consulted for city and state governments, investment banks, and for commercial and tribal gaming interests. Through this, I participated in the explosive growth of land-based gaming across the US.

This experience confirmed a number of salient considerations relevant to casinos development:

Location is of course critical, not only to the success of the development, but equally to the realisation of the broader benefits an integrated casino resort can generate.

The importance of location is compounded by one cultural difference between the UK and the US: the differing perception of acceptable travel time. In the US, the expansive geography leads to a much greater acceptance and tolerance of longer distance travel. Perception of a one or two hour travel time is much less inhibiting in the US than in the UK. Consequently, in the UK a location that encompasses a sufficient population base to support a major casino development within, at most, a one-hour travel time is critical.

How do these lessons derived from three decades of casino development in the US inform the current government review and the fate of the supercasino concept seen in the first decade of this century?

Fifteen years ago when I was working on projects associated on UK supercasino in the US some things seemed ‘off’. First among these was the very reference to a supercasino.

The UK government’s definition of a supercasino was discordant with my reality. Casinos of this size are considered as small to medium size in the US, more akin to local riverboat casinos that were then common across the American hinterland.

They most definitely did not warrant the moniker ‘super’. For example, Foxwoods casino had 7,000 slots while Mohegan Sun, just a few miles away had 6,000. The three downtown Detroit casinos had over 7,000 slots together.

Even in smaller markets such as the New Orleans, Harrah’s Casino had 2,800 machines. This was supplemented by 1,800 slots at the Boomtown casino and 1,200 slots at the Treasure Chest, both riverboats located in suburban areas of the greater New Orleans area.

In reality a casino of 1,250 slots would be classed as a somewhere between small to average in terms of casinos size in the US context. This is important because without the necessary scale, the broader array of benefits seen in US casino markets cannot be realised.

Another disconnect was the oft used term of a ‘Las Vegas style’ casino. This term is inaccurate and cannot be used as a surrogate for what the proposed supercasino would have been.

Las Vegas Strip casinos tend to be ‘roomier’ with sizeable casinos floors, supported by large casino hotels to accommodate tourists from a global market which comprise the vast majority of visits. This is complemented by a wide array of food and beverage (F&B), retail and other amenities attractive to domestic and international tourists.

Similar comparisons could be drawn on hotel rooms, F&B and other amenities. While slot counts at Las Vegas casinos might fall into the range suggested for supercasinos in the 2005 Gambling Act, these definitions failed to account for the nature of the market.

The lack of scale in the 2005 casino definitions in terms of slot count, gaming space, and a misunderstanding of the nature of the Las Vegas market and casino developers’ response to it, was self-defeating.

This of course meant that the scale necessary to generate the desired economic benefits from a major casino development was simply not there. Lack of scale reduces the amenities that can be supported which in turn reduces the market size and hence the economic impact. These proposals for ‘super’ or ‘Las Vegas style’ casinos were doomed by their flawed definitions.

On another level this misuse of the term ‘super’ resulted in a PR debacle. Combined with a jingoistic reaction to the descriptor ‘Las Vegas style’ this terminology was a negative that was easy to utilise to generate opposition. It would have been much more accurate and effective to depict these casinos as small to average sized integrated resorts, which they in fact were.

Other negative reactions to the casino proposals in 2005 featured concerns abut crime. This is not supported by empirical evidence from the US, where there is zero evidence that crime rates increase city-wide, or even within the neighbourhoods that casinos were located.  This information was not sufficiently disseminated or publicised.

Perhaps the most impactful criticism of these supercasinos, at least among politicians and the press, was that they would exacerbate problem gambling. In the US, land-based casinos have existed for decades, but online gaming has only taken off in the last 5 years or so.

The primary concern often deployed, and which to some extent can be tagged as the cause of this lagging adoption in the US, is the issue of problem gambling.

Online gambling in the US is widely recognised as much riskier in terms of problem gambling than gambling at land-based casinos.

In the US land-based gaming environment, casino staff are trained to recognise and intervene with problem gamblers on a face-to-face basis and casinos fund resources on site to assist the problem gambler.

Yet another argument deployed against the supercasino proposals was that they would drain local incomes.

However, today with the proliferation of igaming there is a much greater likelihood that gaming budgets would be switched from the online channel to a land-based casino.

A substitution, but with the positive result of creating a real-life physical development, creating more jobs, and providing income and revenue to local workers and government. In the case of this substitution, though, there would be the benefit that an array of non-gaming amenities would be developed, creating more jobs, positive economic impacts, infrastructure improvements, and funds for struggling local governments.

If implemented at the correct scale, such developments would benefit the local area by creating an array of amenities that would be engaging, entertaining and a positive experiential addition with broad appeal for the local community.

Given the history associated with the proposal for supercasinos and the issues revolving around the current government, it seems unlikely that the controversial subject of a such properties will be resurrected in the latest government review.

Nevertheless, such casinos could progress the “levelling up” agenda. If these regional integrated gaming resorts were to be considered at some point in the future, the following suggestions would make for a more effective and less controversial pathway:

There would be considerable opposition to any such proposal and passage would be fraught with dissent. However, I contend that there is a role for expanded land-based gaming development in the UK along the lines of an integrated resort.

This, in my opinion, would be less an expansion of gaming and more a redirection of existing channels into a more balanced whole, with greater potential benefits spread across a wider set of stakeholders, and reduced potential for public harm.

Paul Girvan is chief executive of PKC Gaming & Leisure Consultancy. He has been involved in the US gaming industry since its development beyond Atlantic City and Las Vegas, conducting project-specific and statewide analyses for governments, tribes and commercial casino operators. Girvan has conducted numerous nationwide and state level analyses on igaming and its legislative development. He is also the author of the ICE 365 Tribal Gaming Report.