Australian land-based operator Star Entertainment Group has issued a further response to media reports over alleged money laundering, rejecting suggestions it ignored a report by KPMG over supposed failings at the business. 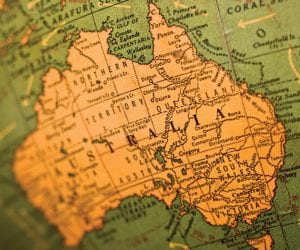 Over the weekend, a joint investigation from the Sydney Morning Herald, the Age and 60 Minutes was published, alleging Star allowed suspected money laundering, organised crime, large-scale fraud and interference at its casinos for years, despite warnings its anti-money laundering controls were failing.

This followed the New South Wales Independent Liquor and Gaming Authority’s decision last month to launch an investigation into The Star Casino in Sydney after concerns were raised about its interactions with junkets and money laundering prevention measures.

In its initial response to the reports, Star said it was “concerned” by a number of assertions within the media that it considered to be “misleading”, but also said it would take steps to address the allegations.

Star has now expanded its response to address claims over allegations it ignored a report by audit, tax and advisory services business KPMG over its anti-money laundering (AML) and counter terrorist financing (CTF) measures.

The media report alleged that reports prepared by KPMG in 2018 were kept secret and not adequately acted on, but Star said these assertions are “incorrect”.

Star said the reports, findings and outcomes from the review were considered by and acted on, adding that the business adopted an updated AML/CTF program as a priority in October 2018, and is undertaking a program of work to enhance its AML compliance framework.

Details of the review and resulting reports were shared with AML/CTF regulator Austrac and referred to in a statement by the Star to the Bergin Inquiry into rival Crown Resorts. Star also said this information was provided to the independent reviewer conducting the subsequent review to inform the assessments undertaken in the next review in 2020-21.

“The Star will provide reports from independent reviews of the Star’s AML/CTF Program and information relating to implementation of improvement programs and current practices to the five-year review of The Star Sydney being undertaken in accordance with the Casino Control Act 1992 (NSW) by Mr Adam Bell SC,” Star said.

Referring back to the report, Star said KPMG made a number of specific recommendations that it could implement to more effectively identify, manage and mitigate money laundering risks.

Star said it initiated a program to address all recommendations from the review and that this program of work was conducted from mid-2018 to early 2020.

The most recent regular independent review of its AML program, Star said, began in late 2020, through which recommendations were made in the ongoing process of continuous improvement. The first stage of this review completed in July 2012 and included, but was not limited to, examining the program of work completed in response to the 2018 review.

Star added that reviewer found its AML/CTF program was effective in pursuit of its purpose, complies with the relevant rules and has been effectively implemented.

“The Star remains committed to ongoing continuous improvement of its AML compliance,” Star said. “To this end, the Star continues to invest in improvements in systems, capability and resources.”