Blackpool South MP Scott Benton feels the gambling sector in Great Britain has been unfairly maligned, and the debate around regulatory reform is in need of a reset. He tells Robin Harrison why the sector has an important role to play in British society - and why it’s time to revisit the supercasino initiative. 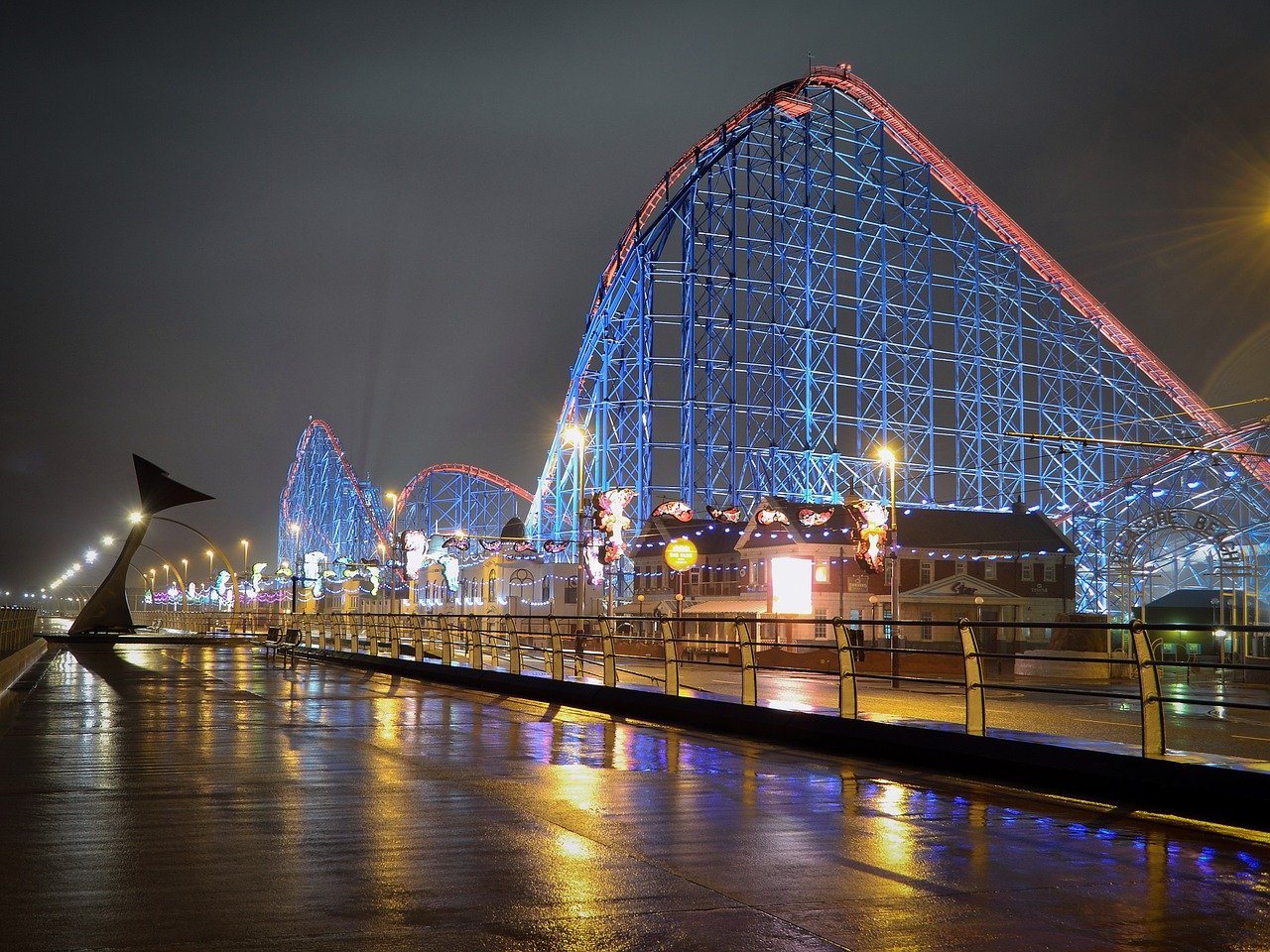 Scott Benton has heard enough criticism of Great Britain’s gambling industry. And as chair of the Betting and Gaming All Party Parliamentary Group (APPG), the Member of Parliament for Blackpool South aims to offer a retort to the sector’s critics.

In his view, the industry is unfairly portrayed in the media, in parliament and among some sections of society. “Bear in mind they are very proactive in helping those with gambling problems through their safe gambling practices,” he says. “Many operators go above and beyond what’s required of them by the Gambling Commission and by government in areas such as research, education and treatment.

“The industry has done everything that could be expected of it to address some of the concerns that are prevalent in parliament and in the media.”

With public perception of the industry at an undeniably low ebb, he feels there is a need to reset the debate. Elected in 2019, following a stint as a teacher and having previously worked for another Member of Parliament, his prior experience of the sector doesn’t extend beyond enjoying a flutter on football or racing.

However, Benton is quick to point out that gambling has a big presence in Blackpool South. “[My] constituency probably has more people working in the different sectors of the gambling industry than any other constituency in England,” he says. “Primarily in seaside arcades and high street betting shops, though we also have a casino as well as a plethora of other industry interests.”

This constituency interest in gambling evolved into a policy interest, which ultimately saw him replace Philip Davies as chair of the Betting and Gaming APPG. The group, he admits, was “not particularly active” when he was elected, with members pursuing other interests.

Benton’s reasons for joining the APPG were twofold. Obviously, he’s keen to make sure his constituency’s interests are properly represented, he explains. But he also wants to ensure the Gambling Act review is handled “on an evenly balanced policy platform and discussion, rather than the sometimes one-dimensional perspective from which the discussion has been approached in parliament over the last few years”.

“My key goals are to protect my constituency interests, and to make sure the gambling industry has a fair say in the review, and both sides are properly heard.”

He does acknowledge that the sector has failed to fight its own corner, however. Key to this was the drawn-out and ultimately damaging debate over fixed-odds betting terminals. This, of course, resulted in maximum stakes being cut from £100 to £2, and widespread condemnation of a sector that failed to see the writing on the wall.

“From a policy point of view, it was inevitable what was going to happen,” Benton says. “I think the industry could have worked more constructively with the government to represent its case.” As he says, he feels this has acted as a wake-up call of sorts, to the point that he feels the sector “has done everything that could be expected of it to address some of the concerns that are prevalent in parliament and in the media”.

The calls for change

And what of his parliamentary colleagues, the Gambling Related Harm APPG? The group that has arguably done more than most to bring all party parliamentary groups into the limelight has been particularly vocal in its criticism of British gambling operators, calling for swingeing new controls, ranging from bans on certain products, restrictions on others and a halt to advertising and sponsorship.

Yet Benton argues it displays “a lack of understanding” of the scale of problem gambling, and the work being carried out by the industry to ensure customers play safely.

“We’re talking about an industry which seven out of ten people in this country enjoy participating in, at least once or twice a year,” he says. “I think different parliamentarians look at the industry, and view the harm it can bring, disproportionately when compared to the enjoyment it brings to many people.

“Essentially, it is part of our national fabric. It sustains well in excess of 120,000 jobs, pays hundreds of millions to the Exchequer, and the fantastic work the companies in the sector are already doing to support and identify those with a problem isn’t sufficiently recognised. Some focus on a small minority of cases disproportionately.”

He appeals to the Gambling Related Harm group to “examine the evidence”.

“The whole debate needs a reset; we need to look at things which are evidence-based and scientific, rather than just hunches or the latest media craze on the issue,” he says. “If we look at things in the hard light of day […] I think people will come to a reasonable assessment in terms of the Gambling Act review and how to protect the rights of people to enjoy a bet whilst safeguarding the very, very small minority of people who have a problem.”

The review, he continues, must look at new opportunities for the land-based channel. Indeed, many are coming to see the process as a major opportunity for the British casino sector. And this has seen the Conservative MP give his backing to a prospect first raised under the previous Labour government, of super – or regional – casinos in the country.

Mooted during Gordon Brown’s premiership in 2007, it would have seen large-scale casinos, essentially integrated resorts, constructed in locations across northern England, with Blackpool, alongside Manchester, suggested as one of the sites. Benton has already spoken out in favour of supercasinos in parliament, and he describes it as “an intriguing prospect, certainly for constituencies like mine”.

“Blackpool, unfortunately, is at the top – or bottom if you prefer – of pretty much every social demographic league table there is in England, whether it’s obesity, unemployment, mental health, poor educational attainment, life expectancy – all of those things,” he says. “When the government talks about ‘levelling up’, it’s been designed for constituencies such as mine.”

He admits that a supercasino would not be a panacea for Blackpool’s problems, but one that would give it the biggest injection of capital, new jobs, growth and optimism for the last – “and this is no exaggeration” – 50 to 100 years.

“The opportunity of a supercasino creating two, three, four, five thousand jobs plus those in the supply chain, pumping hundreds of millions into the economy with hotels, the wider service sector all benefiting would be a fantastic prospect,” Benton says.

“The benefits from a constituency view are plain to see, and my discussions with hoteliers, local businesses and general residents suggests the prospect has wide support. People still remember the debate going back to the last Labour government and are still somewhat annoyed it didn’t happen.”

He feels that while the casino industry has evolved significantly in the years since, the government has at least “left the door ajar” for super casinos to be revisited. Whether those plans could move forward is going to be dependent on operators showing an interest in developing such a facility.

But that, in turn, will require liberalisation of the existing laws for land-based casinos, many of which have been on the statute for more than 50 years.

The fact that changes didn’t materialise in the 2005 Gambling Act – “a golden opportunity to look at casinos” – makes it all the more important to reconsider legislation in the current review, he says.

There are a number of areas that need attention, with sports betting on the casino floor an “obvious” option in Benton’s view. “It’s completely ridiculous you can be in a casino, get your phone out and place bets on sports, but you can’t do it physically in the building itself – that needs to change.”

Cash payments, he adds, are “completely archaic”, considering the move to cashless has been accelerated by the past year. Lines of credit to high net worth customers of London’s Mayfair casinos must be eased for those properties to stay in business.

And when a venue the size of London’s Hippodrome Casino has only 20 gaming machines on offer, there’s something wrong, he continues, arguing that the machine to table ratio even has a negative impact on player protection controls.

“When I go to my local casino, you see people waiting to go on machines, and this has the adverse consequence of keeping them on those devices longer, because they know if they take a coffee break or go for a drink, they may not be able to get back on the machine for a number of hours,” he points out. “That’s a ridiculous situation.”

However, when it comes to high street betting and gaming, Benton is blunt: “Land-based gambling outlets, primarily betting shops, are probably more at risk than they ever have been.”

This comes down to two factors, he continues. One is the rise of mobile betting, and the other is the decline of the high street, which has been ongoing for more than 20 years.

“How you can unpick those two profound changes and see a future for high street betting, well, it’s going to be challenging.”

He does highlight the role of government in protecting the high street, namely through business rates and investment, to help those local environments prosper. And it’s not just an economic argument, he adds, there’s a social benefit to these outlets.

“The thing I would say about betting shops and adult gaming centres is they are a social hub for people, which is something that’s occasionally forgotten,” Benton explains. “It tends to be the same people going in every day – 99% of whom, by the way, can gamble responsibly. You can often set your watch by the time they go in.”

He points out that much is made of the value of pubs to the high street, yet little is said about the value created by betting shops and gaming centres in terms of social value. “I’m not equating them to pubs, they’re two very different categories,” he adds, “but there is an argument for looking at both businesses through that lens.

“The more support the government can give to sustain the high street, and make sure gaming centres and betting shops are a part of it, would be helpful.”

While he plans to push for changes in these areas, Benton remains dubious of one of the other potential developments mooted in the Gambling Act review, that of affordability checks. He believes proposals ranging from stringent checks to soft caps that kick in after spend tops £100 as potentially “using a sledgehammer to crack a nut”.

The plans put forward to date would treat the industry differently to any other leisure pursuit, with an “invasive” attitude towards how much and how frequently people can spend money. “There’s a whole moral and philosophical debate over how those issues should be addressed,” he says.

Ultimately, he says, his hopes for the review mainly centres on fair treatment. With that as the starting point, Benton feels the argument for the expansion will take care of itself.

“That’s the main thing I would really be looking for, a fair assessment of affordability and for the government to resist any proposals that could affect everybody who gambles, and tries to reduce or limit the amount they can gamble. That’s what some parliamentarians are advocating for. It’s disproportionate and ill-conceived,” he says.

“If we get that environment correct, we will see the correct outcomes come from the review.”

For a number of years, it has felt as if the political establishment had largely turned its back on the industry. Now, it appears operators may have a friend in Westminster.