UK-based gaming operator Rank Group returned to profit in the 2021/22 financial year but warned of challenges to come as effects of inflation and energy price shocks add uncertainty to its outlook. 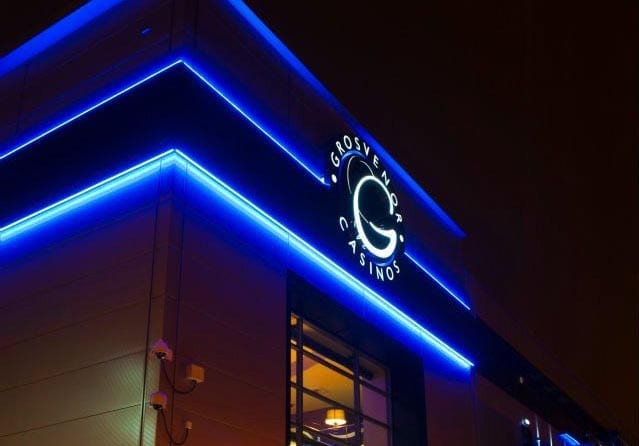 Group underlying profit for the 12 months ending 30 June was £40.4m, compared to the £82.4m loss the business made in the prior period.

The business said that underlying figures were used to allow like-for-like comparisons between different periods by excluding the impact of amortisation, profits or losses on sold or acquired businesses, currency fluctuations and other non-normal costs or revenues.

The business blamed a variety of factors for this – including the continued low levels of international travel, a second-half decline in custom due to the omicron variant of covid-19 and inflationary cost pressures affecting consumer discretionary spending.

These conditions led the group to reduce it’s 2021/22 profit guidance forecast in June from between £47m and £55m to approximately £40m.

“It was a challenging year for our UK venues businesses, with unexpectedly softer trading across the Grosvenor estate in the second half of the year,” he said.

“Our nine London casinos, which account for over 38% of Grosvenor’s revenue in normal trading conditions, have seen very weak customer volumes with overseas visitors few in number, and only starting to return in the final few weeks of the year. The lower-than-expected Grosvenor trading in H2 led us to reset full year operating profit expectations as announced in Q4.”

“Whilst we have been seeing improvements in London in recent weeks, the trading environment across the UK is likely to remain difficult in the months ahead with inflationary pressures squeezing consumer discretionary expenditure and cost increases, particularly in energy prices, putting pressure on profit margins.”

While the land-based segment has not fully recovered from pre-covid highs, Rank’s digital operations, which make up a minority of revenue, grew beyond past 2019 levels.

O’Reilly outlined the changes the group had made to the structure of its digital business:

“Performance in our digital business continues to improve against a difficult market backdrop. The transfer of the Rank brands to our proprietary technology platform is supporting revenue growth and a strong improvement to operating margins which we expect to accelerate with the migration of the Grosvenor brand in the coming weeks.”

Following the publication of the white paper there will be a number of consultations with the Gambling Commission regarding specific policy proposals. The company articulated a number of recommendations in anticipation of this process.

Among the business’s suggestions were for the government to increase the number of slot machines allowed on casino floor, the legalisation of random-number generator and sports betting products on terminals within the casino, and the ability for the casinos to extend credit to high-net-worth individuals.

The company also outlined it’s proposals for reforms to bingo rules: “Our proposals for land-based bingo reforms have been similarly modest.”

“The existing ’80:20′ rule, which requires 80% of our machine mix in clubs to be increasingly obsolete Cat C or Cat D machines in order to provide the 20% balance of more popular B3 machines, is archaic. We have proposed the rule be removed and that the ability to offer side-bets on the main stage game of bingo be permitted,” the business stated.

The business also urged that reforms to digital rules not be too penalising on the industry:

“We have argued against the imposition of a statutory levy and against the blanket banning of free bets, both of which would curtail our competitive abilities,” it stated.

“We hope that any changes to affordability thresholds and online slot limits will provide a line in the sand which sensibly allows customers and operators to adjust to changes and deliver a safer gambling consistent experience without further regulatory creep.”

O’Reilly also stated that in general the business welcomed the upcoming reforms.

“We were disappointed by the delay to the publication of the UK Government’s white paper on gambling regulation,” he said.

“The land-based casino and bingo sectors are in need of long overdue modernisation of the regulations which govern their operation, something which the Government recognised in its objectives for the review. We expect Rank to be well positioned to benefit from the review when it concludes.”