Zynga has launched legal action against two former senior members of staff after alleging that they stole confidential information to support a new employer. 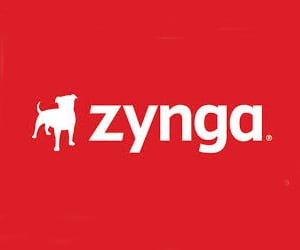 Zynga has launched legal action against two former senior members of staff after alleging that they stole confidential information to support a new employer.

According to the Arstechnica.com website, Massimo Maietti and Ehud Barlach, who left Zynga in July and September respectively, took the data to social gaming startup Scopely.

In a 28-page civil complaint, Zynga said Maietti was the creative director on “one of Zynga’s most ambitious soon-to-be released games, which goes by the code name Project Mars”, while Barlach was general manager of Hit It Rich! Slots.

Both men are alleged to have stolen vast quantities of data, as well as enticing former Zynga colleagues to their new company.

Having carried out its own “forensic examination” of the pair’s activities, Zynga said that one day before resigning, Maietti used a Google Chrome browser on his Zynga-issued laptop to access a Zynga-owned Google Drive account.

On July 7 of this year, more than 20,000 files and folders were located within Maietti’s Trash but were subsequently deleted in what Zynga said was a “failed attempt by Maietti to cover his tracks”.

Zynga added in the lawsuit that the files “have identical names to those in Zynga’s Google Drive account” and consist of “extremely sensitive, highly confidential Zynga information,” such as “wholesale copying of the Project Mars folder” and “unreleased game design documents”.

Barlach allegedly took part in similar data copying, as well as advising a Scopely recruiter which staff to target at Zynga.

In response, Scopely recruiter Christina Dunbar responded to Barlach by text: “Thanks!! I was saving that for your first day! LOL I would be happy to hear about anyone you think I should be trying to speak with. Obviously I know you have that clause about not taking people so I am always careful.”

Zynga is yet to comment further on the case, while Scopely has not responded to a request for comment.