A new study commissioned by Finland’s state-owned gaming operator Veikkaus has revealed a slight decline in problem gambling among the country’s population. 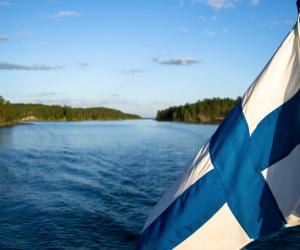 A new study commissioned by Finland’s state-owned gaming operator Veikkaus has revealed a slight decline in problem gambling among the country’s population.

Some 2.3% of the population – around 95,000 people – is estimated to have a gambling problem according to the study carried out by market research specialist Taloustutkimus. This saw 5,000 Finnish citizens aged between 15 and 79 interviewed between February and April this year.

That number is down from the 2.8% of respondents classed as showing signs of a gambling problem in the previous edition of the survey, that was published in November 2019. It also represents a 28.6% decline from the 3.3% problem gambling rate revealed in a December 2017 survey.

Veikkaus said 26% of those with gambling problems identified Veikkaus as the only operator they played with. A further 15% of respondents that only gamble with offshore operators said they considered themselves to have a problem.

The operator said it expects the shut-down of its slot machine network – which Veikkaus said is considered to the biggest cause of problems — between March and July as a result of novel coronavirus (Covid-19) will have “a significant impact on both gambling as a whole and the problems caused by gambling”.

During the period, it added, there were some signs that land-based players migrated to Veikkaus' digital offerings, but added this shift was small in terms of both customer numbers and gaming revenue.

Gross gaming revenue for the six months to 30 June fell to €607.2m, with Veikkaus estimating that the total was down by around €200m as a result of the disruption caused by Covid-19. Its profit of €332.7m for the period was down 33.6% year-on-year.

This will be followed by the introduction of mandatory registration from January 2021, requiring all players to have an account with the operator in order to gamble. Until this comes into effect, all slot machines will display timers, which notify players after every 15 minutes of play.