The Tennessee House of Representatives has passed a bill that would legalise sports betting in the state to Governor Bill Lee, with local media reporting that he will allow the bill to pass into law without signature. 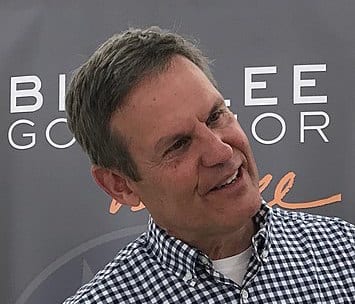 The Tennessee House of Representatives has passed a bill that would legalise sports betting in the state to Governor Bill Lee, with local media reporting that he will allow the bill to pass into law without signature. SB0016 cleared the House by a vote of 51-40 shortly after also passing through the state Senate by a vote of 20-12, following a number of amendments. The bill replaced a previous version (HB0001) that passed the House last week and the House has now agreed with the new amendments made by the Senate. Governor Lee (pictured) has been outspoken about his opposition to plans to legalise sports betting, but it is reported that he will allow the bill to pass into law despite his own concerns. When contacted about the reports, Lee’s office directed iGamingBusiness.com to a local media publication that included comments from Lee’s press secretary, Laine Arnold, suggesting that this will be the case. “The governor has said he does not believe that the expansion of gambling is best, but he recognises that many in the legislature found this to be an issue they want to explore further,” Arnold, said, according to the Tennessean. “He plans to let this become law without his signature.” SB0016 includes provisions for wagering via kiosks and interactive wagering. As set out in one of three Senate amendments, operators will have to pay $50,000 (£38,250/€44,530) to apply for a licence and $750,000 to secure the permit. The sports betting tax rate would be set at 20%, down from the 22.5% that the House had originally proposed. Operators would only be permitted to use official data from sports leagues when offering betting services. The only exception would be if a licensee could prove the governing body of a sport or sports league, organisation, or association could not provide a feed of official league data for live betting “in accordance with commercially reasonable terms, as determined by the board”. Professional sports leagues would also have the ability to request that betting or certain types of wagering on select events be prohibited. Such a request can only be made if there is clear reason that betting would be “contrary to public policy, unfair to consumers, or affects the integrity of a particular sport or the sports betting industry”. Should the bill pass into law as expected, it would become effect from July 1 this year. Image: Wat2018