France’s latest nationwide public health survey has revealed that while overall gambling participation has dropped since 2014’s edition, there has been a notable uptick in at-risk and problem gamblers in the country. 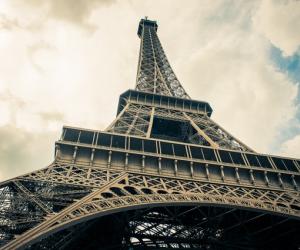 France’s latest nationwide public health survey has revealed that while overall gambling participation has dropped since 2014’s edition, there has been a notable uptick in at-risk and problem gamblers in the country.

However, regular gambling is less prevalent, with only 28.6% saying they gamble at least once a week, and just 1.2% played daily.

By far the most popular form of gambling is lottery, with 65.0% of gamblers saying they bough tickets for draw-based games, down from 72.3% in 2014. Instant win games followed, with 56.9% of players gambling this way.

For the majority of French gamblers, the survey found that annual median gambling expenditure was around €72.0 (£65.1/$81.1), with only one player in ten spending more than €1,000 per year.

It did, however, note that there was a significant concentration of spending among the most avid players; just 10% of players accounted for 82.8% of total gambling expenditure. Furthermore, just 1% of this group accounted for 49% of spend. This was attributed to increased spending on the regulated online verticals, horse racing, betting and poker. Sports betting in particular saw customer spend rise markedly, the survey noted.

It was also noted that there had been a significant rise in players that were at-risk of, or suffering from, gambling problems. Using the Canadian Problem Gambling Index (CPGI), a questionnaire that assigns subjects a risk level based on their responses, the survey estimates that 4.4% of players are at risk of developing problems, up from 3.8% in 2014.

The percentage of players classed as problem gamblers, meanwhile, has doubled since 2014 to 1.6%. This, the survey notes, suggested that 1m individuals can be classed as moderate-risk gamblers, and 370,000 problem gamblers. These players are thought to generate almost 40% of gambling turnover.

The problem or at-risk gamblers tend to be younger men, from modest social backgrounds, with lower levels of education and income. They are also frequently unemployed.

They are also more likely to be sports bettors, a vertical the study claimed was three times as likely to be played by moderate-risk gamblers than lottery games, and six times more likely than for problem players.

Further research, this time focusing on igaming customers is to be carried out by the Observatoire Français des drogues et des toxicomanes in a survey due to take place at the end of 2020. This will aim to better understand changes in gambling behaviour and risks with online play.

The survey has been published after a new era began for gambling regulation in France, with the Authorité nationale des jeux (ANJ) coming into force. It acts as the country's first single regulatory authority for all forms of gambling, and replaces L'Autorité de régulation des jeux (ARJEL) as the watchdog for the online market.