The Philippine Amusement and Gaming Corporation (Pagcor) has issued a warnings to citizens about the dangers of illegal gambling, after receiving reports about illegal online bingo games being organised in the country. 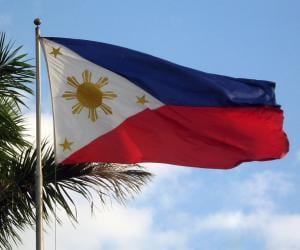 The Philippine Amusement and Gaming Corporation (Pagcor) has issued a warnings to citizens about the dangers of illegal gambling, after receiving reports about illegal online bingo games being organised in the country.

The regulator warned that these games, which were being promoted through Facebook, were exploiting uncertainty caused by the novel coronavirus (Covid-19) pandemic to steal players’ money, financial information and commit identity theft.

Furthermore, Pagcor pointed out, playing these illegal products is also a crime.

“Pacgor is committed to the prosecution of persons involved in such illegal activities, because of the strong link between illegal gambling and organised crime who are also engaged in credit card fraud, identity theft, money laundering, among others,” it explained.

The regulator’s warning comes after the Philippines Offshore Gaming Operators (POGOs) saw operations significantly disrupted by Covid-19. These operators were ordered to temporarily cease activities from 18 March, but it was announced on 1 May that they would be permitted to resume operations, provided their tax affairs were in order.

This meant that they had to have paid all franchise tax owed to Pagcor, as well as additional taxes to the Bureau of Internal Revenue, and regulatory fees for April. However, with many operators in arrears, this has led to significant delays in their return to business.

According to local media, a number of POGOs have either confirmed or are planning to pull out of the market as a result of the disruption, with a number of service providers also thought to be shutting down.

While POGOs have long been controversial, to the point that China has demanded the industry be shut down because of targeting of Chinese nationals, they are a significant contributor to the Philippines economy, providing more than 31,556 jobs as well as tax revenue.

The industry is also a major source of funding for the real estate industry, which has earned an estimated PHP25bn from leaseholds and rent payments, according to Pagcor.

For the three months to 31 March 2020, gambling revenue from Pacgor’s sector fell 5.7% year-on-year to PHP17.22bn, with land-based casinos shuttered from 15 March. Facilities in certain parts of the country began to reopen from 8 June, though were limited to 50% capacity, with larger facilities unlikely to follow until July.