The financial difficulties and challenges faced by online esports betting operators are in stark contrast to the excitement at esports’ role in Las Vegas’ future. ICE365 speaks to the stakeholders working to add esports to the city’s range of entertainment options. By Buck Wargo 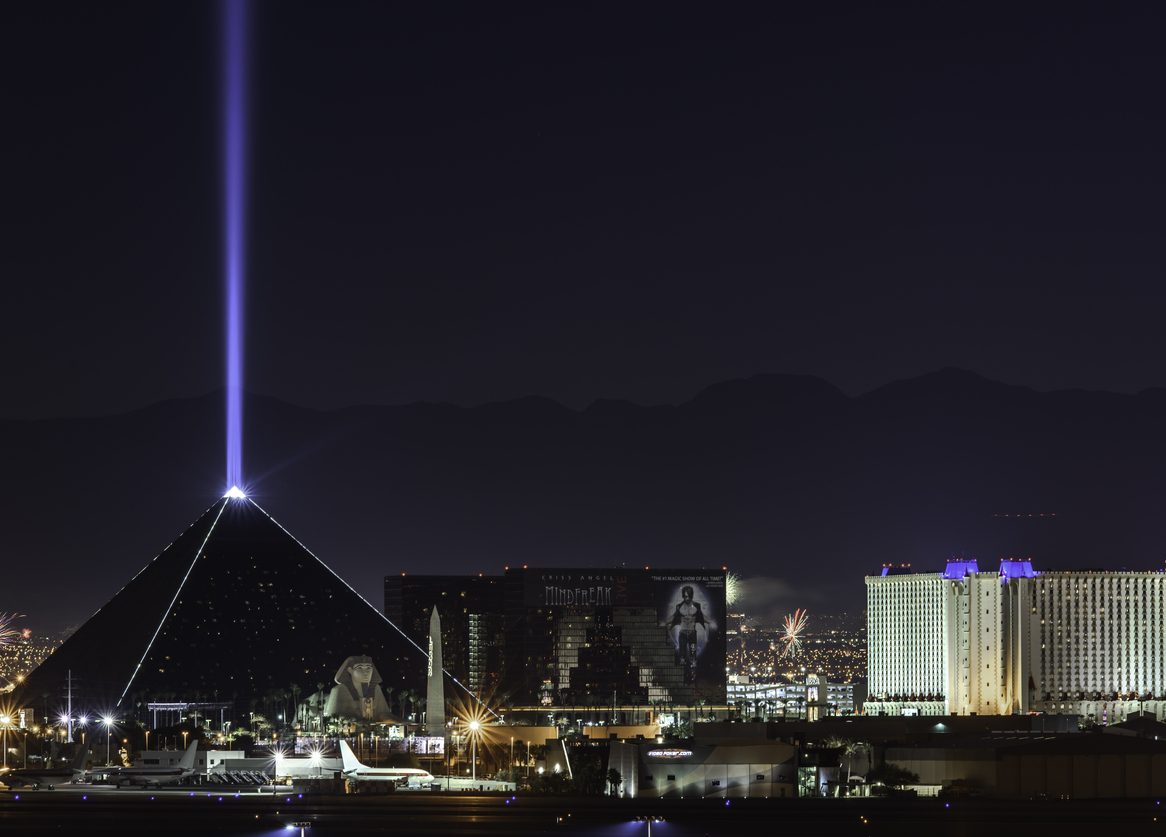 Around the world, online esports betting operators are cutting back and facing significant challenges. Businesses such as Esports Entertainment Group and Ebet are pivoting to focus on traditional real-money games and essentially limiting their focus on what was once considered their unique selling point.

Yet in Las Vegas, esports is a source of significant excitement. The city’s esports community sees economic opportunity in hosting live events and attracting businesses.

The Center for Business and Economic Research at the University of Nevada Las Vegas recently hosted an event on the esports economy and the role Nevada will play in its future, including attracting various high-tech companies in the esports industry. The setting, a 1,000-seat esports arena on the at the Luxor Hotel & Casino on the Strip was particularly apt,.

Las Vegas is a city rebounding strongly from Covid-19, with visitation approaching pre-pandemic levels and gaming revenue at its highest levels in history. And it wants to cash in on one of the globe’s fastest-growing sporting events, befitting its new moniker of ‘Sports and Entertainment Capital of the World’.

The National Football League is now in town with the Raiders joining the National Hockey League’s Vegas Golden Knights, the Ultimate Fighting Championship, boxing matches and Nascar. Vegas even hosts premier events in college basketball and soccer. The National Basketball Association is expected to arrive by the end of the decade, and Major League Baseball could be part of  its future too.

The Evolution Championship Series, known as Evo, focuses on fighting games and has been held in the city  for years, while it has also hosted League of Legends finals. Las Vegas, however, wants much more. It sees the benefit of global branding by attracting esports enthusiasts to fill thousands of hotel rooms and place bets on televised tournaments at casinos or on their phones.

“Esports is at the top of our list of emerging verticals,” says Lisa Motley, senior director of sports and special events at the Las Vegas Convention and Visitors Authority. “We recognise the value not just from a programming standpoint of [events at our arenas] but also the business-to-business component of the tech sector [of esports] and grow their events that will touch multiple hotel properties and drive more to us as a destination. Our vision is wide and far for esports.”

Seth Schorr, CEO of Fifth Street Gaming and chairman of the Downtown Grand Hotel & Casino in Las Vegas, believes the city is a great destination for any group of fanatics that want to be in a big arena together.

“We’ve been positioning Las Vegas as a mecca for esports for many years,” Schorr says. “The narrative has evolved on how Las Vegas is thought of as a sports destination. When we started the esports narrative in 2015, we weren’t. It so happens that now we are, and esports is an extension of what Las Vegas now is. It’s a perfect evolution.”

Christopher LaPorte, the founder of Reset, a hospitality consulting firm focused on the development of a new era of nightlife and entertainment for the Las Vegas market, says the city can hold events “that are way cooler” than a hotel conference room in Los Angeles. In 10 to 15 years, he predicts esports arenas in casinos will be as common as poker rooms are today, as resorts see their value to attract a younger audience.

“There’s a $15m esports tournament in Saudi Arabia, but can I pull that off here? No, I wouldn’t even try,” LaPorte says. “But we can grow this market the way it has been. We have a Call of Duty and Overwatch team coming to this town next year. Let’s make sure we have the community help us propel that team so it has this impact.”

While esports gets more attention globally, the interest is growing in the US, LaPorte adds. Rocket League recently sold out a 12,000-seat arena in Fort Worth, Texas. Los Angeles had similar numbers for the Call of Duty league finals.

“There’s a market there,” LaPorte says. “We are seeing in other states where people are paying [up to $200 for esports tickets]. We want to continue a narrative because we have more to offer.”

Jud Hannigan, the CEO of Allied Esports, was involved in the development of the esports arena at the Luxor. As well as appealing to local residents, he says the venue attracts people who drive from Los Angeles and Arizona every week to compete in smaller-scale tournaments and events. Allied might have built its first arena in Beijing he explains, but it knew Vegas had to be on its roadmap.

“One of the things Vegas does better than any place on earth and one of the things we have done as a company and why we built this arena is harness the excitement that Vegas offers all around the world,” Hannigan says. “Hey, come play in Las Vegas. Come see MrBeast versus Ninja in Las Vegas. They can come to an event and experience everything Vegas has to offer. It brings in the fanbase and viewership that comes with [the stars in esports].”

Schorr points out there are many cities trying to establish themselves as an esports mecca with their arenas, but Las Vegas had a head start. Nevada is on pace to expand its esports betting offerings in 2023 to attract events and allow casinos to promote them and get more people to bet on it.

“We will be glad that esports and [the] gamer audience are here for a long time to come,” he says.

Motley says Las Vegas and its casino resorts need to bring in the esports-focused convention customer before they can get anyone to buy in on spending the money needed to bring the League of Legends world championship to T-Mobile Arena. That doesn’t monetise itself right now, but the hope is that in the future esports can print money for casinos much like nightclubs do today.

Brett Abarbanel, director of research for the UNLV International Gaming Institute, applauds Las Vegas’ efforts to attract major competitions and conventions built around video games. She describes how Las Vegas has been through many evolutions, from being under mafia control to having corporations running casinos.

As it’s become more corporate, Las Vegas has rebranded many times. The Strip’s various guises have included one of being family-friendly, luxury and theme-driven like the Luxor’s pyramid where the esports arena was located.

“The city really embraces the fun economy,” Abarbanel explains. “It’s more than going to a luxury place and more than going to a club. It’s going to an esports arena, restaurant and it’s all-encompassing and part of the experience economy. We want to buy our experiences. They are memorable, and that’s something esports and gaming strive to create.”

LaPorte says American kids today are raised with games on social media, loot boxes and Dave & Buster’s and suggests they will be eager to bet on esports. Las Vegas can create the market when it materialises.

Schorr adds that Las Vegas properties are highly competitive and constantly on the lookout for new shows and restaurants, and that sportsbooks and their mobile betting platforms are always looking for ways to compete. He sees people wagering against each other in the future with some sort of hybrid slot machine and video game.

There are 18 mobile operators in Las Vegas and those that are innovators will incorporate skilled gaming and esports to engage a younger audience, Schorr points out.

“It’s been a very challenging time for the gambling industry, and the priority of bringing esports into their system is not at the top of their list,” he says. “But I know it’s something every major operator has talked about.”

Nevada knows how to do things the right way, Schorr notes, pointing to the Nevada Athletic Commission, whose oversight made the UFC a prominent international enterprise.

Other cities jostling for esports money

Cities such as Atlanta have positioned themselves as esports capitals and brought in high-level events, but this competition is to be expected. But according to Schorr, Vegas has something the others don’t…

“If any city is set up to do it, it’s Las Vegas,” he says. “No other city is going to have the resorts we have and never have the infrastructure. It is an approach that will be successful.”

LaPorte concedes other cities may have more colleges and larger populations of younger people, but Las Vegas “makes it cool and normalises it like no one else can do”.

“We can make esports awesome and not just guys in a conference centre playing video games and creating that unfortunate stigma that is still there,” he explains. “The more we champion esports and gaming, I don’t think anyone can match [us].

“We are the entertainment capital of the world. We’re going to showcase why this is important, and then we can get into the gambling side. We have a head start on everyone. I don’t care what New Jersey says they’re doing. I see their numbers and they’re trash, which means we have a significant advantage.”

After all, no one expected Las Vegas to be an NFL city, Motley says. The most popular league in the US came because of what the city is and its hospitality. It’s in the city’s DNA, she says.

“If we can lay the same foundation for esports, the events will come,” Motley says. “We can’t pick up the phone fast enough. Whether it’s Texas or Fort Lauderdale, they are giving them free space, and [when] we say, ‘We can’t do that,’ they say, ‘But we want to come to Las Vegas.’

“We get events other cities would pay for because they want to be in the heart of Las Vegas. We’re category one, and no one is going to stop us.”