Politicians in Northern Ireland are seeking guidance from their Westminster colleagues as they launch an inquiry that could finally lead to the establishment of new gambling laws in the province. 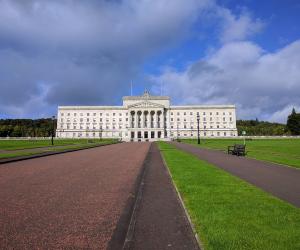 Politicians in Northern Ireland are seeking guidance from their Westminster colleagues as they launch an inquiry that could finally lead to the establishment of new gambling laws in the province.

The recently formed All Party Group on Reducing Harm Related to Gambling at Stormont will take guidance from the Gambling Related Harm All Party Parliamentary Group at Westminster as they progress with the inquiry. Evidence sessions are expected to begin in September this year.

A statement from the Stormont group said proposals would be used to “toughen up” Northern Ireland’s archaic gambling laws, which date back to 1985. The group hailed the work of their Westminster peers who last week concluded a year-long inquiry with calls for a total ban on gambling advertising and restriction of online slot stakes to just £2.

“From our perspective the timing could not be better,” the Stormont APG's chair Robbie Butler MLA said. “We’ve been in touch to exchange notes and we’ll be asking the Westminster chair Carolyn Harris MP to give evidence to our inquiry when it begins in the autumn.

“This is not about banning gambling; it is about protecting the vulnerable and making our laws fit for purpose. Our members are from across the political divide and there is a very strong sense of common purpose between us. Working with our peers at Westminster will bring obvious benefits to the inquiry.”

The Westminster APPG’s report outlined 30 recommendations and called for a complete overhaul of gambling regulation in the UK, stating the Gambling Commission is not fit for purpose.

Chair Harris said: “This multi-million pound industry has destroyed people’s lives. They have shown time and again that they will not effectively self-regulate. The Westminster APPG has set out over 30 recommendations to reform our online gambling industry and these changes cannot come soon enough.

“We are looking forward to sharing our experience of calling for gambling reform with Stormont colleagues and working together where we can in the coming weeks and months to make gambling safer, fairer and better regulated in both GB and NI.”

The current Northern Irish gambling legislation, the Betting, Gaming, Lotteries and Amusements (Northern Ireland) Order 1985, does not include any mention of online or mobile gambling due to its age.

Last year, Northern Ireland Department for Communities began a consultation on gambling legislation reform. It said new legislation wiould be underpinned by three main objectives, keeping crime out of gambling, ensuring fairness within the gambling industry and protecting the young and vulnerable. The consultation came eight years after a similar investigation failed to progress new legislation.

The 15-strong All Party Group is led by UUP representative Butler and includes members from across the province's political parties.