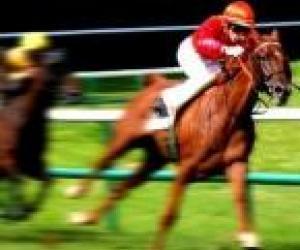 Meech, currently head of risk and regulatory affairs for the horse racing body, will take up the role of general counsel on the organisation’s ELT.

Moncur, who has been serving as its head of media operations and commercial development at RITA, will serve as the ELT’s new general finance manager.

“Our ELT values diversity of thought and leadership, and Meech and Moncur’s skills and understanding of the business and its people will be invaluable as full participating members of the ELT – particularly as we transition to, and become, TAB NZ,” RITA said.

The double ELT appointment comes after RITA last month admitted concerns that the New Zealand Racing Industry Bill does not offer enough flexibility for the roll-out of new betting products.

Should the bill pass into law, RITA would evolve into TAB NZ, but the transitional body said the proposed structure “is not yet where it needs to be”. However, the organisation did also reveal that a bill regulating online gambling may be in the works.

In November last year, RITA also published mixed financial results, reporting that though it failed to hit profit targets in its 2018-19 fiscal year, its performance in the current year was ahead of expectations.

However, RITA also revealed that turnover and profit for the year-to-date were both ahead of initial expectations, with profit NZD$2.9m ahead of budget.