The Nagasaki Prefecture government has said its chosen integrated resort partner Casinos Austria International will describe how it plans to fund the resort in detail, after a public consultation raised “worries” over the operator’s ability to fund the project. 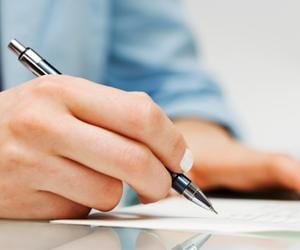 The prefecture opened a public consultation about the integrated resort project on 21 December, inviting the public to provide their own opinions on Casinos Austria International’s proposed resort.

One member of the public said that they were “worried” about Casinos Austria International’s ability to secure investment to guarantee that it could fund the development. The planned investment required for the resort is JPY350bn (£2.29bn/€2.73bn/$2.99bn).

In response, the government said that “the operator will describe specific efforts to further increase the certainty of financing in the area development plan, and will work to stabilize the finances in line with the plan”.

In addition, one response noted that the 8.4 million expected annual visitors to the site was much larger than existing transport networks could support, and similar to the total number of visitors to the entire Okinawa Prefecture, which is popular with tourists. The commenter argued that these estimates were likely too high, and called for “realistic numbers” instead.

In response, the government said it was “working to attract and increase flights on international air routes at Nagasaki Airport”, which would help support the large number of visitors.

Another comment noted that the site of the resort – the Huis den Bosch theme park – already includes an off-track betting office from the Japan Racing Association (JRA), which will continue to exist when the IR is built.

This member of the public argued that offering a combined casino and betting experience would be “very attractive”, and would make Nagasaki’s IR bid stand out from others. As a result, it proposed building more betting offices within the site.

However, the government rejected this idea. It said that the IR plan must include steps aimed at “eliminating the harmful effects of the casino business”, and that this would not fit in with the plan.

Many other comments dealt with the design of the resort, and were critical of the attempts to blend “Eastern” and “Western” architecture, with one commenter arguing that only a small portion of the resort took inspiration from Japanese designs.

Similarly, one comment argued that the food offered on site should be more reflective of Japanese cuisine.

Casino Austria International was selected by Nagasaki in August before signing the new agreement to move forward with development. Mohegan Gaming and Entertainment and Oshidori International Development had been in the running before the latter opted to withdraw its application.

Oshidori said it did not approve of the development and operation rules imposed by the prefecture and that the request for proposals (RFP) process is not being implemented ethically or fairly. In a statement, the business also said it had encountered “multiple suspicions of ethical fraud in the RFP process.”