Esports betting operator Luckbox expects to receive final approval for its listing on Toronto’s TSX Venture Exchange (TSXV) by October, and has set out an expansion roadmap that will see it grow its management team and launch a B2B arm. 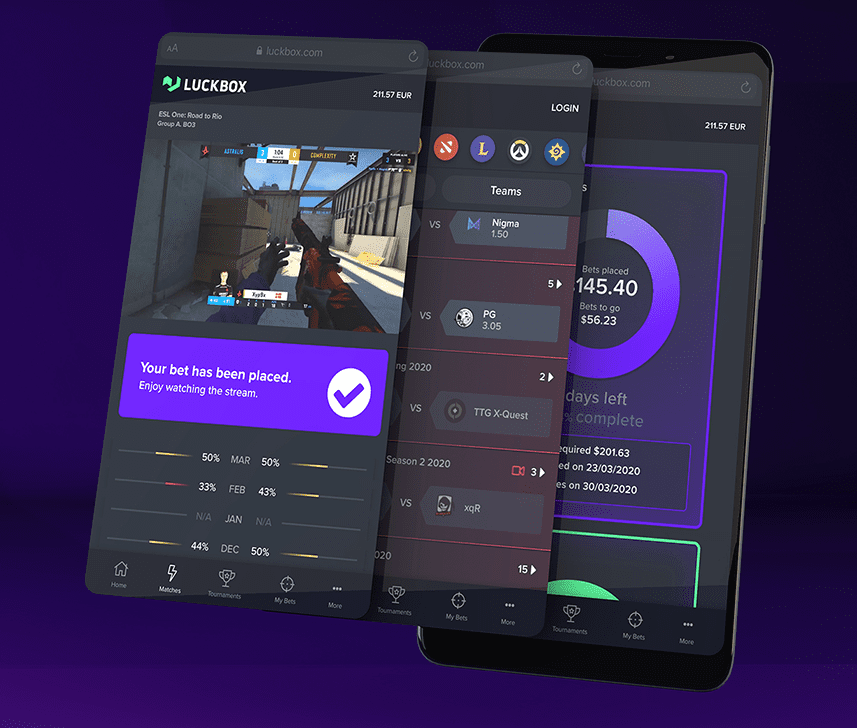 Esports betting operator Luckbox expects to receive final approval for its listing on Toronto’s TSX Venture Exchange (TSXV) by October, and has set out an expansion roadmap that will see it grow its management team and launch a B2B arm.

It comes after the company confirmed that its oversubscribed financing round closed at CAD$5.0m (£2.9m/€3.2m/$3.7m), significantly above the initial target of between CAD$2m and $3m. The first tranche of the funding drive brought in CAD$3.8m alone, which increased to $4.5m through the sale of additional subscription receipts.

The subscription receipts sold will automatically be exchanged for securities in Elephant Hill, the capital pool company with which Luckbox’s parent company Esports Limited will merge to secure its TSXV listing.

“The management team and board of directors have been working hard to prepare for the public listing,” chief executive Quentin Martin said. “We have enjoyed positive discussions with the TSXV, completed the business plan required for filing, draft financials are complete, with final audit sign-off expected by end of July.

Following the completion of its fundraising, Martin issued an update to shareholders, highlighting a number of key operational achievements in the first half of 2020. Since November 2019, Martin revealed, betting volume has soared 500%, with new titles such as Fifa and NBA2K now available on its platform.

It looks to build on this further in the second half of 2020 by adding traditional sports betting to its platform, as well as casino games. Customer acquisition features and client relationship management (CRM) is to be enhanced, with promotions such as free bets to launch.

The operator is also looking to acquire an additional licence to give the business access to new regulated markets in the coming two years. This, it said, would allow Luckbox to both grow its customer base, and launch marketing campaigns targeting high value players.

It also plans to expand its team, and is actively recruiting for five key positions, including a head of growth to oversee customer acquisition and quickly grow its B2C business.

This will be supported by an expansion into B2B services, with the business looking to acquire an esports odds provider.

“This means Luckbox will be able to offer an unparalleled esports betting B2B solution, something we know major traditional sports operators are looking for at the moment and our intention is to sign our first B2B partnership within the next year,” Martin said.

“In summary, Luckbox is pleased to have completed a CAD$5.0m financing in connection with its go-public transaction by way of a business combination with Elephant Hill during a challenging period while successfully meeting its Q1 and Q2 roadmap targets which included adding additional languages, user acquisition partners and additional esports titles,” he added.

“We have made tremendous progress in 2020 and look forward to becoming only the second listed dedicated esports betting company on a public exchange.”