Loto-Québec has agreed to a principal agreement with the leadership of public sector union Syndicat des Professionnels et Professionnelles du Gouvernement du Québec (SPGQ), pending a vote of union members, after strike action had delayed the launch of a new lottery product. 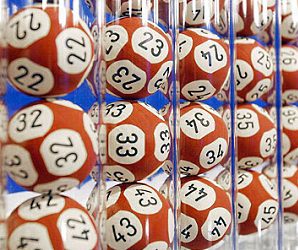 The indefinite strike, which began on 10 September, is now over.

“All of Loto-Québec’s professional staff will therefore be back at work tomorrow, 14 September 2022,” the union said.

While the principal agreement is a significant step forward in the negotiations, there is still a possibility that the deal could be rejected in the union ballot. On 25 August, an agreement was announced between the two parties – only for it to be rejected when put to a vote, leading to the initial industrial action.

The lottery subsequently accused the SPGC of engaging in bad faith tactics due to the break down in the negotiations. The union responded in an open letter:

“Regarding the filing of a complaint for bad faith bargaining against your union representatives, the SPGQ reiterates that it did indeed recommend the agreement as agreed at the AGM of 29 August. The employer would benefit from verifying its sources.”

“The rejection of the tentative agreement by 72% of voting members with 95% turnout is an expression of their dissatisfaction and their decision must be respected by the employer,” said the SPGC.

The strike had derailed the planned Québec launch of the revamped Canadian lottery, Lotto 6/49 – along with causing further disruptions to the working of the lottery, such as consumers being unable to redeem tickets either at retail sites or via the corporation’s smart phone app.

The discussions between the negotiators on both side have in the past been marred by enmity. In one notable incident, Loto-Québec sent a letter on 7 September to staff at the state-owned business, making allegations regarding the union’s role in the negotiations. The SPGC subsequently responded by accusing the business of obstructing trade union activities and breaking labour law. It states:

“The letter of 7 September 2022 addressed to professional staff by the management of Loto-Québec is an interference in the negotiation process of the collective agreement. The business suggests that the union has created an impasse in the negotiations and that it is up to it to review its demands in order to restore the bond of trust so that the negotiations can resume. It uses thinly veiled threats.”

“The employer’s comments undermine the union’s status as the exclusive representative and representative of Loto-Québec employees. This is a serious act of obstruction of trade union activities within the meaning of article 12 of the Labour Code. A complaint to the Administrative Labour Tribunal will be promptly filed to this effect.”