Dutch regulator de Kansspelautoriteit (KSA) has suggested that slot machine arcades in the country are yet to fully comply with responsible gaming guidelines requiring them to monitor levels of problem gambling among players. 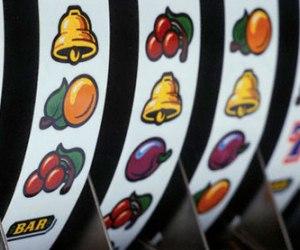 The KSA conducted inspections of 20 gaming arcades across the country in the last two months, as it announced it would do back in October. The purpose of this was to ascertain whether they were complying with new responsible gaming guidelines which came into force in April.

Said guidelines state that slot machine arcades are obliged to record data about possible excessive gaming, and log any interventions in gaming behaviour.

As per the the Remote Gambling Act which came into force when the igaming market launched on October 1, arcades are also required to record all player visits to check players against the Central Register of Exclusion of Chance Games (Cruks).

The gaming market launch was initially delayed by a day due to a fault with the Cruks system.

According to the KSA’s research, arcades are successfully interacting with the Cruks register but are not yet recording data on potential problem gambling.

The regulator said: “The first conclusion of the KSA is that slot machine arcades have mainly invested in access for Cruks. The sample shows that this new legal obligation is being followed closely in the arcade sector.

“The other additional requirements in effect from 1 April 2021 have not yet been sufficiently fulfilled. It became clear to the KSA that many arcades are in the process of setting up a system for recording data about gambling addiction that complies with the new law. All visited arcades received individual feedback from the KSA.”

The KSA has said it will carry out the same checks in April 2022, with some already inspected arcades being revisited.