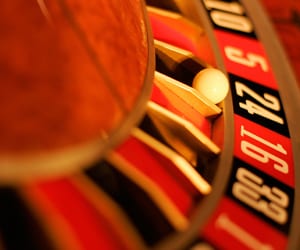 It could be another decade before Japanese law-makers consider whether the newly introduced Integrated Resorts (IRs) Bill should be expanded to allow more casinos to open across the country, according to Grant Govertsen, Union Gaming’s managing director and head of Asia equity research.

On Friday, the upper house of Japan’s parliament approved the bill, which will initially allow a maximum of three casinos to open across the country as part of broader entertainment and business resort complexes.

With the majority of Japanese citizens – and many politicians – against the introduction of casinos, the possibility of expanding upon the three initial locations will only be reviewed after seven years.

“Quite frankly, seven years from now we’ll be lucky if any of the IRs have been operating for as much as one year,” Govertsen told iGamingBusiness.com.

“So in all likelihood the review to decide if further expansion is warranted is probably 10 years away. In that context, and as Japanese citizens get to experience IRs over a several-year period, the public opinion will probably turn positive and thus make expansion more palatable.

“That said, even in a situation where there is public support, we would not envision a wholesale expansion of gaming. Rather, we’d expect very measured expansion with one or two IRs approved at a time.”

The new bill comprised a number of restrictions designed to stifle significant growth of the sector in the country for the foreseeable future at least.

Casino space will be capped at three per cent of the total resort size, while Japanese citizens will be blocked from visiting casinos more than three times per week or 10 times per month and will have to pay ¥6,000 (£41/€46/$54) per visit. Foreigners will be able to visit the casinos for free.

However, despite the caveats, Govertsen added to iGamingBusiness.com that it is a “relief” that the long-awaited legislation was pushed over the line.

“While the bill is far from perfect, the fact that IRs are now on course to become a reality is enough of a victory for the gaming industry,” he added.

“Our view is that we’re still more than one year away from local-level RFPs to select operators and consortiums, so there will be a lot of moving parts going forward as companies continue to do the dance with each other.

“It is too early to ascribe any value to the Japan opportunity to the gaming equities, as not only do we not know who will end up with a license – it’s possible that we might only see one international operator receive a license. We also don’t know what the economics will look like in any joint venture.”

In terms of Japan presenting a long-term threat to the dominance of Macau in the gaming industry in Asia, Govertsen said it is too early to make an accurate prediction.

“Japan will be a very large gaming market as measured by GGR and, on an overnight basis, is likely to be the second largest in Asia behind Macau, but the vast majority of the GGR generated in Japan will be from locals given the sheer population size and wealth,” Govertsen said.

“At the margin we could envision Japan siphoning off a few percentage points of VIP play from markets like Macau. However, considering that we’re talking about seven or eight years from now, there are a lot of other factors that could crop up in the meantime that could have even greater impacts on markets like Macau.”