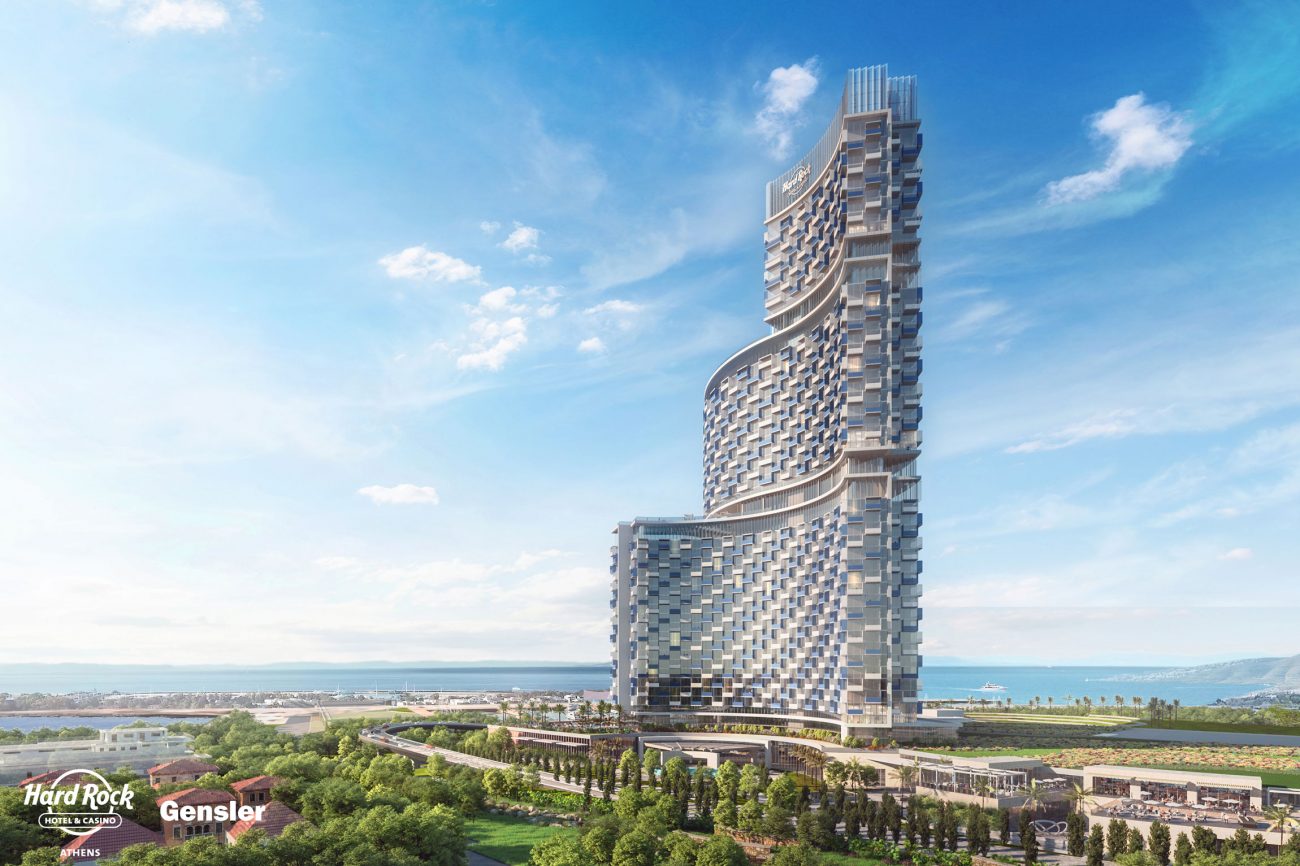 The 5-Star luxury resort, which is scheduled to open in 2026, will be known as Hard Rock Hotel & Casino Athens after the group replaced Mohegan Gaming and Entertainment on the project.

Local construction group GEK Terna and Hard Rock – which lost out to Mohegan during the initial tender more than two years ago – will collaborate on the building and operation of the resort, with work expected to begin within the first months of 2023 and last about three years.

Hard Rock will now develop the project, with a 200-metre-high tower as its centrepiece, that was initially rejected in early 2020.

“We are thrilled to announce the partnership with GEK Terna Group and further expand Hard Rock’s reach across the globe in the great city of Athens,” said Jim Allen, Hard Rock International’s chairman. “This development will bring over 3,000 jobs to the people of Greece and we look forward to bring our unique brand of entertainment to provide an unparalleled experience for guests of all ages.”

Plans for an integrated resort at the former site of Hellinikon International Airport were first revealed in 2019, with Mohegan and GEK Terna’s joint venture, Inspire Athens, winning the tender in early 2020.

However, Gek Terna later announced. Last October, GEK Terna deal to buy out joint-venture partner Mohegan Gaming and proceed with the project as Athens IRC. Since then, reports have suggested Hard Rock could become involved in the project.

The five-star Hard Rock development will include a casino comprised of 200 tables and 2,000 gaming machines and a tower that consists of more than 1,000 guest rooms and suites overlooking the waterfront or views across Athens to the Parthenon. Additionally, the project includes an entertainment venue, the highest outdoor rooftop terrace in Athens and a spa.

“This development will create a premium tourism spot, expected to offer employment to thousands of people, yield significant revenues to the public sector, and add value to Greece’s brand,” said George Peristeris, chairman and chief executive of GEK Terna.

“Along with Hard Rock we are realising a private investment of over €1bn, reaffirming our trust in Greece’s prospects and potential.”

The site of the former international airport has been vacant since 2001, with the tender process for a resort on the site having been delayed a number of times.