GVC Holdings’ board of directors has attacked press speculation linking an investigation into its former Turkish business to the scandal surrounding stricken payment provider Wirecard. 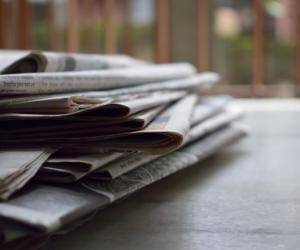 GVC Holdings’ board of directors has attacked press speculation linking an investigation into its former Turkish business to the scandal surrounding stricken payment provider Wirecard.

A column in The Times newspaper suggested the link, through the Kalixa payments processor divested by GVC in June 2017 following its acquisition of bwin.party.

GVC has moved to flatly deny the claims, however, stating that the investigation by Her Majesty’s Revenue and Customs (HMRC) related to former third-party payment service providers.

“The board can confirm that it has no evidence of any link between the HMRC investigation and the payment service providers mentioned in the newspaper report,” GVC said in a statement.

It added that the business was fully complying with the investigation, and would update the market as appropriate.

The Times piece noted that the alleged link was “a theory, and one put forward by investors who may have a short position in GVC shares”.

While the HMRC investigation had originally focused on these third party businesses, GVC revealed on 21 July that the tax authority had widened the scope of its inquiry to look at “potential corporate wrongdoing” by the operator, under Section 7 of the 2010 Bribery Act. At the time it said it was unclear which subsidiaries of the business were under scrutiny, nor had it been informed of the exact nature of the probe.

These unnamed payment providers’ only link to GVC, the operator said, had been through provision of services to the Turkish-facing business, which was sold to Ropso Malta in November 2017, following its deal to acquire Ladbrokes Coral Group. GVC then waived an agreed €150m earn-out in February 2018.

“As reported on 16 July 2020 GVC continues to perform strongly and looks forward to sharing more detail regarding its interim financial results on 13 August 2020,” the operator added. “GVC continues to focus on nationally regulated and regulating markets, from which it generates 96% of its revenues.”