GVC Holdings has declared its support for a number of recommendations made by the House of Lords in regards to the gambling regulatory framework in Great Britain, including a call to accelerate the review of the 2005 Gambling Act. 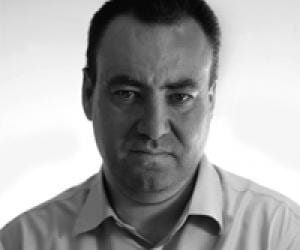 GVC Holdings has declared its support for a number of recommendations made by the House of Lords in regards to the gambling regulatory framework in Great Britain, including a call to accelerate the review of the 2005 Gambling Act.

Published today (2 July), the Gambling Harm – Time for Action report sets out a total of 66 recommendations to address harms caused by the industry, including new stake limits and a ban on gambling sports sponsorship.

GVC, owner of brands such as Ladbrokes, Coral and bwin, said it was supportive of numerous recommendations in the report, especially bringing forward the government's planned review of the Gambling Act.

GVC chief executive Kenny Alexander (pictured) said that the operator would play a “full and active role” in the review, when the government decides to go ahead with the process.

“This report is a thoughtful and measured contribution to the debate on how to ensure the regulated gambling industry can thrive, provide entertainment and enjoyment for the millions of Britons who like a bet,” Alexander said.

“While there is only a small minority of customers who run into problems, it is important that we put a safety net around them.”

GVC also noted that the report includes a number of principles that it already adopted through its own safer gambling strategy, Changing for the Bettor. These include a reduction in the amount of gambling advertising, with GVC having removed all in-ground and perimeter advertising from UK football venues as of July 2019.

Other similarities are GVC’s pledge to increase funding for research into problem gambling. In January, it entered into a five-year, multi-million pound partnership with Harvard Medical School’s Division on Addiction to research the issues around problem gambling and develop better treatment.

In addition, GVC highlighted its commitment to ensuring children and vulnerable people are protected, with the operator supporting a call for a minimum age of 18 on all gambling products.

“As a socially responsible business, GVC is committed to constantly improving our player protection policies,” Alexander said. “We have already adopted several of the measures recommended in this report and there are others that we would like to see implemented across the industry.”

However, Alexander also warned of a lack of awareness amongst the general public of the tools GVC and the industry have introduced to give players more control, highlighted in a survey conducted by the operator.

According to the new study, just 8% of non-gamblers were aware of the various industry responsible gambling measures.

He pointed out that the survey also suggested players were largely against stake limits, something the Lords report suggested should be set through a triennial review.

Some 55% of gamblers and 31% of non-gamblers said that it should be up to the player to decide how much they can afford to bet, rather than banks, gambling operators or the government.

“We have to do a better job of communicating that, because those who are implacably opposed to gambling as a matter of principle are actively seeking to damage the industry through onerous regulation, which will ultimately drive customers into the hands of the unregulated black market,” Alexander said.

“It is important that all stakeholders work together to keep gambling effectively regulated for all parties.”

However, the report noted that the Gambling Commission suggested that illegal activity was not necessarily a major concern, telling the committee that regulatory change should not be delayed out of fear of forcing players to offshore sites.

“[There] is no great sense of a burgeoning illegal market,” it reportedly said.

Furthermore, the report recommended the government and Gambling Commission work with banks and payment providers to establish a scheme to block payments to illegal sites, to ensure there is no loss of revenue offshore.