Genting UK, a subsidiary of Malaysian entertainment and gambling conglomerate Genting Malaysia Berhad, has announced that 1,642 jobs across its properties are at risk of redundancy as a result of disruption caused by novel coronavirus (Covid-19). 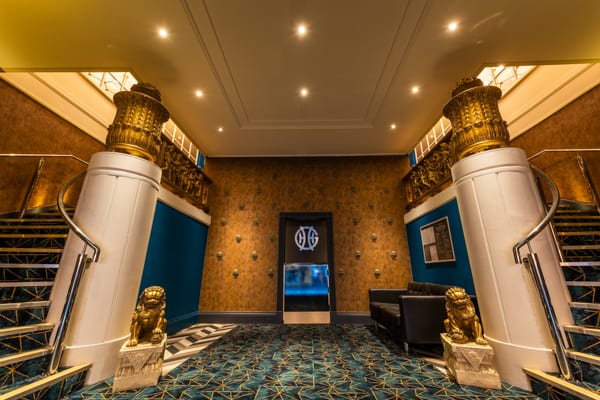 Genting UK, a subsidiary of Malaysian entertainment and gambling conglomerate Genting Malaysia Berhad, has announced that 1,642 jobs across its properties are at risk of redundancy as a result of disruption caused by novel coronavirus (Covid-19).

The operator, which operates 42 casinos across the UK, including Resorts World Birmingham and a trio of high-end venues in London, said it had faced “unprecedented challenges and heavy losses” as a result of the pandemic.

It remains uncertain as to when casinos will actually be allowed to reopen, with the venues not listed in the businesses that will be allowed to resume operations in July. This comes despite betting shops reopening from 15 June, and lobbying by the Betting and Gaming Council (BGC) to for a July reopening.

Despite this, Genting said it would continue to work towards preparing its properties for reopening, adding that it has been forced to make “significant changes” to its physical premises and operating model.

“In light of these changes, we are having to make some heart-breaking decisions about the future of the business and it is with huge regret that job losses are simply unavoidable,” Genting said.

The operator stressed that while 1,642 roles were at risk of redundancy, the consultation process was ongoing, and it was intent on mitigating job losses as much as possible.

“A significant number of those at risk of redundancy will remain on furlough, and we will be doing everything we can to bring those individuals back in to the business at a later stage,” it said.

“The Job Retention Scheme, however, is just that and therefore when it became clear to us that a significant number of roles could likely not be retained, it was only right to begin the redundancy consultation process rather than continuing to take government money via the furlough scheme.”

It comes as another Genting Group property, Resorts World Sentosa in Singapore, has reportedly laid off around 2,000 staff.

Genting UK becomes the second operator to announce planned layoffs this week, after bingo hall operator Buzz Bingo – formerly Gala Bingo – announced that it was to close 26 of its 91 clubs around the country. This means that up to 573 of its 3,400 staff are facing redundancy.