The British Gambling Commission has announced plans to reduce its headcount as part of a broader restructuring effort, but dismissed claims that this would undermine its efforts to raise standards in the industry. 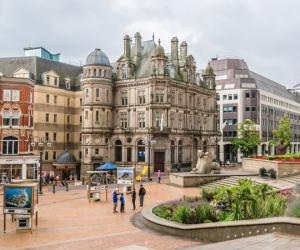 The British Gambling Commission has announced plans to reduce its headcount as part of a broader restructuring effort, but dismissed claims that this would undermine its efforts to raise standards in the industry.

The regulator has started a process in which employees will be able to take up voluntary redundancy, though has not given any indication as to how many staff would be cut, or if mandatory redundancies would follow.

Explaining this move, a spokesperson for the regulator said it was continually looking for ways to improve the way it regulates.

“The volume and complexity of our work continues to grow and as consumers move online the risks they face shift and we need to respond to that change,” the spokesperson explained. “We need to ensure that we have the capacity and capability to keep pace with emerging issues and risks that regulating a complex and increasingly online industry requires.”

This has prompted criticism from groups such as the Gambling Related Harm All Party Parliamentary Group, which has previously claimed the Commission is not fit for purpose.

News that it was to reduce its headcount was met with claims that this would further weaken the regulator’s ability to govern the market, especially after the National Audit Office had highlighted weaknesses in its current processes.

“The evidence does not support the conclusion that the Commission is too passive in the face of an innovative and fast-moving industry,” the spokesperson said. “We can demonstrate a strong track record of delivering our long-term strategy.

“The action taken against the industry in the last week alone, and further ongoing enforcement work to be announced this coming week, flies in the face of those suggestions and demonstrates the real changes we are making to the industry and consumers.”

In the past month, the regulator has twice broken the record for the largest settlement agreed for failings by operators. It first levied an £11.6m settlement with Betway, on 12 March, before agreeing a £13.0m settlement with Caesars Entertainment UK.