Bragg Gaming Group has announced that Richard Carter, former chief executive of SBTech has joined its board as non-executive chair, while the business has agreed an amendment to the earn-out agreement signed when it acquired Oryx Gaming. 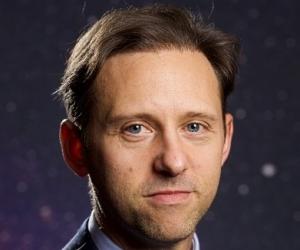 In the role Carter will advise and provide support to Bragg’s interim chief executive Adam Arviv, who took on the role after long-term CEO Dominic Mansour, who announced in August that he was taking paid leave for personal reasons.

Bragg’s new chair is an experienced industry figure, having served as director of research for Deutsche Bank before being named CEO of SBTech in 2016.

Carter then stepped down from his role at SBTech when the sportsbook technology provider was acquired by DraftKings to form a new listed sports betting giant in the US, in a deal completed in April this year. He still serves as an advisor to the enlarged business.

“Richard is a recognised authority in the online sport betting industry who was heavily involved in the merger between DraftKings and SBTech,” Bragg interim CEO Arviv said. “This appointment fits my mission as Interim CEO – to build a championship team that will execute on our plans to expand our current market overseas and to aggressively move into the US market.

“We continue to be focused on recruiting additional top talent.”

Carter added that he was excited to join Arviv as he looks to make Bragg a major player in the gaming sector.

“2020 has been an unbelievably successful year and we are eager to grow the business in the world’s largest gaming market, the US,” he said. “Now is the right time to break into this market, and my priority is to make those connections that will lead to success.”

Bragg’s current chair, Paul Pathak, will shift to the role of vice-chairman and lead director on the board.

The business has also announced an amendment to its earn-out agreement with KAVO Holdings, the vendor of slot studio Oryx Gaming, acquired by Bragg in August 2018.

Following the supplier’s half-year results in August, Bragg said it was working with Canaccord Genuity to raise capital to pay the earn-out by the rescheduled deadline of 30 September.

As part of that agreement, Oryx managing director Matevž Mazij will remain in his role, and become an observer to the Bragg board. KAVO will also gain the right to appoint up to two new directors to its parent company’s board.

“I am thrilled to remain committed to the company’s people and operations,” Mazij commented. “With Adam’s leadership and Richard’s expertise and vitality, I’m enthusiastic about the Company’s long-term growth and the continued creation of shareholder value.”