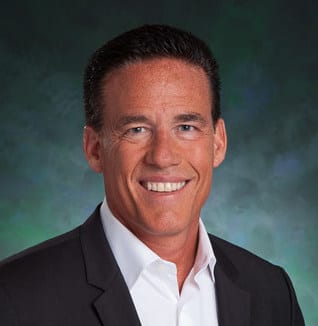 Earlier in his career, he worked for Dell Technologies, where he held both financial and operational roles during 20 years with the business.

He oversaw the integration of Dell with EMC Corporation following the 2016 merger between the companies, as well as serving as chief financial officer for its $40bn client solutions business unit and Global Operations division.

“We are very fortunate to have Mike Eklund join us starting on June 1,” Scientific Games chief executive Barry Cottle said. “He has a wealth of experience in financial and operational leadership and a passion for aligning all aspects of a company's finance and operations with its core business model that positions him well to build on Mike Quartieri's legacy.”

Quartieri leaves after almost five years as CFO, having joined from Las Vegas Sands in 2015.

Cottle said he had done an “outstanding job” during his tenure, building a strong financial team, revitalising the supplier’s financial management and refinancing its debt.

“The board of directors and I are very grateful for Mike's constant dedication to the success of the company and its people,” Cottle continued. “Mike now wants to move to a new industry with new challenges after many years in the gaming business.”

Cottle revealed that Quartieri had planned to step down earlier this year, but agreed to stay to help the business during the novel coronavirus (Covid-19) crisis.

“Mike has led our efforts to reduce our cash burn while preserving key operations, developing plans to manage through the pandemic, preparing to be an even stronger competitor as we emerge from the crisis and working with our lenders to get our Credit Agreement amended to provide covenant relief,” he explained.

“With those key steps taken, we are now ready to proceed with the transition to a new CFO.”