Kindred Group reported an 11.3% rise in first quarter revenue, and while net profit fell to £1.0m, the operator said a number of exceptional costs incurred during the period made it difficult to compare results on a year-over-year basis. 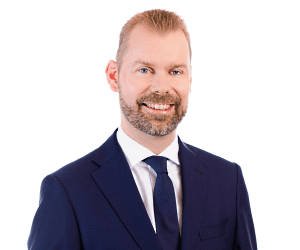 Kindred Group reported an 11.3% rise in first quarter revenue, and while net profit fell to £1.0m, the operator said a number of exceptional costs incurred during the period made it difficult to compare results on a year-over-year basis.

While poker and bingo started from a lower base than Kindred’s two core verticals, each posted strong year-on-year growth in Q1. Poker was the quarter’s standout performer after revenue for the vertical climbed 31.6% to £7.5m. Bingo revenue grew 23.6% to £6.8m.

Western Europe accounted for £84.1m – or 68.7% – of group revenue, followed by the Nordics, with £24.5m. Central, Eastern and Southern Europe’s contribution grew to £10.1m, while a further £3.8m came from other markets including the US.

The operator is live in New Jersey and Pennsylvania, and struck a multi-state market access agreement with Caesars Entertainment in February. This provides the operator with a route into Indiana, Iowa and potentially other states.

Revenue from the US amounted to £2.6m in Q1, which the operator noted was a 53.0% improvement on the fourth quarter of 2019, despite the impact of novel coronavirus (Covid-19) from mid-March.

“Kindred has delivered a strong first quarter in returning to double-digit growth in gross winnings revenue of 11.3%,” the operator’s chief executive Henrik Tjärnstrom (pictured) commented. “The growth was aided by a higher-than-average sports betting margin but underlying performance across all regions was positive.”

Cost of sales for the quarter grew 4.7% to £109.0m, with the operator marginally reducing marketing revenue share payments, but reporting growth in betting duties and other revenue-related expenses. Thanks to the growth in revenue, however, gross profit grew 17.0% to £140.7m.

Marketing costs grew to £52.4m, while administrative expenses, including salaries, depreciation and amortisation and other operating expenses grew to £57.0m. This left an underlying profit of £31.3m, up 82.0%.

However, the operator’s profits were hit by a number of exceptional items which it said affected comparability with the prior year’s Q1. As part of plans to review Kindred’s cost base, the operator recognised a £1.9m charge related to restructuring.

In order to rationalise its brand portfolio, Kindred has announced plans to retire a number of smaller brands. Coupled with a wider review of acquired intangibles, this resulted in a £10.8m non-cash charge related to accelerated amortisation of these assets. Kindred also reported a £1.8m foreign currency loss for the quarter.

The operator was also hit with an SEK100m (£8.4m/€9.2m/$10.1m) fine by Swedish gambling regulator Spelinspektionen in March. The regulator claimed the operator violated the market’s bonus restrictions, which limit players to one such offer upon sign-up, and offered lottery games without a licence.

Kindred, however, has disputed the regulator’s ruling and is appealing the decision to secure a judicial ruling on how the bonus rules should be interpreted.

These exceptional costs resulted in earnings before interest, tax, depreciation and amortisation (EBTIDA) growth slowing to £32.5m. Without these charges, it would have been £42.5m.

These costs also significantly hit, Kindred’s Q1 operating profit which fell down 60.3% to £7.3m. After finance costs, pre-tax profit stood at £2.4m, and £1.4m in income tax resulted in the operator’s net profit falling from £15.1m in the prior year to £1.0m.

Tjärnström said Kindred’s focus going forward would be to ensure the business could cope with the impact of Covid-19.

“In the short term, we continue to deliver a high-quality service to our customers, while protecting our employees and ensuring business continuity and regulatory compliance,” he said.

As outlined in a trading update issued earlier this month, its daily average gross winnings revenue had fallen to £2.2m for the period from 16 to 31 March, a 10% decline in 2019’s full-year average. This had continued to 19 April, the operator said.

“Revenue and margins are less volatile in current circumstances because of the reduced proportion of revenues coming from sports betting,” Tjärnström said. “The largest decline in daily revenue has been in France, which is expected due to its high reliance on sports, but it remains a low margin territory for Kindred because of the high betting taxes.

“We have seen positive growth in other products and we have acted quickly to adapt our marketing and other investments and to maintain an even tighter control over all operating costs. If we see any further deterioration in the business, we will not hesitate to make further adjustments.”

Kindred said the shift to home working for the majority of employees had been achieved with “minimum disruption”. The operator is working with its partners to continue to provide an attractive sports and racing product range as much as possible.

“As a pure digital company, we are well prepared and ready to take the opportunities that will come when markets start to normalise,” Tjärnström said in conclusion. “I am very confident that Kindred’s well-diversified and financially sound business model will enable us to emerge stronger over the coming quarters.”