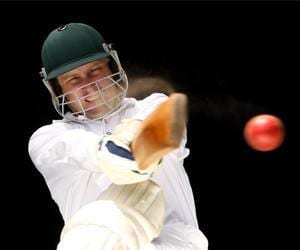 The England and Wales Cricket Board (ECB) and Cricket Australia have moved to defend their players after accusations of match-fixing were made in a television documentary.

Broadcast by news outlet Al Jazeera on Sunday, ‘Cricket’s Match Fixers’ referred to the England-India Test match in Chennai in December 2016 and Australia’s Test match against India in Ranchi In March 2017.

The programme included details of a plan to fix the matches and featured video footage of Aneel Munawar, who, according to ESPNcricinfo, is an Indian national who works for crime syndicate D Company.

In the programme, Munawar tells an undercover reporter about three England players and two Australian professionals that have agreed to take part in the fix.

The players in question were said to have scored runs at a rate requested by the match-fixers for the purposes of the betting market.

The documentary did not name the players, but it did say that while the England players denied any involvement, the Australian players were yet to respond to the allegations.

Speaking through their lawyers, the England players “categorically denied the allegations”, saying they were “made by a source who is a known criminal”.

The statements also said the chances of a batting team fixing scores “to within such degree of precision as alleged is highly improbable, if not practically impossible”.

Al Jazeera said there was no evidence that any other players were involved in the match-fixing plan.

The documentary also contained allegations of pitch-fixing during a Sri Lanka- Australia Test in 2016.

The allegations referred to the second Test in Galle, Sri Lanka, when the tourists were defeated by 229 runs in under three days.

The International Cricket Council (ICC) has launched an investigation into all of the allegations made in the documentary.

However, both the ECB and Cricket Australia national governing bodies have hit out at the claims, defending their players and denying any involvement in the alleged plans.

Tom Harrison, chief executive of the ECB, said: “There is nothing we have seen that would make us doubt any of our players in any way whatsoever.

“The limited information we have been given has been discussed with all the England players.

“They emphatically deny the allegations, have stated categorically that the claims are false and they have our full support.

“Neither ECB nor the ICC is aware of any credible evidence connecting any England players to any form of corruption.”

Harrison added: “ECB had been aware of the planned Al Jazeera documentary for some time but have not been given the full content.

“There have been repeated requests for any evidence and unedited materials to be shared with the ICC so they can fully investigate.

“We, like other member Boards, are disappointed that Al Jazeera have not been more cooperative and responsible when making such serious allegations.

“ECB has a regular dialogue with the ICC and its anti-corruption unit, fully supports its work and will continue to cooperate with their review.”

James Sutherland, chief executive of Cricket Australia, issued a similar statement: “Together with the ICC, we are aware of the investigation by Al Jazeera into alleged corruption in cricket.

“Although not having been provided an opportunity to view the documentary or any raw footage, our long-standing position on these matters is that credible claims will be treated very seriously and fully investigated.

“Cricket Australia will continue to fully co-operate with the ICC Anti-Corruption Unit in its review of the matter.

“Neither the ICC or Cricket Australia is aware of any credible evidence linking Australian players to corruption in the game.

“Cricket Australia and the ICC take a zero-tolerance approach against anyone trying to compromise the integrity of the game.”

Sutherland added: “We urge Al Jazeera to provide all un-edited materials and any other evidence to the ICC investigation team, so, if appropriate, a full and thorough investigation can be conducted.

“Australian cricket is proactive with its sports integrity management and Cricket Australia has an Integrity Unit to oversee and maintain all domestic cricket in Australia, including BBL and WBBL matches.

“In addition to this, prior to the start of each Australian season, all professional cricketers are required to participate in anti-corruption education sessions before being eligible to compete in CA’s domestic competitions.”