The Dutch Government has submitted its Remote Gambling Act for review by European Commission ahead of a new regulated framework being introduced next year. 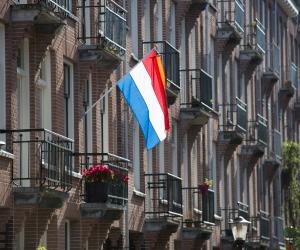 The Dutch Government has submitted its Remote Gambling Act for review by European Commission ahead of a new regulated framework being introduced next year.

Some four years after the legislation was passed by the country’s lower house, the legislation is now open for comments from interested parties and stakeholders. They can submit feedback on the proposed measures over the next three months before the European Commission decides whether it is compatible with European Union law.

The legislation, signed off by the Dutch Minister for Legal Protection Sander Dekker, includes amendments to the Remote Gambling Act such as operators being barred from using player databases collated prior to regulation. The change to the law – suggested by the Government in May – seeks to prevent those who have traded illegally in the Netherlands from gaining an advantage prior to the marketing opening up next year.

The Dutch Government hopes the Act – which was finally passed by the nation’s Upper House last February – can be passed in January 2021 with the new framework to be implemented from July 2021. This launch may be delayed however, after Dekker admitted that the disruption caused by novel coronavirus (Covid-19) may push back the implementation date by “a few months”.

The Dutch Government has also submitted an Act amending the Gambling Act, the Gambling Tax Act and certain other acts relating to the organisation of remote gambling.

The Remote Gambling Act include requirements for the organisation of online gambling activities, in particular with regard to licensing and the gambling services on offer. There are also provisions for integrity and preventing match fixing, as well as payment transactions and consumer protection.

The Act has strict requirements over preventing addiction, with all licensees ordered to create a policy on addiction prevention and register and analyse the gambling behaviour of its players. Players must set maximum credit allowed on their account. Bonuses will be restricted, with players able to bar themselves from receiving promotions.

Further measures on marketing restrictions have been included, such as that operators will be barred from advertising gambling-related services between 6am and 9pm.

The Remote Gambling Act states that operators must maintain a control database in the Netherlands and locate their servers either in the Netherlands, another EU member state or in the country in which its headquarters is located.

Last month, Minister Dekker said that he expects operators to avoid excessive advertising in the latest round of parliamentary questions in the country’s igaming legislation.