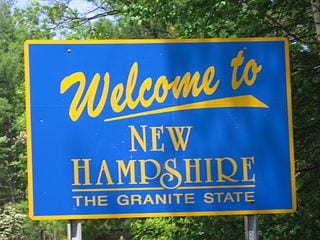 Opened in 2017, Chasers offers poker and a wide range of table games to customers in the local area, with a portion of revenue allocated to non-profit organizations licensed in the state.

CDI said that it plans to build on this offering by developing an expanded charitable gaming facility in Salem to accommodate historical racing machines. This would be possible under regulation introduced last year that enables existing charitable gaming operators to offer historical horse racing at licensed facilities in New Hampshire.

Should the acquisition go through as expected, New Hampshire would become the fourth state in which CDI operates historical horse racing.

CDI currently operates historical horse racing machines in Kentucky and will expand into Virginia upon closing of the pending acquisition of Peninsula Pacific Entertainment, as well as in Louisiana upon completion of the expansion of its 14 existing off track betting facilities.

“New Hampshire is an exciting opportunity for us, one that allows us to put our historical racing machine expertise to work in the growing New England market,” CDI chief executive Bill Carstanjen said.

“We look forward to sharing more about our plans to build an expanded, state-of-the-art gaming facility in Salem in the coming months.”

The transaction is contingent on usual and customary closing conditions, including approval from the New Hampshire Lottery Commission. Should CDI gain the necessary approvals, it expects to close the deal during the second quarter of 2022.

The agreement comes after CDI last month revealed it will abandon its online sports betting and online gaming business within the next six months, in what it described as the “next step forward” for the company.

The news came as part of an earnings call for CDI’s 2021 financial results. Its online product TwinSpires – which includes horse racing as well as sports betting and igaming – brought in $431.7m in total revenue for the year. However, TwinSpires also accounted for $325.4m in costs.