At a time when industries around the world have been forced to find new approaches to do business amid the global pandemic, Pechanga.net executive director Jesse Robles sees ample evidence of innovation in Indian Country. He speaks to a host of people helping drive change across the industry to highlight the depth and breadth of discussions. 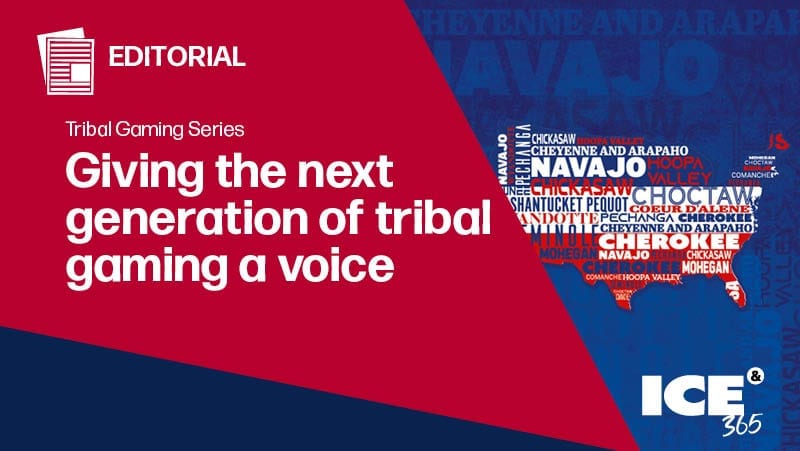 If there is one word to describe the past year it would have to be ‘innovation.’

The global pandemic has forced everyone to innovate in one way or another. Casinos, restaurants, most businesses and households alike, all found ways to adapt and push through.

But what does it mean to innovate? Is it another buzzword suggesting we need to ‘pivot’ or ‘disrupt’ the status quo? More importantly, why do we need to innovate and how can we tell if we are truly innovating?

To answer this question, I spoke with gaming industry veteran and innovation evangelist Roberto Coppola. He is a pragmatic researcher with a storied experience in Indian Country and is currently the lead innovation researcher at Panasonic.

For over a decade, Coppola has been researching and driving innovation within different organizations within Indian Country and across the world, including Sands Corporation, IGT, Aristocrat, start-ups, and even the United States Air Force to name a few. Coppola is in all senses of the title a professional innovator.

“When we begin talking about innovation, I think there are few important considerations,” says Coppola, “[…] First and foremost, change is inevitable. It is said that one of life’s few guarantees is change.

“Secondly, when we think about innovation, we tend to think about cool products and services – the end result – but really, the most important part of innovating is the questions we ask, and specifically, it’s about asking the right question.”

Drawing from his experience solving problems at scale, Coppola warns: “[…] We have to be careful that we are not a solution looking for a problem.

“Because lastly, true innovation creates positive change and unlocks opportunity. Some of the most important ingredients in the foundation of innovative organisations are the people, the culture, and its value for respect and listening.”

One of the groups following this recipe for leading change in tribal gaming is the Tribal Gaming Student Association at San Diego State University. Located in Southern California, on the traditional homelands of the Kumeyaay people, SDSU is home to the nation’s first undergraduate degree program in tribal gaming and governments.

Supported by the Sycuan Institute and the Sycuan Band of the Kumeyaay Nation, the TGSA was founded to serve the students in the program as well as the broader student body.

“We are here to raise awareness about our industry, the tribal gaming industry, and to foster creative minds who want to lead and work an impactful career,” says Joey Castillo, current president of the TGSA.

“Indigenous tribes are no strangers to innovation. In fact, tribes have innovated for thousands of years, says Castillo, “We can see from archaeological records and learn from oral traditions that tribes have always adapted – adapting to weather patterns, animal migration routes, and the lasting effects of colonisation among many other challenges.”

Castillo, pressed further, says: “In fact, I would argue that the path to the creation of the Indian Gaming Regulatory Act is also the spawn of innovation.

“Many tribes have been forced off their traditional homelands and onto reservations–often time with few, if any, natural resources. Bingo and what has come to be known as ‘Class II gaming’ became a pillar of economic development across Indian Country–all stemming from innovation and the drive to self-preserve.”

“To this day,” Castillo adds, “From the waters of the Mashantucket Pequot to the shores of Chumash, Native American tribes are serial innovators. This time however, technology is allowing Native youth and allies to build on a new layer – the internet.

“Covid-19 has brought about a lot of challenges, but each of those challenges is an opportunity to solve a problem,” he adds. “With so many tools at our fingertips, we have the responsibility to think ahead – to think creatively – and bridge the gaps using the wealth of resources available to us.”

In response to the pandemic, Castillo and the TGSA have turned to online social media to raise awareness and recruit students to the industry.

“My generation doesn’t really talk about casinos,” says Castillo, “And that’s a problem. A problem for our industry, but an existential problem for tribes. We are working to show people why tribal gaming is different and I am passionate about doing research to show tribes how they can use technology to reach the next generation of customers.”

During the past year, the TGSA has been holding Zoom webinars and inviting industry leaders to speak to students about their unique roles in tribal gaming.

Offering these webinars as part of a free certificate program, Castillo hopes, “is the way we can tell the story of tribal gaming and illustrate to the world that the possibilities are endless and the future is ours to shape.

“As allies of indigenous communities, we have the privilege of learning about their land and culture and traditions. We have the duty to help them be heard and continue their path to self-sufficiency and cultural preservation.”

At the forefront of his studies, Castillo is trying to frame a conversation around distributed ledger technologies, like the blockchain, and their uses in gaming. “Everyone is talking about blockchains as they relate to cryptocurrencies, and I definitely agree that cryptos will have a place in gaming (once the regulations catch up) but I don’t hear anyone talking about how we can use the core technologies in other, more practical ways,” he says.

“Under the guidance of Dr. Katherine Spilde, we have created new courses to address this knowledge gap. Next semester we will be running the university’s first-ever class on blockchain technology. Not only will this introduce new minds into our industry, I am personally excited to test my theory that there are countless use cases for blockchain, and particularly in supply chain management and other back-of-house functions, says Castillo, “I am passionate in learning about how we can use these technologies to improve operations and increase gaming velocity with digital currencies.”

“If slot revenues were to substantially decline in the future, the impact on Native American communities would be disproportionately greater than on commercial gaming operators,” says Coppola.

One person trying to address this is Mahrinah Shije, partner at Zia Impact, a native-American owned Impact Consultancy, and CEO of the Pueblo Development Commission.

Shije is a member of the San Ildefonson Tewa Pueblo who married into the Pueblo of Zia, and as she sees it “[…] the widespread and rapid adoption of frontier technologies necessitates that the tribal gaming industry seek adoption and implementation of these technologies where appropriate.”

Shije sees the potential “from AI and deep data analysis allowing us to develop new customer acquisition strategies to simply allowing us to understand our customers better,  we will see our offline environments shaped by our online knowledge.”

Not only will big data allow us to understand the world around us, “evolving innovative spaces like Fintech particularly presents new opportunities for gaming, both with the games themselves as well as how and what payments are processed,” says Shije.

“Gambling exists in every fiat currency and it makes sense that this would evolve into every digital currency and various digital assets,” she explains. “With digital real estate presenting lower costs than in-person operations, the acceptance of bitcoin, alt-coins, and similar presents low operational expenses with the potential for very high rewards especially when those digital currencies are retained and both adoption and scarcity drive value.”

But these opportunities do not come without risks, says Shije. “With increased opportunity comes increased cyber risk, but tribes already know this and have traditionally been more conscientious of this and many have already invested heavily in their cybersecurity to thwart online attacks and safeguard intranet systems.”

Financial crimes expert, former Special Agent in Charge at the California Department of Justice, and Senior Advisor to the Boies Schiller Flexner, LLP Tribal Affairs Task Force, Tyler Burtis agrees. “It takes innovation to combat modern criminals,” he says. “Whether tribes adopt these new technologies or not, that is up to them as sovereign nations. But to protect tribal assets, we have to be looking at the future and what emerging technologies are entering the market if we are going to protect ourselves from bad actors.”

As we break out and emerge from the clutches of Covid-19, growing, changing and innovating, we must remember that we should not be a solution looking for a problem.

We should be asking all the important questions and staying true to our past – respectfully listening to our people, our culture and more importantly our passions and instincts. Fostering an environment where this happens will answer the question: Is this an evolution or a revolution?

Now you’ve read Jesse’s thoughts, have you say through the Tribal Gaming Survey. This project sees ICE 365 collaborate with Pechanga.net, to gather opinions from tribes on the future of their gaming industry. It’s open to all tribal gaming operators, so share your thoughts here.

Jesse Alejandro Robles is currently the Executive Director at Pechanga.net, Indian Country’s longest running internet news resources dedicated to Indian gaming, commercial gaming and Native news and Director of Research at the Robles Research Group. As a graduate of the Sycuan Institute on Tribal Gaming & Governments, Jesse has served Tribes across Indian Country offering compliance, business and management consulting services. In addition to his roles in gaming, Jesse is a dual-office holder in San Diego County; He is a voting board member of Spring Valley Community Planning Group and an appointee of the San Diego County Board of Supervisors to the San Miguel Consolidated Fire District Board of Directors–San Diego County’s largest fire agency. With over a decade of government work experience, Jesse is passionate about public safety & service and helping governments & agencies find ways to innovate.