With Covid-19 all but shutting down central London, the Hippodrome Casino has been closed for most of the past 18 months. As the property now gets back in the swing of operating at full capacity, chief executive Simon Thomas is determined there’s no going back. 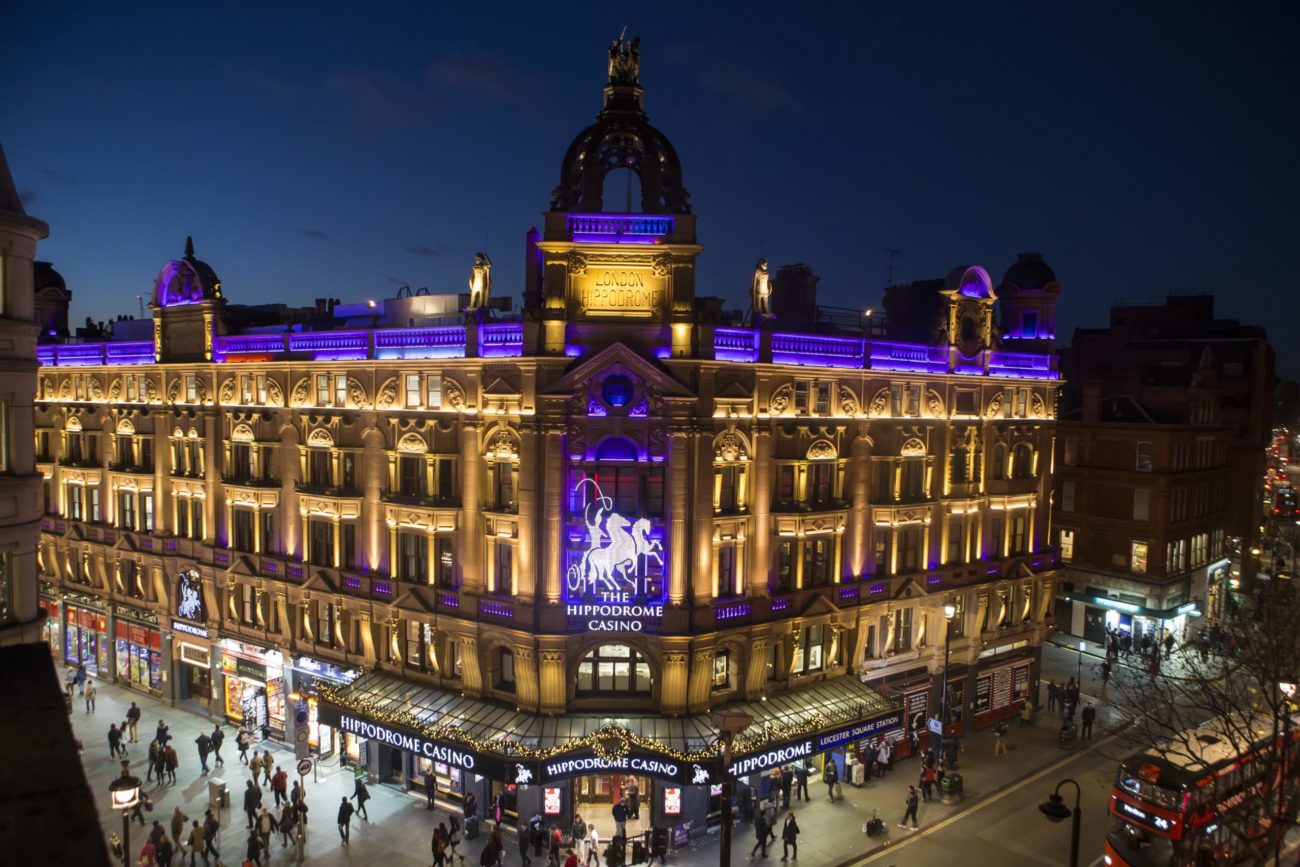 While 19 July may not have been the freedom day many in government had been touting in the run-up, the end to capacity limits was greeted with a massive sigh of relief by Britain’s brick-and-mortar casinos.

For the Hippodrome Casino in London’s Leicester Square, this was especially true. The venue was shuttered for around 320 days over the past 18 months, an experience chief executive Simon Thomas simply describes as “horrid and very expensive”.

However the months following the property’s grand reopening in April – which saw Thomas gleefully slice through the chains locking the Hippodrome’s doors with a bolt cutter – have been typified by confusion rather than delight. Thomas says the government has been sending out mixed messages to adhere to measures that are either not fit for purpose or relevant to the casino.

“So we’re being cautious, and sensitive to our customers who will obviously have reservations as they emerge from a long period of not going out,” he says. “But it’s a positive change and we’re optimistic.

“Let’s face it, people have had enough of the restrictions and will vote with their feet – or faces in the cases of masks.”

Admissions since 19 July have been up around 10%, he continues, though at the time he speaks to ICE365, the country is sweating its way through a heatwave. With temperatures of between 28 and 30 degrees, visitation can fluctuate. Then again, Thomas points out that the final lifting of restrictions was never going to herald an immediate return to normality for the business.

“Before the change a lot of people were taking a flexible approach to the regulations anyway, such as not wearing masks, saying they were exempt, booking adjacent tables in restaurants,” he says. “And just because the regulations are changed doesn’t mean we’re getting everyone back to the offices, theatres opening, nightclubs going full tilt […] which is what the West End needs, but it’s a step in the right direction.

“The West End is a bit like a supertanker,” he adds. “The wheel got turned but the change in direction for business will take a couple of months, as the complex eco-system of the West End takes time to get up and running again.”

In short, it won’t be an overnight process.

This in turn means it’s hard to discern whether the post-pandemic demographic is significantly different. With international travel to the UK still heavily curtailed, foreign tourists have almost disappeared – though that’s something Thomas suggests is more of a concern for the higher-end Mayfair clubs, which are more reliant on their business.

“International tourists are circa 15% of our business, and when we had 50% capacity it made no difference,” he says of the Hippodrome. “Because British people can’t travel at the moment we are getting a larger number of domestic tourists coming into London, who would normally have gone abroad.

“But we truly are an international venue, in the heart of London’s West End, and welcome so many different people from throughout the world, and that’s what we want back; the fundamental multi-cultural buzz and excitement, there’s nothing like it.”

Equally, with a swathe of amenities, the Hippodrome was able to cater to a variety of patrons. It’s a huge property, with eight bars, a steakhouse, Magic Mike Live in its theatre and three themed casino floors.

This meant that it was regularly reaching its capacity limit under the restricted opening – at 50% capacity it was bringing in around 70% of revenue at times – and is now approaching sell-out in some areas.

“The restaurant is getting increasingly busy, the bars, especially the new the roof terrace, have been packed, and there are hundreds of familiar faces coming back,” Thomas says.

This was aided by the property’s outdoor terrace bars reopening for eating and drinking when lockdown was first eased in April. That, he said, gave staff some “match practice” before the further easing in May.

“The biggest challenge has been to get people back into the rhythm of working, particularly shift working,” he says. “It was a bit like jet lag and took a bit of time to get over.”

That reintroduction to work was aided by the Hippodrome’s great team spirit – “It definitely helps that we’re a family business,” he adds – and efforts to communicate and keep staff informed over lockdown.

“It was interesting that some people working for a competitor casino, when they were asked how they knew what was going on, said they spoke to our staff, so we were obviously doing it better than anyone else,” he says.

But even then, the property is still affected by the UK’s widely-reported shortages of hospitality staff, which has prompted an increase in pay rates to safeguard it from shortages.

And even after a period as “horrid and expensive” as the past 18 months, Thomas says he doesn’t dwell on the pandemic. “Our attitude is to ‘accept, change or walk away’, and if two of the variables aren’t possible, just get on with the other one. So we’ve accepted it for what it is.”

“Great” support from its landlord and banks has left the Hippodrome on a sound footing, allowing it to use the months closed to carry out some major improvements to the building.

The fifth and fourth floor roof terraces have been finished, expanding its outdoor gaming and smoking area from three tables to seven, adding in some electronic gaming options as well. There’s also a new casino floor, The Gods, at the top of the building overlooking the auditorium, and connected to the terraces.

The PokerStars-branded poker rooms have also been overhauled. Two shop units at the side of the building have been acquired, which has seen the Hippodrome “put some large holes through some very serious walls” in its basement. It’s awaiting final permissions to move its theatre box office to a larger space and add a new cocktail bar.

“We will also be extending our ground floor gaming area, introducing a Chinese food court in the lower ground area,” he adds. There’s even a secret bar – “which I can’t tell you about”.

Ultimately changes of this scale and investment in the building would have been massively disruptive had the property been open. Despite the chaos of the past 18 months, the building at least emerges improved and future-proofed.

This means Thomas is particularly confident – “oozing with confidence,” he says – for the business’ prospects as it takes its first post-lockdown steps.

“The Hippodrome is a fantastic business and has great momentum,” he says. “Every time we have re-opened we have quickly gone cash positive and profit, despite all the restrictions and regulations, and now they are all being removed we are moving into very healthy territory.”

The improvements made to the property itself have been accompanied by changes to its back of house and some workforce restructuring. “So we know whatever is thrown at us, we will find a way through it.”

With something that may be an end to Covid in sight, Thomas is now looking ahead. Amid the government’s review of the 2005 Gambling Act, he sees this as a potential opportunity for the land-based sector.

“I think we have demonstrated to the policymakers that we are good responsible operators and citizens, and I look forward to the imminent Gambling Review,” he says.

“[This] will hopefully provide the casino sector new opportunities to build on its success, deliver what our customers demand, employ a great many people and pay its taxes.”

Having spent much of the past 18 months on the back foot as a result of the pandemic, Thomas is determined that things can only improve from here.