As Governor of New Jersey, Chris Christie signed the legislation that ultimately led to an unprecedented reshaping of the US market. Now in a new interview with ICE365’s Daniel O’Boyle, he reflects on the market expansion that followed, and the future of sports betting and online casino. 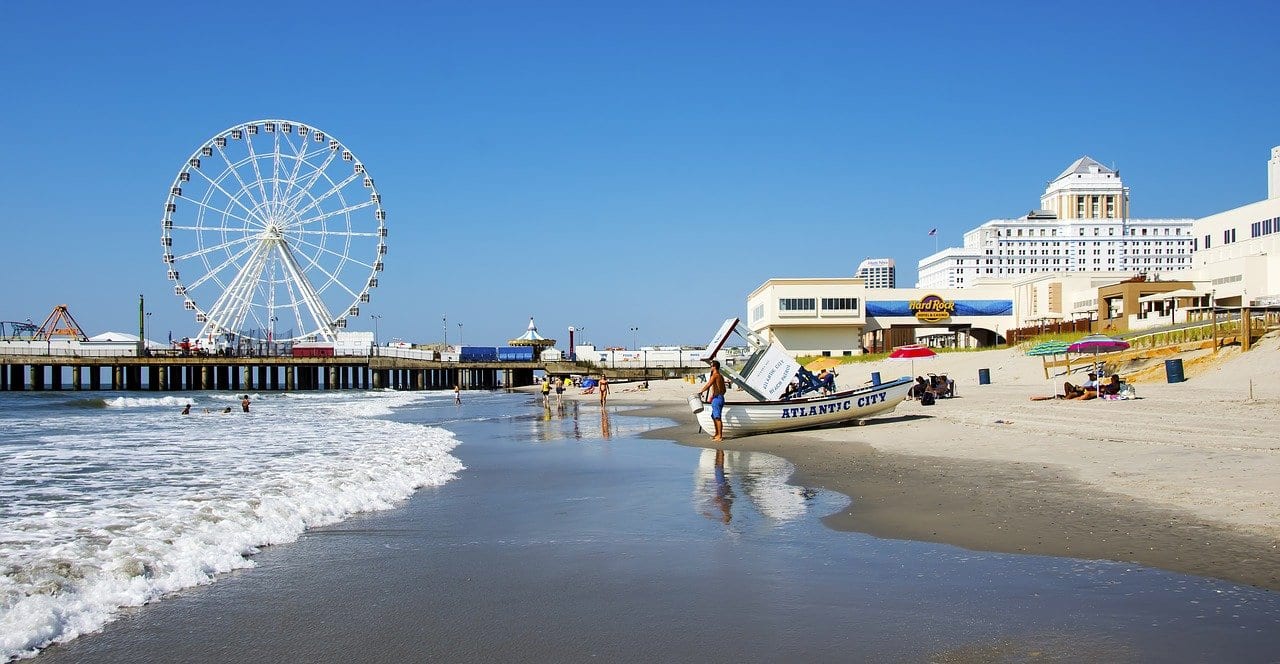 Chris Christie once ran for the office of US president with the slogan, “Telling It Like It Is”.

So if the the former New Jersey governor is bullish on the future of the US sports betting and igaming markets, he’ll call it how he sees it.

Christie signed the legislation that ultimately led to the wave of legal sports betting across the US.

For many operators, that came at the perfect time, as some more mature markets in Europe began turning the regulatory screws on the industry.

While many have feared that it’s only a matter of time before the same wave of backlash against the industry crosses the Atlantic, Christie remains confident. When asked if he saw potential for an opposition movement against the US industry, he is doubtful.

“I just don’t see that happening here,” he says. “I think people have seen so far that regulated sports betting or igaming has been a positive for them. I think they’ve found that the regulation has been fair and effective. I don’t think you’ll see that happening in the US, or if it does happen, we’re a long way away from that.

“I think if states regulate appropriately and keep only the right people in the business, we’ll be fine here in the US.”

“The landscape was going to change”

Christie left office in January 2018, meaning it was his Democrat successor Phil Murphy’s name on the landmark ruling that repealed the Professional and Amateur Sports Protection Act (PASPA). He’s remained out of elected positions as a number of states have followed New Jersey’s lead in allowing sports betting.

It would be easy to claim that the immediate success of legal sports betting in the US had been a surprise. But Christie says he could tell after arguments has been concluded that a major change was coming.

“Obviously we had gone through nearly six years of litigations against the major sports leagues and the NCAA,” he says. “In fact, the case had already been argued while I was in office in December 2017, so I walked away thinking we were going to win, and I think the sports leagues suspected as much as well.

“And I left office feeling like the landscape was going to change significantly as soon as the decision came out.”

Christie’s confidence in the success of legal betting mostly came down to one thing: demand.

“Now we have more than 20 states with legalised sports gaming, it’s clear there’ll be more going forward. It’s giving people what they want, it’s increased interest in professional and collegiate sports and it has been a boon for the industry.”

And with more states allowing for legal sports betting, that means more regulatory models. While some states have opted for similar systems to that in New Jersey, others have gone in entirely different directions.

That includes neighboring New York, which finally passed legislation that would allow mobile sports betting in its budget, but through a controversial tender system rather than allowing for licences.

“It’s an outstanding model and that’s why New Jersey is the number one sports gaming state in the nation, ahead of Nevada. It’s robust, but it’s fair, and people feel like they’re being treated fairly. And they also have lots of options to participate, that’s the key to doing this.

For other states like Pennsylvania and New Jersey, Christie notes that barriers such as tax rates and in-person registration requirements have created a barrier to entry.

“I think Pennsylvania got off to a very rough start, they put up a lot of barriers to doing business.

In particular, he notes that the state’s tethering requirements – with each land-based operator able to offer up to three online skins – has been a major success and has become standard in most other states.

“We have left the door open for the operation of sports betting online and casino gaming online, but they must partner with an existing land-based casino operator,” he says.

“And those partnerships have allowed the land-based casino business to thrive and benefit from it, but also allows those online businesses to be able to use their technology, make a profit and then also share that with our land-based casinos.

“I think it’s a win-win for everybody”

Despite his criticism for some states’ offerings, and though federal sports betting legislation has been proposed on occasion, Christie says he doubts a federal model of sports betting will ever make sense, barring major problems for the industry.

“I don’t think federal legislation makes any sense,” he says. “I think having states do it state-by-state makes the most sense, and I think the statewide system will persist as long as the states regulate it properly.

“I think the only way the federal government could step in is if there was a large scandal, and they think they need to come in and fix things. But absent anything like that, I think the states can do this without interference.”

Meanwhile, for those states like New York, which legalised mobile sports betting following the effects of the novel coronavirus (Covid-19) pandemic and opted for a model that will see the state take a large share of revenue, Christie says lawmakers may have misunderstood the appeal of sports betting. As the vertical is not a major addition to tax coffers, he says those that attempt to chase tax revenue will struggle to find success.

“I don’t think sports gaming brings in that much revenue, in terms of tax revenue,” he says. “It’s a relatively low margin business. I think states doing it just for revenue will be disappointed. But I do think it creates a lot of economic activity in the state.

“For us in New Jersey, it has increased volumes in Atlantic City, and the igaming part of it has been extraordinarily helpful to the business in our state.”

But what does tend to be a larger source of government income is online casino gaming. Yet despite the vertical becoming legal in New Jersey in 2013, only Pennsylvania, Nevada, Delaware and Michigan have followed.

“I see that changing,” Christie says of the slower takeup of online casino. “You look at the younger generation, they do everything online.

“They shop online, they learn online, they take in their news online, they do everything with their phones. So there is no way the table game business won’t become part of that as well, so I think that over the next five years you’ll see some real change there.”