While Masterpiece Gaming is starting out in a difficult jurisdiction, it plans to use the launch of JackOne in Germany as a springboard for further expansion. Managing director Jovana Popovic-Canaki shares some of the masterplan. 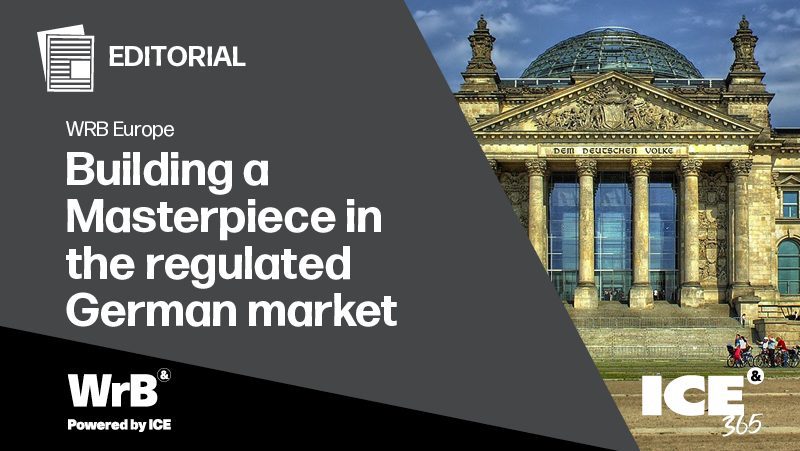 Going live on 11 June, to coincide with the start of the delayed Euro 2020 tournament, saw Masterpiece Gaming’s JackOne join a tricky market in Germany. The Betsson-powered sportsbook offering is one of 48 domains competing in a market that has been typified by stringent regulations, slow-moving regulatory processes, and significant competition from the offshore market.

And unlike many of its fellow licensees, JackOne is competing against a host of brands that have been active in the market for many years. Despite this, Masterpiece Gaming’s managing director Jovana Popovic-Canaki is not worried – in fact when it’s put to her that it may be operating at a disadvantage, she says: “Absolutely not.”

“I would say the opposite is true,” she continues. “I feel that JackOne, as a new brand, even has a slight advantage over the existing brands.

“We are not burdened by any legacy – we’re young, we’re fresh, we’re new, and we’re here to bring some entertainment to players.”

The business is aided further by its parent company – it is a subsidiary of ProSiebenSat1, the media powerhouse active in the Austrian, Swiss and German markets. Not that this is something the business feels is a key part of its DNA; instead its management team is determined to forge its own identity.

Popovic-Canaki says that while there are a lot of brands to look up to, in both Germany and beyond, it’s similar to football: “As soon as there’s a promising young player they are compared to an existing player.

She explains that her career with Oryx Gaming, now part of Bragg Gaming Group, was key to preparing her to take charge of a B2C brand.

“I spent so many years on the B2B side, that before transitioning to B2C I was imagining that it would be a shift that would take me quite a while to adjust, but I was wrong,” she explains. “The transition was very smooth, and quite fast.

“Part of my job at Oryx was to talk to platform clients, to basically develop good relationships with them, and that allowed me to be very close to the operations themselves. At the same time, knowing the technical part of the product – so the platform, the CMS, the data and analytics – really helps me building a new brand from scratch.”

Before joining the supplier she worked in multiple departments, starting as a customer support agent before progressing through roles in payments, risk and fraud.

“I really cherish those days,” she says. “They gave me a true perspective on the operations themselves, but also a direct dialogue with players, through which I learned what they seek in their online casino products, what creates their passion for the games, and the entertainment they are looking for. I’m still using that experience now, to build a very player-centric brand in JackOne.”

Brand-building, Popovic-Canaki continues, will be crucial to the success of operators in the re-regulated German market. To do so, it’s imperative to target customers across all advertising channels, regardless of the restrictions.

“We at JackOne, believe that ‘golden balance’ of all the channels is the one that brings you success at the end,” she says. “The days where only one or two channels were needed to successfully advertise are long gone.

“Nowadays if you want to attract players and bring your brand to the wider public, you need to take in all channels. From TV, regardless of the limitations, to programmatic, to social media and beyond.”

But the majority of the country’s leading football clubs – with around 43,300 fans at every Bundesliga game, the top division has the largest average attendance in European football – have already paired off with betting operators. This means “those seats are taken” when it comes to the country’s leading clubs, Popovic-Canaki points out.

JackOne has therefore “decided to do something completely different”.

“We’ve chosen the path of supporting clubs from the fourth [tier],” she says. “We see those as the ones that no one really looks for, and I believe we have found a very nice niche there. We’re currently sponsoring ten clubs from that division.”

This gives it access to a host of clubs across the country, rather than a smaller number of top-tier partners, and prepared the brand for the sportsbook roll-out on 11 June.

Popovic-Canaki says she was very pleased with the launch, and after just under two months live, the business is continuing to optimise its offering for the audience. “This whole year is going to be all about optimising and learning, to improve the product and services, because we want to bring the best to the player,” she says.

And a few weeks after its launch, the implementation of the Glücksspielneuregulierungstaatsvertrag paved the way for JackOne to add online slots to its offering. These, of course, are subject to restrictions many claim will be leave licensees struggling against offshore competition.

To mitigate these restrictions, Masterpiece has generally followed the industry trends, to mitigate measures such as the five-second spin speeds, €1 max bets and 5.3% turnover tax.

“We’ve lowered the RTP on the games, which is why the offering is not quite what players are used to, such as seeing a portfolio of 1,000+ games,” Popovic-Canaki says. “There’s a smaller selection, that we will of course broaden from time to time, as game providers tailor more games for the market.”

There’s also the issue of table games, which will be offered first to state lotteries, then to land-based casino operators. But can players get used to slots as a standalone product, without the option to play table games?

“If they can work, i can’t really tell you – I think you’ll have to ask this question again in a year,” she says. However, she’s under no illusions that this will require a period of adjustment for players and operators alike.

“I believe huge change will have come as quite a shock to the player, especially for those used to playing table games – and players will definitely be seeking out those games elsewhere. I think we’ll have to wait and see once the enforcement against unlicensed operators is in place, whether players will stop playing those games, or whether they will find a substitute.”

And while the GlüNeuRStV has also afforded JackOne the opportunity to add poker to its product range, that’s something that will come later.

“It was a conscious decision not to roll out online poker for the launch,” Popovic-Canaki explains. “It’s something that will come, along with other new things.

“We have decided to take this half-year to learn our lessons, basically get to know our players under these new regulations.

“Then next year with all the lessons, learned we will enhance our offerings – with poker – and maybe some other nice surprises. We’ll also probably look at a new front end, which will be even more customised for individual players.”

And Germany is just the start of Masterpiece’s plans, she adds. Its founding team believes that if it can make a success of such a tricky market, there is huge scope for further expansion. The Netherlands, and even the US, are two Popovic-Canaki picks out as particularly exciting.

After all, she says: “We said we want to make a ‘masterpiece’ of our careers.”

Keen to learn more about Germany’s re-regulated gaming market? Europe’s biggest opening of 2021 to date will be discussed by an expert panel at iGB Live! The show runs from 28 September to 1 October, and will feature the session Embracing regulated igaming: Germany focus – register here to book your place.