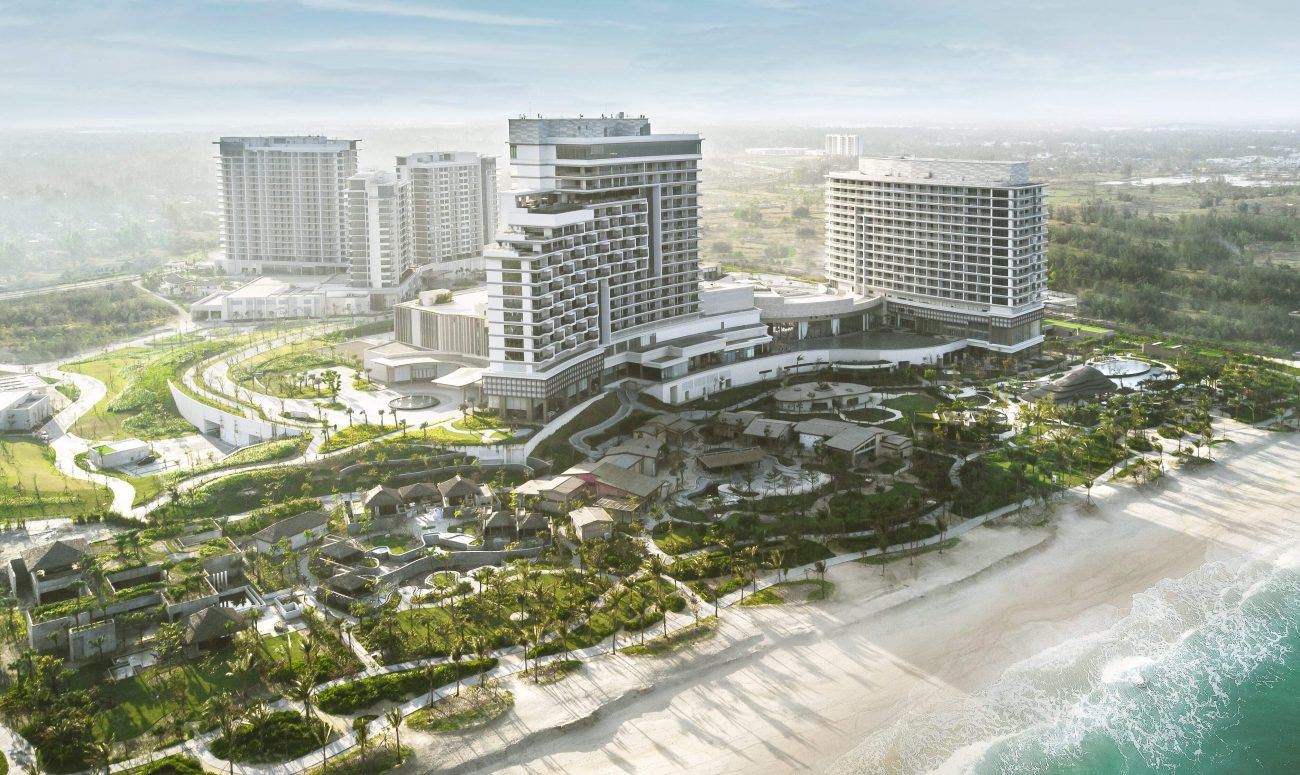 It’s business as Covid usual for Hoiana, a beachfront integrated resort in central Vietnam. With a foreigner-only casino and international flights shut down from March 2020 to the start of this year and returning slowly, Hoiana has trawled the domestic market for expatriates and Vietnamese holding second passports since soft opening in June 2020.

A luxurious Rosewood resort in 2024 highlights phase two of the US$4bn project sprawling over 986 hectares (3.8 square miles) including residential and commercial property, “some of it not related to tourism at all,” Wolstenholme says. For those real estate elements, Wolstenholme and team have focused primarily on preparations to ensure development can proceed “once we come out of this pandemic”.

Despite Chau’s arrest and Suncity junket’s demise, listed Suncity remains active. For better or worse, gaming has many examples of companies moving ahead despite ingloriously losing top executives.

Take Wynn Resorts. Sexual misconduct allegations against founder, chairman and CEO Steve Wynn led to his 2018 resignation from the company that brandished his name on its properties. Wynn Resorts continued operations while revamping its corporate ranks, took Wynn’s name off its Boston Harbor property, paid record fines in Nevada and Massachusetts, but kept its gaming licenses and retained its status as a top luxury casino brand. It is now poised to develop an integrated resort in a Gulf emirate.

Suncity Group retains stakes in Hoiana, Summit Ascent and Suntrust. No gaming or stock market regulator has announced any action against Suncity listco. Suncity has warned of difficulties without the financial and logistical support of Chau, and Chau’s majority stake in the company has been transferred to an unnamed owner following a loan default.

“The Vietnamese government interlocuted us to ensure that we are doing the right thing,” Wolstenholme says. “I would say they are confident that the allegations have not been directed at [the Suncity listed company] at this time and that has made them very comfortable.”

While Hoiana may have once expected Suncity and other Macau junkets to source Chinese VIPs, Chau’s arrest plus policy changes and Covid torched that business plan. “It’s been a lot of character building,” says Wolstenholme, who opened Okada Manila for Japan’s Universal Entertainment in 2016 and served as COO of Galaxy Macau for two years ahead of its opening, along with stints in his native UK, Canada and Nevada.

With travel subdued, Hoiana concentrates on Vietnam residents. “There’s a lot of people that are eligible to play, and we’ve really focused our attention on them, particularly down south, around Ho Chi Minh City,” Wolstenholme says. Absent international travel, a majority of Hoiana guests have been non-gaming Vietnamese nationals.

Wolstenholme is confident Hoiana can succeed when travel rebounds, though that’s not a unanimous opinion. Vietnam’s first integrated resort, The Grand Ho Tram, opened in 2013 two hours southeast of Ho Chi Minh City, has enjoyed limited success. “Foreigner only casinos anywhere are a challenge, in Vietnam even more so,” Euro Pacific Asia Consulting managing partner Shaun McCamley says. “I know that firsthand as a past president of Ho Tram.”

Pandemic aside, Hoiana starts with several apparent advantages over Ho Tram. It’s less than an hour by highway from Da Nang International Airport. Rosewood gives Hoiana a global hospitality partner. It also has built in property sales elements. “The project is viable because it’s not a $4bn integrated resort project, it’s a $4bn real estate development with an integrated resort,” Wolstenholme says.

But above all, Hoiana is a 15 minute drive from Hoi An Ancient City, a well-preserved trading port dating to the 15th century designated a UNESCO World Heritage site in 1999. “We are all the things that you would expect from a five star integrated resort on the beach. But we also encourage people to go out and look at Vietnam, particularly at the Hoi An area, which is a great experience,” Wolstenholme says. “It definitely has that Vietnamese culture about it. It’s certainly very charming.

Corona Resort, opened in 2019 with Vietnam’s only casino admitting qualified local players, shares some of Hoiana’s advantages. It’s located on visa-free resort destination Phu Quoc island. Corona has a Raddison Blu hotel and is clustered with six hotels, a golf course and amusement park from Vinpearl, the hospitality arm of national conglomerate Vingroup, which also partnered on a hospital in the complex. Corona’s owner also developed Grand World, an adjacent shophouse style property project with residential, commercial and retail units.

“Integrated resorts in Vietnam have a bright future,” Wolstenholme says. “I think the Vietnamese government has become far more understanding of the business model.” Authorities halved the casino investment requirement to US$2bn and are reportedly considering extending the pilot program for local play until 2024 while expanding it to a pair of (unbuilt) casinos.

On local play, Wolstenholme says, “We’d certainly like to participate in that. By the same token, we want to make sure that it’s responsible and feel that we could assist the government to ensure that, whatever protocol was in place, it would be understanding of the social issues and those types of things. So we look at it as a partnership. And at some point we’d like to lead the expansion of local play.” But he declares Hoiana can “absolutely” succeed without local play.

“As far as Suncity is concerned, they’re keen to continue with the relationship, and we look at them as a valuable investor,” Wolstenholme says. Hoiana’s first phase costs are largely paid, but Suncity could need to contribute more capital. It reported a profit of nearly US$30m for the first half of 2021, plus US$5m at Summit Ascent, but that was aided by Chau and his junket business.

Beyond Hoiana, Suntrust’s Manila casino hotel is estimated to cost US$1bn and open in 2024. Summit Ascent has funded a US$200m expansion, delayed due to Covid, and temporarily lent US$120m to Suntrust.

McCamley “doesn’t see how” Suncity can meet its capital commitments, adding, “I really can’t see any value. Their complete business model has been smashed, and the principal is languishing in jail.”

Another seasoned Southeast Asia gaming executive requesting anonymity believes Suncity “has value because it is listed and owns significant equity stakes in casinos in very interesting markets.” That source sees a name change in the cards.