While many companies in igaming have traditionally favoured recruiting from within the industry, they could be missing a trick, says Joanne Christie 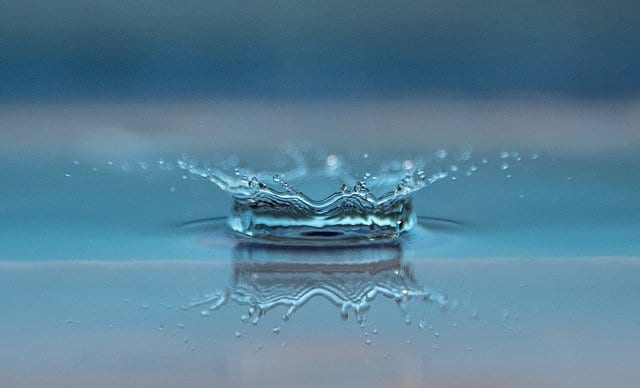 While many companies in igaming have traditionally favoured recruiting from within the industry, they could be missing a trick, says Joanne Christie

When it comes to recruitment, it would be fair to say the igaming industry has historically been a little bit insular. Industry experience has been high – if not top – on recruiters’ wishlists, while the option of taking on outside talent has traditionally been more of a Plan B than a place to start.

For many professionals, the feeling was mutual. The negative perception attached to the industry left many potential recruits unenthused, with the overall effect of the reluctance on both sides of the fence being something of a vicious cycle.

In recent years, however, there have been signs of a shift in thinking. Particularly in the US, where the online industry’s long hiatus has meant there simply isn’t a large pool of talent available, companies have had little choice but to look outside the industry.

Even outside the US, advances in technology, especially the move to mobile, have led to shortages in tech staff that cannot be filled by those who already have industry experience. That’s saying nothing of the fact the industry is simply growing at a higher rate than many others, which necessarily brings about greater recruitment needs.

But rather than viewing the relative dearth of industry-experienced talent as a problem, Andrew Bulloss (pictured right), partner at search firm Odgers Berndtson, argues igaming companies should be embracing the opportunities that come from hiring those from outside the industry.

“Given there is so much competition in the sector at the moment between brands, finding people that can bring that fresh perspective and new ideas, and that can help you look at things slightly differently and help you solve problems slightly differently. Whether it is a tech challenge, whether it is a product challenge, whether it is a marketing or brand challenge – people from outside the sector can really help some of the suppliers and operators to think laterally and help them to win market share and new customers.”

Selling the career benefits
And while he admits that many potential candidates are still reluctant to consider moving into the industry, he says igaming has plenty of ways to sell itself. “The industry is very international, it is incredibly data-led, it is highly competitive, it is very commercial, it is incredibly tech-driven, more so than many other industries, and those things appeal to many people.”

For Dylan Slaney (pictured left), senior vice president of gaming at SG Digital, the technology and the data potential were both aspects that attracted him to the industry when he moved over from data science company Dunnhumby in 2017.

“What excited me about this industry and NYX [Gaming Group, which was acquired by Scientific Games in 2017] was the size and scale, and the journey the industry was on from a technology development point of view.

“When I stated looking at the gaming and casino industry it was just fascinating in terms of where it’s come from and where it was moving towards, and the journey the industry was going on to be more data-driven, whether that’s on the front end to provide better recommendations or on the responsible gaming side, to improve experience from a player point of view.”

Eva Goel (pictured below right), chief commercial officer at Colossus Bets, joined the igaming industry in 2015, having spent the early part of her career at long-established data provider Dun & Bradstreet.

She says it was the opportunity to move into a growing industry that appealed. “At Dun & Bradstreet I learned a lot but the reality is that it is an established company in an established industry. When you work in that environment, what you call a success is basically growing that company by 3-5% per year.

“Gaming is an industry that offers a lot of opportunity for personal growth and it is also a growing market. It is not in all industries that you get the opportunity to grow in an actual growth environment.”

Goel adds that for her, it was specifically the smaller, more high-growth portion of the industry that she found attractive. She began with a role at Stratagem, which aspired to build a Bloomberg equivalent for sports trading, before moving to Colossus, a previous winner of Clarion’s Start-up Launchpad.

Bulloss says many newcomers have a similar motivation. “Candidates are less interested in the giants, the beasts that are seen as being quite political – they tend to be seen as a bit unwieldy and difficult to navigate. People are more interested in the nimble, entrepreneurial, high-growth businesses.”

He says it is also easier to recruit candidates into the “softer” side of the industry, in verticals such as lottery and bingo, for example.

Slaney says educating newcomers on the entertainment nature of the industry can also help increase interest. “We can attract talent by getting our brand out there, front-and-centre, and showcasing ourselves as a full entertainment ecosystem. We’re building products and taking similar approaches to many of the biggest entertainment companies in the world. It’s a fast-moving and tech-savvy industry. Showing prospective talent that we’re on the leading edge of entertainment can attract new employees and build our talent pool.”

Overcoming negative perceptions
In fact, the entertainment piece was something that helped overcome any reservations for Cristina Niculae, group chief strategy officer at Gaming Innovation Group.

“The industry is indeed perceived negatively from the outside, especially in relation to responsible gaming issues and how they can affect people at different stages in their lives, however I am a strong believer in the freedom of choice and in gambling/sports betting as a means of entertainment,” she says.

Bulloss says once people have joined the industry, they are often impressed by its sophistication. “People from outside have been surprised at how commercial the industry is and how people have that real daily trading mentality, particularly around how to acquire customers and how to really drive customer lifetime value.

“I think people are also surprised at the demands on the tech, so just the sheer volumes of transactions that go through some of these platforms day in and day out.”

Indeed, Niculae (pictured left), who joined GiG in 2017 after holding senior technology roles at well-known companies such as McDonald’s, Ericsson and Oracle, says she had not anticipated the pace at which the industry moves, “even compared to fintech, which I believed at the time to be the fastest”.

“Due to the challenging environment of constant regulatory shifts, businesses need to find the most rapid and innovative ways to adapt their strategies and execute them in extremely short timelines,” she says.

The industry’s fast growth has some drawbacks, however, and this is where Niculae sees industry outsiders as being able to add value. “A lot of the companies in igaming have grown quickly and in the process they have not ensured a proper structure for scaling.

“This ultimately creates execution issues caused by lack of process alignment, killing creativity and innovation and affecting the company’s performance.

“Other industries such as telecom or IT services have, over the course of many years, set in place the relevant scaling mechanisms that allow creativity and logic to work intertwined towards the profitability of the business. This insight and experience is the biggest advantage brought to the table. A second advantage would be the challenging of the status quo, which is always difficult to do from within the industry.”

On the last point, Goel agrees. “I always find I gain a lot when I sit down with people who have come into the industry more recently. You want to have that balance in the room where you have industry experience, then also that fresher perspective of what is happening in other spaces to see what we can learn from it.”

She adds that transferable skills should not be overlooked. “Sometimes we discount how much functional skillsets can actually come above any gaming knowledge. As a simple example, I think the ability to make decisions in an environment of limited information and to have the confidence to do that is a skill that is very transferable and is important is any environment.”

“There are a number of similarities with fintech, IT and telecom industries and a lot of the same approach towards bringing innovative technologies and products to the market. In terms of technology, igaming has gotten lots of inspiration from other industries,” adds Niculae.

He adds that the spate of M&A that has been taking place in the market in recent times has also meant some operators shy away from recruiting from a broader pool. “Companies want to drive revenue, they want to drive profit, they want to potentially make themselves appealing to buyers. They just don’t have the luxury of giving people time to get up to speed, so they tend to revert to type and just go for people within the sector.”

On the other hand, he says operators and suppliers are more willing to consider outsiders for functional roles, for example, finance, HR and marketing. When it comes to technology or product roles, the picture can be mixed.

In any case, he says bringing new talent into the fold only works if those people already in an organisation support newcomers. “You need to have a culture that embraces people from outside the sector otherwise these people are set up to fail.

“If a person finds doors closed at every opportunity then it won’t work. We do see that quite a lot.”

With the increase in the number of people moving into the industry in recent years, and their success in their new roles, hopefully this will become less of an issue in future. Given the knock-on effects successful hires often have, it’s even possible that in future that vicious cycle may well become a virtuous one.