We’re opening up our second survey into the most influential women in the industry and we’re looking for your nominations. 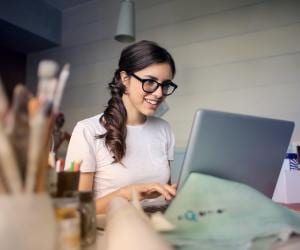 We’re opening up our second survey into the most influential women in the industry and we’re looking for your nominations.

Many had hoped that when the second annual gender pay gap figures were released in the UK there would be signs of significant improvement.

The theory was that the government’s introduction of mandatory reporting for employers with more than 250 staff, with the first disclosures due in April 2018, would shame employers with poor gender balance into action.

Sadly, this did not prove to be the case and when this year’s numbers were revealed they showed not much had changed at all. The median gender pay gap had decreased only slightly, to 9.6% from 9.7% the previous year, based on those companies that had reported by the March 31 deadline.

There are a number of companies in the gambling industry required by the new rules to disclose their gender pay gaps.

Some are performing much better than the UK average, for example, Sporting Index. It already had a gender pay gap of 10.4% in favour of women for 2017 and increased this to a whopping 71.8% in 2018.

Ladbrokes Betting & Gaming’s (Ladbrokes Coral was not required to report this year) already small gender pay gap of 2.0% in 2017 fell further to 0.1% in the most recent year.

There was no change at William Hill, where the median gender pay gap was 5.7% in both years, though it’s worth pointing out this is still significantly lower than UK average.

Second Most Influential Women survey
While there are some standout performances in the gambling industry when it comes to median figures, when looking at all the metrics gender pay gap reporting has shown that like many other industries, the gambling industry is generally paying men more than women.

It’s clear there’s still a need for more to be done if businesses truly want to promote diversity.

For this reason, last year iGaming Business launched our Most Influential Women survey to celebrate the women shaping our industry.

After calling for nominations from industry insiders, judges whittled these down to the 10 Most Influential Women for 2018. The results were published in last year’s July/August edition.

We’re now opening up nominations for the second survey, which we’ve moved to our end of year People issue of the magazine.

We’re looking for nominations from within the online gambling industry and we’ve now launched our survey, which you can fill in here.

Food for thought
Many within the industry will have colleagues who immediately spring to mind. But for those unsure who to nominate, we thought we’d round up some of the women we’ve featured in iGaming Business over the past year or so.

On the appointments front, we’ve seen a number of women promoted to top roles at igaming companies recently. At Nektan, Lucy Buckley took over as CEO, moving into the role after eight years at Inspired Entertainment.

Similarly, at NetEnt Therese Hillman was handed the chief executive role permanently last May after filling the role on an acting basis following the departure of Per Erikson. Prior to that, Hillman was chief financial officer at the company.

Also at Svenska Spel, Anna Romboli was recently appointed to the role of manager of draw-based games, with her move coming shortly after she spearheaded the launch of NetEnt’s affiliate portal.

In January, Elen Barber was appointed CMO at Kindred, having worked her way up the ranks of a company she first joined in 2010 as global affiliate manager.

Other promotions include Eva Karagianni-Goel, who was promoted to chief commercial officer at Colossus Bets last year, and Jane Ryan, who in May moved up to the role of chief operating officer at Nektan.

Of course, there are plenty of women of note who haven’t moved roles recently, some of whom we’ve featured in interviews with the magazine or online recently.

This includes Susan O’Leary, CEO at Alderney eGambling, who we recently interviewed about the opportunities in India. We also featured Pallavi Deshmukh discussing the challenges she's faced as CEO of start-up NetGaming.

We've also talked to a number of women working on one of the industry’s most important challenges – sustainability. These include DigitalRG’s Laura Da Silva Gomes and Kindred’s Maris Bonello, who is head of player sustainability research and integrity team at the online giant.

Women are also playing leading roles in two of this year’s most important regulated markets – in Sweden Camilla Rosenberg heads up regulator Spelinspektionen, while in the US Susan Hensel is director of licensing at the Pennsylvania Gaming Control Board. On the operator side, Jamie Shea heads up DraftKings’ digital sportsbook.

The above is by no means an exhaustive list and over the coming weeks we’ll be asking industry insiders for their views on who deserves to be on this year’s list. In the meantime, we hope you’ll get nominating.