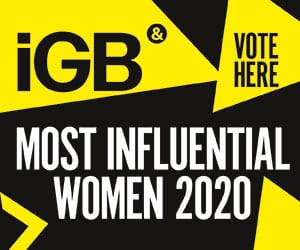 We’ve launched our third survey into the Most Influential Women in the industry and we want your nominations.

To say 2020 has been a tough year would be something of an understatement. The novel coronavirus (Covid-19) took everyone by surprise and has dramatically disrupted work patterns worldwide.

But its impact has been even more pronounced on women and has exacerbated existing inequalities, especially for those with children.

The closure of schools and the lack of other childcare options have caused deep divisions within both workplaces and families, with women bearing the brunt of the fallout.

A study of almost 5,000 parents in opposite-gender two-parent households carried out between 29 April and 15 May for the Institute for Fiscal Studies (IFS) in the UK shone a spotlight on the extra pressures faced by women due to the pandemic.

The survey found that mothers were one-and-a-half times more likely than fathers to have lost their job or quit since the pandemic began.

Of those who had continued working, on average mothers were combining paid work with other activities – largely childcare – during 47% of their work hours, compared with 30% for fathers.

In a briefing note entitled, ‘How are mothers and fathers balancing work and family under lockdown?’ the IFS said there was a risk that, “the differences we find in how the work hours of fathers and mothers are being affected by this crisis will result in larger detrimental effects on the career progression and earnings prospects of mothers than of fathers”.

It added: “Several of our findings suggest that there is a risk of reversing some of the progress made in narrowing the gender wage gap over recent decades.”

In April the United Nations expressed a similar view, releasing a policy brief that said the pandemic was deepening pre-existing inequalities, warning that “the limited gains made in the past decades are at risk of being rolled back”.

Third Most Influential Women survey
All of this makes it even more important than ever that we celebrate those women who are having a significant influence on our industry.

In 2018 iGB launched our Most Influential Women survey in recognition of the fact that the igaming industry, like many others, had a significant gender pay gap, with women under-represented at its highest levels. We wanted to redress the balance by acknowledging those women who were shaping our industry.

After the first survey struck a chord, we continued for a second year last year, with nominees again whittled down to a top 10 by a panel of judges. The full list can be found in Part 1, Part 2 and Part 3 of our Most Influential Women features published in November.

We’re now opening up nominations for our third survey, the results of which we will be running in our People edition at the end of the year.

Stuck for inspiration?
For many of you, a potential nominee will immediately spring to mind. But for those of you unsure who to nominate, we thought we’d round up some of the women who’ve featured on iGB over the past year or so.

For a start, a couple of women who featured in the list of five runners-up in last year’s survey have provided us with some insight on coping with the pandemic.

There have also been a number of notable female appointments over the past year, including several at C level.

At the beginning of the year software supplier GAN appointed Karen Flores as its new chief financial officer, while Japanese casino developer Ganapati named Juliet Adelstein as its new CEO.

At board level, Claire Milne took on the role of interim chairman at Playtech at the company’s AGM in May.

On the regulation front, the Belgian Gaming Commission – known for taking a tough stance and banning loot boxes – appointed Magali Clavie as its new president.

Across the border in France, Isabelle Falque-Pierrotin has recently taken on the task of heading up the country’s new gambling regulator, no easy task as its remit is much larger than that of its predecessor and there is now a much greater focus on social responsibility.

Meanwhile, PMU named Céline Stierlé as its director of communications and DraftKings appointed Christine Thurmond as its new director of responsible gaming.

High achievers
Of course, there are plenty of women who are noteworthy not for moving jobs, but for their recent achievements in their existing roles.

Earlier this year we spoke with Gamstop CEO Fiona Palmer about her satisfaction at finally getting the UK’s self-exclusion scheme to the point of being compulsory for all operators.

We also featured Henrietta Dunkley, a solicitor who made headlines last year when she successfully negotiated a settlement against a high street bookmaker worth £120,000.

Kindred’s Maris Bonello, one of the pioneers of responsible gambling, also gave us a detailed account of how much the industry had moved on in this regard.

On the regulation front, Camilla Rosenberg, director general of the Sweden’s gambling regulator Spelinspektionen, is never far from the news, nor is Anna van der Gaag, who as chief of the Advisory Board for Safer Gambling will certainly have a huge role to play in any reregulation in the UK.

And while her views may seem extreme to those in the industry, there’s no doubt Gambling Related Harms All Party Parliamentary Group chair Carolyn Harris is also shaping the conversation when it comes to the future of UK gambling regulation.

Meanwhile, Stateside Karen Lenoir is currently working on the ground-breaking task of handling licensing for the first mobile-only state of Tennessee.

Also in the US, women are front and centre of the trend towards deals between content providers and gaming giants. Erika Nardini, CEO at Barstool, is a case in point with the deal struck between the online publisher and Penn National Gaming.

Other women deserve recognition simply for pressing on with major strategic projects during the pandemic period. These include Casinos Austria chief executive Bettina Glatz-Kremsner, chairwoman and chief executive of FDJ Stéphane Pallez and Svenska Spel’s Anna Romboli, who heads up the lottery (Tur) business.

The above suggestions are by no means exhaustive and it is likely there are plenty of other women who deserve to be nominated this year. If you have one in mind, get nominating.