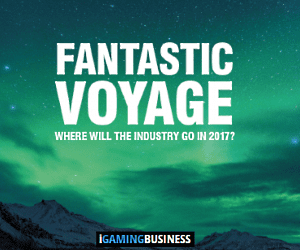 As 2017 gets underway iGaming Business’s industry experts run the rule over what the industry is likely to face in 2017; whether it’s VR, data or UX, increased regulatory pressures or unreasonable regulations. See Part 1 here and Part 2 here. 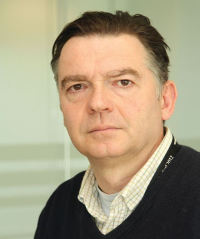 Jason Chess, partner, Wiggin LLP
In Pharaoh’s dream there were fat years and lean years. Usually, a highly regulated energetic digital industry throwing off high-tech jobs and offering inward investment can look forward to uninterrupted plenty, but there are clouds on the horizon for 2017.

Alarmingly, the industry seems to be haemorrhaging political and regulatory support, despite all of its sterling efforts over the years; with social responsibility resulting in stubbornly low levels of addiction.

In the UK, the Competition and Markets Authority (CMA) is inquiring into what the Gambling Commission referred to as the ‘cons’ and ‘bamboozling’ of players.

In Europe, even sensible legislatures, like the Dutch, are proposing rates of tax for so-called ‘liberalised’ markets that will serve only to encourage grey operations.

Have they not learned from France?

Places like Hungary and Belgium get away with blatantly non-EU compliant domestic regimes, right under the nose of a moribund European Commission, and regulatory process in other places – Greece and Romania come to mind – appears to fall far short of Northern European norms.

Germany continues to be a basket case and the Norwegian regulator forlornly fires off regular threats to television stations, payment processors and foreign regulators.

British newspapers recently ran scandalised reports about how evil gambling businesses were reaching out to politicians to promote the industry’s image. More strength to them, that’s exactly what we need to do in 2017.

There’s a message that isn’t getting across.

– UK DCMS engineers some restrictions on B2 machines in betting shops;
– crypto-currency take-up increases within regulated licensed activity;
– Differing views on the legitimacy of daily fantasy sports in various US states act as a catalyst to the recognition and regulation of sports betting in USA;
– Dot com regulation transitions towards Point of Consumption (POC) regulation;
– Common regulatory standards gather pace.

Although the timing was clearly a little out, those predictions may still be relevant for 2017: the UK review of LBO betting machines (FOBTs) is now in process, but the outcome (and the evidence) are still pending so that one stays on the list.

The near 40% drop in Macau gaming revenues over the last two years, due to China’s crackdown on currency transfers, supports the proposition that crypto-currency will become a major medium for value transfers in gambling; some regulators (UK, Malta) have already recognised this and more will follow.

During 2016, some US regulators have individually recognised the links between DFS, sports betting and online casino and the merit of encompassing all of them under one regulatory regime.

Although we are still at the thin end of that wedge, President Trump’s interest in the sector should soon resolve the federal position leading to effective revision of PASPA and maybe the retention of the DOJ’s position on the Wire Act.

2016 saw online gambling confirmed as the dominant power and largest gambling sector in the UK, following the publication of the Gambling Commissions statistics at the end of the year.

While not entirely surprising to many, it was a significant development which saw online gambling surpass all other land-based forms in a mature and regulated market for the first time.

Therefore, the thematic and often quoted phrase “with great power comes great responsibility” will be central to all our 2017 trade association initiatives.

These include the establishment of a National Online Self Exclusion System (NOSES), anti-money laundering considerations through the Gambling and Anti-Money Laundering Group (GAMLG) and development of player analytics guidelines.

In terms of wider predictions for 2017, there will be more regulated markets and revenues will continue to grow as will innovation and the development of new products.

However, within maturing markets, competition will undoubtedly be greater so consolidation is to be expected. That said, I will be surprised to see many more of the high profile mergers and acquisitions that have become commonplace in recent years.

Grant Macfarlane, chief executive, The Media Image
Performance – 2017 will be tough for slow non-mobile websites, so websites must be built for mobiles and load instantly.

Reputation – Gaming companies with physical offices, prominent contact details, multi-location support will have advantage over “hidden in the dark” websites, so ensure your business details are visible and consistent across all web properties.

It is beneficial to monitor not only backlinks, but also reviews and mentions.

Due to high competition in the industry, some competitors will use negative SEO tactics, so make sure you monitor your back links profile daily. Stay well away from any black hat techniques to avoid penalisation.

VR – We can officially call 2017 the year of virtual reality. There are many consumer-affordable VR devices: Oculus Rift, HTC Vive, Samsung Gear VR and others.

Consumers have not only started playing games and watching videos in VR, but to also browse the internet and use Google search. Make sure you do not miss an opportunity to ride the VR wave.

Progressive web apps, which “feel like an app, work like a website” will challenge traditional apps, especially in the gaming industry where UX and functionality are vital.

Stay tuned to iGaming Business for the final instalment of our experts’ predictions in the next few days.