VIP play in Las Vegas is showing signs of a rebound from domestic players, while the US lifting its international travel ban should help that segment’s recovery heading into 2022, and boost Nevada’s overall gaming revenue. 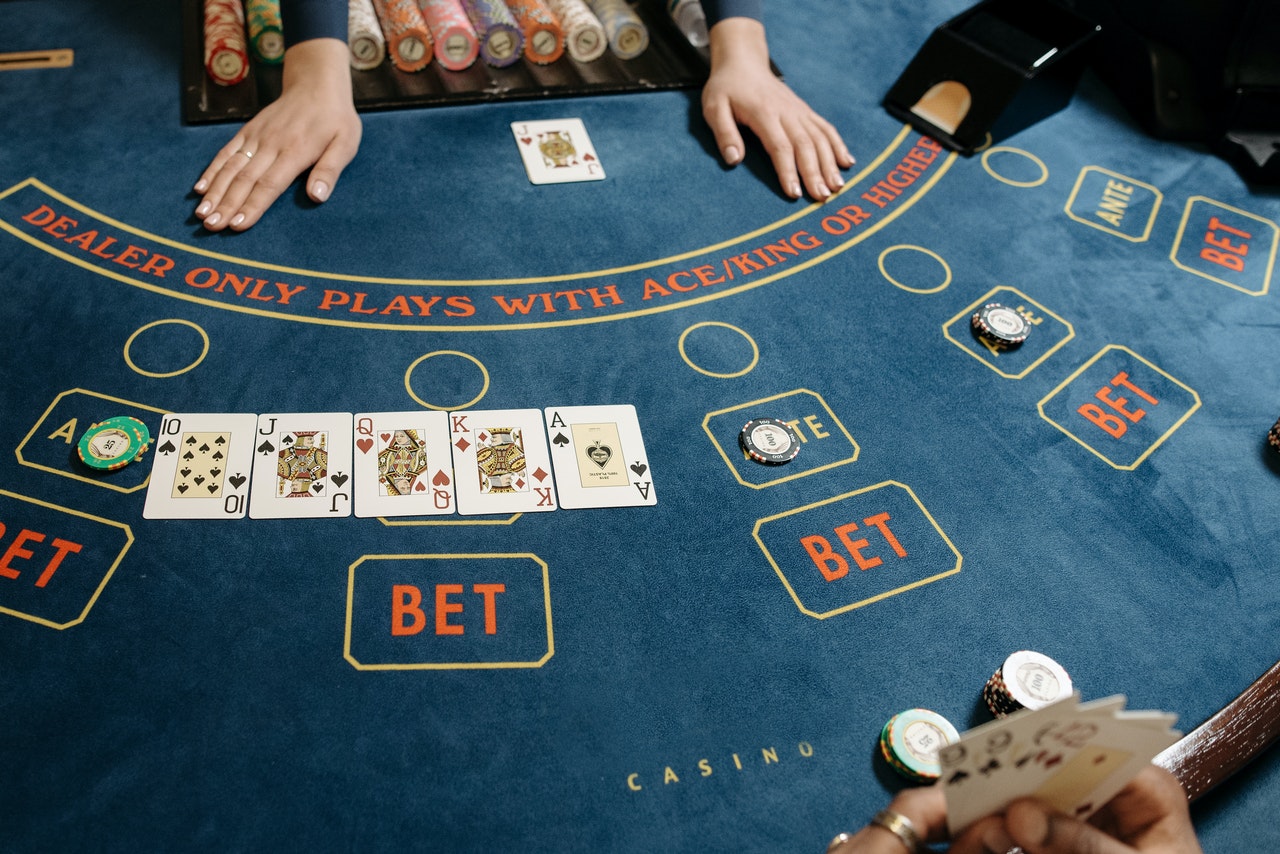 The Biden Administration’s lifting of Covid-19 restrictions for vaccinated travellers today (8 November) is already expected to help tourism and convention travel to Las Vegas. That has taken a big hit since the US first enacted travel restrictions in January 2020, under former President Donald Trump.

Foreign travel to Las Vegas had dried up. It fell to just 8,000 passengers going through McCarran International Airport in February. However, it picked up since then and reached 86,000 in September – though that remains 74% below pre-pandemic levels of 326,000 passengers in September 2019.

These restrictions have kept out non-essential travellers from China and the rest of Asia, Europe, Canada, Mexico and South America.

When the US announced in late September that travel restrictions would be lifted on 8 November, Wynn Resorts CEO Matt Maddox noted that reservations from UK residents to his Strip resort immediately spiked from zero to hundreds a day.

That influx of visitors will not only help overall gaming revenue in Nevada that set a third-quarter record of $3.7 billion, but further boost revenue from high-end players. Especially their preferred game of baccarat.

So far through September, baccarat handle is down $1.bn (or 24%) and baccarat win is down $177.6 million (or 21.1%) compared to January-to-September 2019, according to Michael Lawton, a senior research analyst with the Nevada Gaming Control Board.

But Barry Jonas, a Wall Street analyst with Truist Securities, points out that there’s been “strong volume growth” in the product since April.

Lawton says the baccarat play in Nevada has been driven by international customers remaining in the US for various reasons as opposed to returning to the Far East. It’s also driven by domestic baccarat customers.

Alidad Tash is managing director of 2NT8 Limited, a consultancy specialising in international casinos based in Macau. He has previously worked as a strategic marketing executive for the Venetian in Las Vegas and Macau, and says Strip gaming executives have professed their amazement at the gaming revenue being posted every month without international travel.

Tash suggests Vegas’ current VIP play is primarily made up from wealthy Chinese-Americans in Northern and Southern California, who have made a lot of money in the stock market and with cryptocurrency. That group, based on history in Asia, is more cautious about coronaviruses than other Americans and felt safer to play once vaccinated, Tash explains.

As for why they play baccarat, it’s a game where the house advantage is lower compared to other games, Tash adds.

“They worship baccarat,” he says. “Unlike blackjack, there’s no decision made in baccarat mid-game. It’s easier. And the Chinese also believe they can control their luck, which is why when they get the cards they squeeze them.”

While Las Vegas’ high-end Asian international VIP baccarat represents only about 5% of earnings for the large Strip properties, “it could be important for the growth story from here,” Jonas says.

“But with international travel restrictions easing, we could see higher related volumes going forward,” he adds. “Chinese New Year 2022 (on 1 February) could be the true test to see if the international Asian high-end baccarat customer has returned for this traditionally peak period.”

Lawton says vaccinated foreign nationals being allowed to travel to the US is “very positive”.

“We don’t have a full understanding on the time frame for the ramp up for these flights, however I would expect that this bodes well for New Year’s and more importantly Chinese New Year,” he explains.

Prior to the pandemic, baccarat revenues had been drifting lower and closer to where they used to be before the baccarat boom coming out of the Great Recession. The reason for that was increased competition on the international stage, analysts say.

Baccarat never surpassed 10% of Las Vegas Strip revenue until 1995, and didn’t take off until 2005. It peaked at 25.8% in mid-2013 before inching below 20% by mid-2019 prior to the pandemic and fell even more once international travel stopped. In January and February of 2021, compared to the January and February prior to the pandemic, baccarat revenue fell 65%, according to the Gaming Control Board.

Andrew Klebanow, principal with C3 Gaming, agrees with the assessment that growth in VIP baccarat play has been driven by domestic play, but he expects Las Vegas to see a bump when visitation from Canada increases.

“Vancouver and Toronto have historically been strong VIP baccarat markets,” Klebanow says. “Also, the VIP rooms in Vancouver have come under closer scrutiny from British Columbia regulators. That may drive some players to head south to Las Vegas as many players are loath to explain the sources of their bankrolls.”

Canada-based Corey Padveen, a partner with t2 Marketing International, said he’s already hearing from Canadians wanting his help to plan trips to Las Vegas. While there may be an initial spike, it will take time for international travel to return to normal, he says.

As for the high-end VIP play, Padveen expects an increase from those visitors in part because Las Vegas has developed a reputation of taking Covid-19 seriously with its mask mandates and restrictions since the pandemic started.

“That makes people feel safer and gives a level of encouragement to those who may be concerned,” Padveen explains. “That may provide some incentive for the Asian markets. They take contamination more seriously and with some hesitancy.”

Travel into Macau from Hong Kong and Taiwan is still restricted so there’s a lot of pent-up demand from those countries, Klebanow adds. Travel to Macau from China is limited as well, especially when there are any outbreaks.

“I expect the casinos in Singapore to be the initial beneficiaries as travel between those markets resumes,” Klebanow says. “It also remains to be seen how travellers from Asia feel about visiting the United States, a country with some of the world’s highest rates of infection.  Again, I like to remain optimistic, but it is impossible to predict how Asian customers will react in 2022.”

Chinese VIP customers are unlikely to lead the way, according to Lawrence Shen, a principal with C3 Gaming. That country is going through some political tightening as well, with it tougher to move foreign currency out of China.

Brendan Bussmann, a partner with Global Market Advisors, says it may take longer than the Chinese New Year that some analysts suggest could be important for VIP play in Las Vegas.

“With the Olympics coming up in February 2022, it’s doubtful that there will be a strong number of customers from China allowed to travel outside of its borders,” Bussman says. “While we all hope for a strong first quarter and Lunar New Year in 2022, much of the pent-up demand may not be realised until later into 2022 and 2023.”

Josh Swissman, founding partner of The Strategy Organization, says he’s not expecting foreign visitation to Las Vegas to resemble “turning on a faucet” at the start, but steadily increasing over several months before returning to pre-pandemic levels. For international VIP players, however, Swissman believes that they will bounce back sooner and like others he points to Chinese New Year as a benchmark for that.

It may be Europe instead of Asia that leads the way for Las Vegas overseas visitation.

Scotland native Oliver Lovat, CEO and managing director with Denstone REA, says based on their research there’s a “huge amount” of pent-up demand for international customers to come back to Las Vegas and expects Europeans “to be coming here in droves” starting 8 November.

That will be good for the bottom line of casinos, he adds.

Southern California customers are worth $608 while other US visitors are worth $722 a trip. In contrast, international travellers are worth $1,365 because they stay longer and pay higher amounts, Lovat points out.

As for high-end Asian customers outside of the Chinese, Lovat suggests if Macau restrictions remain in place, that will free up people to want to come to Las Vegas instead. “We’ve seen no high-end Asian play since Covid started because they haven’t been allowed into the US,” Lovat says.

He’s not surprised baccarat numbers have been rebounding. He suspected high-end domestic players have been coming back simply based on luxury retailers across Las Vegas who say they’re having one of their best years.

The crackdown by the Chinese government on high rollers gambling in Macau prior to the pandemic is costing billions of dollars a year in lost casino revenue, Tash notes. It was $28bn in 2013, fell to $14bn in 2019, then less than $2bn in 2020 because of the pandemic and travel restrictions, he says.

Macau just experienced its worst monthly performance in 13 months, winning less than one-fifth its monthly average in 2019, he adds. Macau had $36bn in winnings 2019, more than five times higher than the Las Vegas Strip.

That doesn’t mean that VIP money will go elsewhere, he adds. China doesn’t want it to go to Cambodia, The Philippines, Japan, Korea or the US either.

As for other Asian high rollers, Tash predicts Las Vegas won’t be seeing them until mid-2022 when quarantine restrictions are lifted in their countries and the risk of getting infected lowers in the US. Other nations will start to come now, but it will take until the spring and summer to ramp up.

“I think the (opening of international travel to the US) is going to significantly increase overall gaming revenues in a non-baccarat world because you’re going to get a ton of Latin Americans. The Brazilians will come more. The Mexicans will come more. There’s a lot of rich Argentinians who will come, but they’re not baccarat players. That’s an Asian game.

“A bunch of Europeans will come, and they will play their roulette and blackjack. But all of that will help gaming revenues.”

Photo by Pavel Danilyuk from Pexels