Legal sports betting advocates are hopeful more US states than Nevada will soon be able to offer sports betting. But the best they can hope for is a state-by-state model, and Rachel Hirsch questions whether this type of framework is viable. 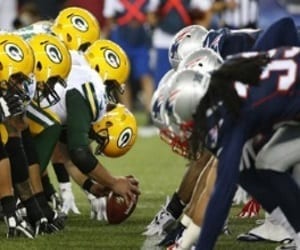 Legal sports betting advocates are hopeful more US states than Nevada will soon be able to offer sports betting. But the best they can hope for is a state-by-state model, and Rachel Hirsch of Ifrah Law questions whether this type of framework is viable.

Almost two-and-a-half years ago, NBA Commissioner Adam Silver boldly went where no other major professional sports league spokesperson had gone before. Speaking at the Bloomberg Sports Business Summit in New York in 2014, he declared that legalised sports betting was “inevitable” in more states than Nevada.

The statement stood in stark contrast to the position previously taken by the leagues, which had banded together in 2014 to challenge New Jersey’s partial repeal of its own sports betting ban.

The major North American sports leagues – the National Football League (NFL), the National Basketball Association, the National Hockey League (NHL) and Major League Baseball – along with the National Collegiate Athletic Association (NCAA) and the US Department of Justice (DoJ) have since been embroiled in litigation with the State of New Jersey to prevent it from legalising sports betting.

The courts, thus far, have ruled in favour of the leagues, finding that the repeal is a violation of the Professional and Amateur Sports Protection Act (PASPA) of 1992, which essentially banned sports betting except in limited instances – most notably, Nevada. But with the possibility the Supreme Court will hear New Jersey’s appeal in 2017, there is renewed hope of legalised sports gambling outside Nevada.

In 2011, New Jersey revisited the issue, and voters approved a referendum by a 2-1 margin to amend the state constitution to allow for sports betting in casinos and race tracks. The state legislature then passed a bill legalising sports betting, which was signed into law by New Jersey Governor Chris Christie in 2014.

The DoJ then intervened to defend the constitutionality of PASPA. After the district court granted a summary judgment in favour of the NCAA and the professional league plaintiffs, the state appealed to the Third Circuit Court of Appeals. In a 2-1 decision, the Third Circuit found that the leagues had standing to bring the case and that PASPA is a constitutional exercise of federal power that barred New Jersey from proceeding with sports betting.

The Third Circuit found that New Jersey’s attempt to legalise sports gambling amounted to a de facto authorisation, in violation of PASPA, even though the state only wanted to repeal its laws prohibiting sports betting and would not actually be involved in the regulation of sports gambling, leaving that to the casinos and race tracks.

Following this loss, New Jersey petitioned for en banc review in the Third Circuit, in which all active justices were called upon to consider the case. In a 10-to-2 vote, the Third Circuit issued its decision in August 2016, siding with the NCAA and the sports leagues and holding that the federal district court correctly ruled that New Jersey’s law violated PASPA.

Supreme Court offers glimmer of hope
After this series of defeats, New Jersey made an appeal to the United States Supreme Court in October 2016. Five states submitted briefs in support of New Jersey. There is no timeline for the Supreme Court to make a decision. However, in January 2017 the Supreme Court asked for a brief from the Solicitor General expressing his views.

This was good news for New Jersey, as an outright denial of the appeal – as the Supreme Court had done with the vast majority of cases that were appealed to it at the same time – would have been the end of the road. But a decision from the Supreme Court in favour of the state could flip the switch to launch sports betting in New Jersey.

William Hill has already built a shop at Monmouth Park and is ready to go if and when the Supreme Court gives its blessing to legalised sports gambling in the state.

Raiders’ move to Nevada signals shift in sentiment
While New Jersey awaits a decision by the Supreme Court, advocates for legal sports betting are optimistic that the NFL’s recent decision to relocate its Raiders franchise to Las Vegas signals a shift by the professional sports leagues on the divisive issue of legalised sports gambling.

Last month the league’s 32 owners overwhelmingly voted to approve the Raiders’ proposed move from Oakland to Las Vegas. Like most professional sports leagues, the NFL has long opposed the idea of a permanent franchise in Las Vegas given concerns that  proximity to the nation’s  gambling capital could corrupt  the integrity of the game.

Despite these concerns, the Raiders will join the NHL’ s newest expansion franchise, the Las Vegas Golden Knights, in Sin City, leading gaming industry lobbyists to believe the NFL’s decision demonstrates the nation is ready for legalised sports betting. Although the nation may be ready, the move to Las Vegas does not mean that the NFL is suddenly a proponent of legal sports betting.

Indeed, NFL Commissioner Roger Goodell squashed any hope of a change of heart when he noted the NFL was not changing its position as it relates to legalised sports gambling.

But even if the Las Vegas NFL move means many are now asking “when”, not “if” legalised sports betting will come to the rest of the United States, a more pertinent question sports betting advocates should be asking is: ‘Is a state-by-state sports betting model viable?’ And: “Will this framework attract the top-tier brands?” The answer to both questions is no.

As the epicentre of legal gambling and the current ring leader in legalising sports betting in its state, New Jersey’s framework for regulating casino gaming is likely to be followed if and when sports betting is legalised.

Under this framework, online poker and casino operators partner with existing, land-based casinos to offer regulated play in the state. The goal of these partnerships is to attract newer players to the brick-and-mortar casinos and to bolster online play through new casino offerings.

Although this model seems to have worked for online poker and casino operators, it is unlikely to work for sports betting. The reason is simple: offshore sportsbooks. All of the magic and pizzazz of new casino offerings will do nothing to attract those already betting on offshore sites to cross over to regulated ones. According to the American Gaming Association (AGA), sports fans annually wager about US$150bn illegally, including $4.1bn on Super Bowl 50 in 2016.

For 2017, the AGA estimated fans would bet $90bn on NFL and college football games – 98% illegally. Given these figures, it is unlikely that states offering online sports betting will be able to make a significant impact in this market. Plus, states will likely impose burdensome requirements on players with legal sports books – namely, in-person registration and dollar limits.

While NJ eventually dropped those requirements in casino gaming, sports betting is different given the rampant concern about protecting sporting integrity.

Additionally, regulators may decide not to allow certain aspects of betting, such as in-play betting, for example. They may also prohibit betting on state teams. There has already been discussion in Nevada about prohibiting betting on the Raiders in Nevada casinos. That would seemingly prevent casino owners and gambling executives from asserting undue influence on Raiders players to affect the outcome of the game.

With these types of restrictions, what is the appeal for sports bettors to leave offshore sportsbooks to bet with regulated ones? Even if the regulated books offer the same product and the same odds (which is questionable), there is nothing drawing sports fans away from unregulated betting. And, in turn, there is very little attracting big name sports betting brands to invest in regulated markets when offshore sportsbooks continue to dominate the market.

While there is zero hope for a federal scheme, the fallback position of a state-by-state model is unsustainable. Advocates may think that the odds are in their favour for legalised sports betting, but they would be fools to bet on a viable state-by-state sports betting framework.