The AGA says sports betting will be regulated in the US within two to four years but myriad pieces need to fall into place for it to happen, while online betting is left out. Amanda McCormack speaks to the AGA, tech providers and NJ Senator Raymond Lesniak to find out more. 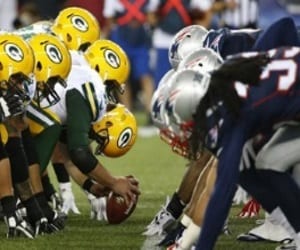 The American Gaming Association says sports betting will be regulated in the US within two to four years. However, myriad pieces need to fall into place for that to happen, while online betting is left out. Amanda McCormack speaks to the AGA, tech providers and NJ Senator Raymond Lesniak to find out more.

The American Gaming Association (AGA) has been a lot more vocal in pushing for regulation of sports betting in the US recently and following a meeting with Morgan Stanley analysts at this year’s ICE Totally Gaming exhibition in London, the consensus is that betting regulation in the US may not be as far off as originally thought.

However, for the regulatory stars to align a number of key issues need to be addressed satisfactorily for all stakeholders. Importantly, the AGA’s betting regulation push focuses solely on land-based betting in bricks and mortar casinos.

Of course, this leaves the issue of US-focused online betting unanswered and many industry observers continue to wonder whether regulation of online betting would be a better route to follow rather than an all-out ban.

Meanwhile, will having a former casino owner as President be a catalyst for change?

The AGA estimates that US$150bn is wagered illegally in the US every year on sports betting and has claimed that if there was a 7.5% hold rate and a 25% rate of tax the US government would see US$3bn of annual tax revenues from sports betting legalisation.

Historically US sports leagues have strongly objected to legalising sports betting in the US because of fears it would lead to corruption and match-fixing within their respective sports.

Yet some such as Major League Baseball and the National Hockey League have major investments in fantasy betting platforms such as Draftkings and Fanduel, while the National Basketball Association has an undisclosed equity share.

Clearly these investments open the leagues up to accusations of conflicts of interest when it comes to regulating sports betting in the US.

US sports betting law
The Professional and Amateur Sports Protection Act (PAPSA) enacted in 1992 made sports betting in the US illegal apart from in the states of Nevada, Delaware, Oregon and Montana with only Nevada allowing betting and Delaware partially allows it.

Some states in the US, most prominently New Jersey, have been trying to find ways around PASPA in order to legalise sports betting.

“The casino gaming industry is building a diverse coalition of stakeholders who will work with Congress and the Trump Administration to lift the unconstitutional ban on sports betting and give states the freedom to regulate this increasingly popular American pastime.”

US leagues’ views evolving?
US sports leagues’ key retort has always been its worry that legalising sports betting in the US will lead to match-fixing and criminal activity. They feel that once money is legally involved sports integrity will be compromised.

The NFL has been particularly vocal in the past of its dislike of sports betting being made legal, viewing it as having a negative impact on the sport.

But last year its perspective showed signs of softening when NFL Commissioner Roger Goodell said:  “All of us have evolved a little on gambling. To me, where I cross the line is anything that can impact the integrity of the game. If people think it is something that can influence the outcome of a game, we are absolutely opposed to that.”

The AGA is clear that legalisation of sports betting in the US will not happen imminently, but Balsbaugh told iGaming Business: “We are seeing tremendous momentum for a legal, regulated sports betting market and the American Gaming Association believes sports betting will be legalised nationwide in two to four years.”

The idea that once sports betting is legalised in the US online betting will follow is encouraged by certain stakeholders, fully aware of the revenues they are missing out. Others such as the sports leagues see it as a major step (too far?).

Eduard Blonk, managing director of sales at Betradar, told iGaming Business: “There are quite a few challenges (to online betting regulation) to be honest, but probably the main one is the current disparity between those looking for state by state changes and those looking for a federal solution.

“Many, including the NBA, have floated the idea of this issue being dealt with at a federal level and this probably makes sense, so that all stakeholders: operators, punters, regulators can benefit from the clarity of a single, joined up policy and framework that applies across the board.”

Contention over online betting
Can casino magnate Sheldon Adelson’s large financial backing of President Trump skewer any positive regulatory moves for US betting? The head of the Las Vegas Sands Corporation has vowed to do “whatever it takes” to prevent further regulation of online gaming and betting in the US.

Trump himself recently said: “What I’d do is sit down with the commissioners. I would be talking to them, and we’ll see how they feel about it. Some would not want it, I’ve read others maybe do. I would certainly want to get their input and get the input from the various leagues. It will be studied very carefully.”

So not a no then, but definitely not a yes either.

However, legalising sports betting in US casinos will not be a stepping stone to the regulation of online betting.

Morgan Stanley’s analysts commented: “To be clear, we do not expect an expansion of online gambling – new US Attorney General Jeff Sessions (an AL conservative) has already said he will revisit the prior administration's reinterpretation of the Wire Act, and is supported by Sheldon Adelson, CEO of the largest US Gaming company by market cap.”

Adelson introduced a bill in 2015 called the Restoration of America’s Wire Act (RAWA) that would overturn the DOJ’s interpretation and define the Wire Act as prohibiting online gambling in all states.

The bill did not pass into legislation last year but could be re-introduced in 2017. The AGA, although maybe not related to Adelson’s campaign, remained cautious when asked if it was likely online sports betting would follow the legalisation of sports betting in the US.

Balsbaugh said: “The AGA has focused its efforts on issues that our members align on which include sports betting and lowering the IRS threshold for reported winnings.”

To be fair, even if he is very powerful, Adelson, is in the minority of casino owners calling for an igaming ban.

And with a state-based regulatory framework most likely, regional bricks and mortar casinos would benefit from legalisation of sports betting going ahead.

It would mean punters placing their sports wagers inside casinos, leading to greater footfall and increased turnover for those establishments.

Illegal sports betting’s growing popularity
The AGA found in its recent report The Key to Sports Integrity in the United States: Legalized, Regulated Sports Betting that, despite being illegal, sports betting was still a common activity for the US public and was “done casually through office pools or more seriously and systematically through illegal bookies or offshore gaming sites”.

On average, fans who bet on NFL games watched 19 more football games per year than those who didn’t, said the AGA. Last year 80% of Super Bowl viewers said the current sports betting law should be changed.

The AGA explained that, if sports betting were to be legalised, data analytics would enable detection of irregularities and protect the integrity of the game.

Betradar's Blonk says: “Current restrictions on legal sports betting in North America do not enhance the integrity protection for sports – much of the domestic market is effectively invisible having disappeared underground and the wider global betting on US sports means that those sports are not immune from integrity risks in any event.

“Legislation on its own is not enough, but legislation backed by effective regulation could enhance that position: for example, allowing a regulator to have detailed oversight of all US-placed bets (similar to the system employed in Italy); or implementing a recognised and robust bet-monitoring system such as our Fraud Detection System, further supported by intelligence analysis and a comprehensive education programme.

“Taken together, the US could put in place one of the most effective detection alliances in the world.”

The proportion of American adults who wager on sports (not including horse racing) is roughly the same as in Britain, the AGA said; with 10% according to a 2016 Gallup Poll in America versus 12% according to the last British Gambling Prevalence Survey.

Who else benefits?
New Jersey Senator Raymond Lesniak has been a vocal of betting regulation in the US, he is running for the governorship of the Garden State and told iGaming Business: “The potential for revenue from internet wagering on sports is enormous, and it would give New Jersey, our casinos and racetracks in the state itself, a huge lift if we were able to pull that off. I have been the strongest advocate for [legalized sports betting] in the country, and believe I'm the one who can pull that off. That would certainly be a key part of what I would do as governor.”

“I'm gratified to see New York state has introduced legislation following the legislation we have in New Jersey. They come under a different federal court district, so could get a more favourable panel hearing there. And we have been encouraged by the fact the US Supreme Court has asked the Solicitor General to weigh in, which basically means that they are undecided.

“Since we are the appellant and we lost below, you would think that under normal circumstances and since it takes so few cases, being undecided is a good thing for us. And we have the leagues now, the NBA being strongly in favor of legalized sports betting, and baseball and hockey tacitly so.”

Morgan Stanley's analysts adds: “While state-by-state roll-out could limit the size of the market, there's the opportunity that the market could be much larger if legal and if it can re-engage sports viewers through novel betting like in-play.”

The analysts said the biggest potential beneficiaries of the legalisation of sports betting in the US would be operators with locations in multiple US states, and the existing large scale betting technology companies such as William Hill and Paddy Power Betfair.

With more states pushing the boundaries of sports betting laws and others like Mississippi starting to show interest, momentum behind legalising sports betting in the US is building up.

However, despite, or regardless of Adelson’s efforts, the elephant in the room remains online betting.

Internet sportsbooks targeting the US may be less numerous than prior to 2006’s Unlawful Internet Gambling Enforcement Act, but there is still a sizeable chunk of the sector that takes significant online revenues from US punters and will not be deterred by RAWA or any other US law.

And while the AGA is, understandably considering it represents US casinos, moving cautiously by pushing only offline betting, the topic of online regulation will surely have to come up at some point.

To European observers it can seem odd that the US has such old fashioned views on sports betting, especially when illegal betting is so huge there, whether it is on or offline.

But, for now at least, US casinos and international bookies will have to wait and watch to see how it all pans out.