The final part of iGamingBusiness.com's run down of the proposals put forward by the UK’s main political parties concludes with the Scottish National Party - potentially a key power broker in a hung parliament - and the Liberal Democrats. 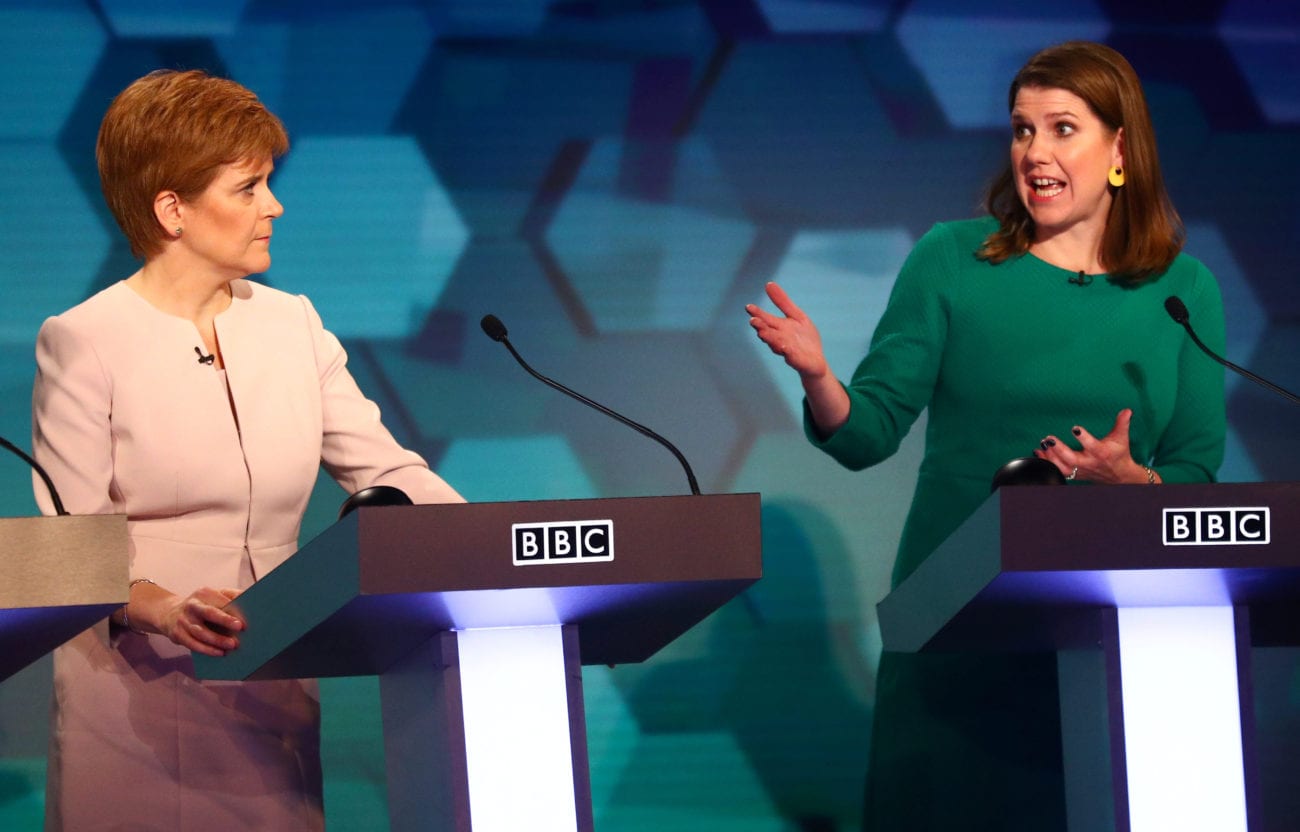 The final part of iGamingBusiness.com's run down of the proposals put forward by the UK’s main political parties concludes with the Scottish National Party – potentially a key power broker in a hung parliament – and the Liberal Democrats.

What the SNP manifesto says:

Leading the campaign against problem gambling
The SNP was at the forefront of cross-party efforts to reduce the maximum stake on Fixed Odds Betting Terminals to £2, and helped stop Tory attempts to postpone this from spring to autumn 2019.​

Tackling Problem Gambling
Having led the campaign against Fixed Odds Betting Terminals, the SNP will continue to tackle problem gambling, pushing the UK Government to treat it as a public health matter and tackle it with a joined-up strategy.

We will press for greater devolution of gambling regulation to the Scottish Parliament and press the UK Government to stop underage gambling on video games. We will support changes to charity lottery law to reduce bureaucracy and maximise returns to good causes and we will support a full public health inquiry into gambling related harm.

Protecting our children from online harm
The internet is an amazing resource we all now take for granted, and technology means we are just a click away from finding out anything we want to know and online communities can help us feel connected. However, the online world can also be a place where our children see images that are unsuitable or are distressing and where they could be put at risk from harm.

We all want our children to be safe and do we all we can to protect them, but when it comes to online harm, we are behind the times in tackling it.

How iGB reported on the manifesto launch.

General thoughts on the manifesto:
Duncan Garvie, thePOGG (DG): While the SNP cannot end up as the ruling party at the conclusion of this election due to only fielding candidates in Scotland, they are currently the third largest party in the Houses of Commons, with nearly three times as many MPs as the Lib Dems.

If current polling is to be believed – indicating a rapid slump in support for the Lib Dems as their voters migrate to Labour and a near double digit rise in the number of MPs the SNP are likely to have – the SNP are potential king makers in any hung parliament situation.

Dan Waugh, Regulus Partners (DW): Gambling policy has been a staple of SNP manifestos for a number of years now but this time around they seem to be simply falling in line with Labour. The difference of course is that the party would like gambling legislation and regulation devolved to Holyrood.

Reaction to gambling-specific elements:
DG: The SNP manifesto stipulates that they will press for further devolution of power in this sector and this seems likely to be significant if they do end up with the deciding voice on 13 December.

It could result in different standards being required north of the border and given the SNP’s previous focus on FOBTs and current attention to loot box style video game gambling, this seems likely to result in reduced maximum bet limits as with the current Labour manifesto and restriction on skin gambling.

What the Lib Dem manifesto says:

Gambling regulation:
Introduce a compulsory levy on gambling companies to fund research, education and treatment of problem gambling.
Ban the use of credit cards for gambling.
Restrict gambling advertising.
Establish a Gambling Ombudsman.

Gambling as a public health issue
There are 340,000 problem gamblers in the UK including some 55,000 children aged 11 to 16. The Liberal Democrats will introduce further measures to protect individuals, their families and communities from problem gambling.

Business
Our priorities in the next parliament will be:

Investing £130 billion in infrastructure – upgrading our transport and energy systems, building schools, hospitals and homes, empowering all regions and nations of the UK and developing the climate-friendly infrastructure of the future.

Enabling an adaptable, future-focused workforce – empowering individuals through new Skills Wallets worth £10,000 for every individual.

Introducing a wellbeing budget and basing decisions for government spending on what will improve wellbeing as well as on economic and fiscal indicators.

Support the UK’s diverse, inclusive tech sector by teaching core skills such as logic, verbal reasoning and creativity in schools, and by reforming immigration rules – including enabling industry bodies to sponsor work visas.

Support the growth of new jobs and businesses in the tech sector by allowing companies to claim R&D tax credits against the cost of purchasing datasets and cloud computing, simplifying the regulatory landscape and speeding up regulatory change.

Ensure that new technologies are used in ethical and responsible ways.

General thoughts on the manifesto
Duncan Garvie, thePOGG (DG): The Lib Dems manifesto is a classic opposition party program of ‘radical change’ – with little realistic chance to gaining significant influence the party seems to have looked to roll out hardline policies that will ring true to the ideals they proport to stand for but may be more challenging to deliver in the unlikely event that Jo Swinson was to gain the keys to number 10.

Julian Buhagiar, RB Capital (JB): The thing about the LibDems is that boy do they try to make sure they’re properly in the middle of the middle ground. Apart from Brexit of course, they’re going to forcefully revoke without any questions, not understanding that most of the reasonable Remainers have already made peace about the next seven years being full of thin cows anyway.

So, whilst they're repeatedly keen to push the protest-vote button (as seen in the recent European Parliament elections) and as their manifesto can attest, they will not do any good for gambling (or indeed big business) in the short or long term.

Reaction to gambling-specific elements
Dan Waugh, Regulus Partners (DW): The Lib Dems have effectively cut and pasted Labour Party policy announcements on gambling. They have very little expertise within the party when it comes to gambling (with the exception of Lord Foster of Bath and the former Member for Withington, John Leech) and seem to simply be piggy-backing the issue.

DG: The Lib Dems commitment to a new levy on gambling companies mirrors Labour’s commitment and effectively introduces a new tax to the sector in a market that is already high up the tables in terms of gambling tax. While the objective is unquestionably a positive one, given that we have seen a significant number of operators exiting the UK market over 2019 primarily due to the overheads that are part of this market, further increases in tax would seem likely to further reduce competition in the marketplace which is never a good thing for consumers.  The ban on credit card use in gambling is in writing a far stronger commitment than the Tory review of “credit card misuse”, but realistically likely makes very little difference given that all indications are that the Gambling Commission intends to move in this direction in the near future regardless of party pledges.

JB: Ah, those good, honest hardworking Yellows. Surely a world replete with their policies would be truly great to live in. Sadly not, at least not where gambling is concerned. They are intent on creating thinktank workgroups for every single gambling policy in existence. In other words, a business breakfast meeting every day for the rest of your life, complete with those croissants that come pre-packaged with jam.

DG: The restriction on gambling advertising is something that will happen sooner or later anyway in my opinion. UK TV advertising is reaching saturation point with adverts for online gambling and any party looking to credibly address gambling addiction will end up turning their attention to this issue.

The Lib Dem manifesto commits to the establishment of a “Gambling Ombudsman”. An Ombudsman service is simply an alternative to the already existing Alternative Dispute Resolution (ADR) system that all UKGC licensees have to participate in and in which significant time and resources have already been invested. There are pros and cons to both models, but committing to switching from one to the other should be backed-up with substantive evidence to suggest that the switch would result in a significant improvement for consumers, enough so to justify the expenditure of tax payer money to dismantle the current system and start from scratch. If that evidence exists, I have not seen it.