In the second part of iGamingBusiness.com's examination of the manifesto pledges being put forward by the UK’s leading political parties, the proposals from Jeremy Corbyn’s Labour are scrutinised by our industry panel. 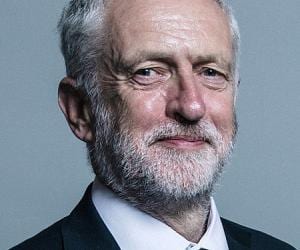 In the second part of iGamingBusiness.com's examination of the manifesto pledges being put forward by the UK’s leading political parties, the proposals from Jeremy Corbyn’s Labour are scrutinised by our industry panel.

What the manifesto says:

Gambling regulations
A Labour government will curb gambling advertising in sports and introduce a new Gambling Act fit for the digital age, establishing gambling limits, a levy for problem gambling funding and mechanisms for consumer compensations.

Gambling as a public health issue
We will address drug-related deaths, alcohol-related health problems and the adverse impacts of gambling as matters of public health, treated accordingly in expanded addiction support services.

Changes for business
We will require one-third of boards to be reserved for elected worker-directors and give them more control over executive pay – because when those who depend on a company have a say in running it, that company generally does better and lasts longer.

We will introduce a broader ‘public interest test’ to prevent hostile takeovers and asset-stripping weakening our industrial base and destroying treasured home-grown companies. And we will give workers a voice on public bodies such as the Competition and Markets Authority.

We will give workers a stake in the companies they work for – and a share of the profits they help create – by requiring large companies to set up Inclusive Ownership Funds (IOFs). Up to 10% of a company will be owned collectively by employees, with dividend payments distributed equally among all, capped at £500 a year, and the rest being used to top up the Climate Apprenticeship Fund. The cap will rise to ensure that no more than 25% of dividends raised by IOFs are redistributed in this way.

How iGB reported the manifesto launch.

General thoughts on the manifesto
Julian Buhagiar, RB Capital (JB): As a venture capitalist and free-market thinker, the Labour manifesto is one of the scariest works of non-fiction to come across in peacetime, to the point that is positively Orwellian; dangerously teetering between self-parodic and self-defeating.

The document is less a proclamation than an extract from an alternate-timeline universe where the hard left took over in the 1950s and assimilated all aspects of liberals’ existence since then.

Dan Waugh, Regulus Partners (DW): The Labour agenda on gambling is very familiar. The party has been developing its policies for the best part of two years.

The centrepiece recommendation is for new primary legislation to replace the Gambling Act 2005. It is because the party has its sights set on a root and branch review that it has identified a number of areas of scrutiny – advertising and sponsorship, online limits, a levy to fund research, white label licensing – but has remained circumspect on detail.

[Former Labour deputy leader] Tom Watson and [policy advisor] Dr James Noyes have been keen to avoid tying the hands of reviewers or giving any suggestion that key decisions have been taken in advance of the review.

Duncan Garvie, thePOGG (DG): The Labour manifesto is ostensibly the most radical of any major party manifesto, representing a strong swing to the left and socialist policies. It is likely to generate the most concern for those working in the gambling sector.

Reaction to gambling-specific elements
DW: Whether or not the Labour Party wins the General Election, the Labour manifesto is clearly the most considered and influential of all the parties.

DG: The manifesto commits to replace the Gambling Act 2005 rather than simply reviewing it as the Conservative manifesto does. That effectively puts every currently established rule or standard in play for potential change. A new levy on gambling companies introduces a new tax to the sector in a market that is already high up the tables in terms of gambling tax internationally.

There is no question that the sector does need to take action to tackle the alarmingly fast rise in gambling addiction rates, but a tax may not be the most effective manner of achieving this objective. T

The UK gambling market has seen a significant number of operators, some of surprising size, exiting over 2019 and there seems to be growing concern within the market that between tax and overheads derived from regulatory expectations that the viability of the market is now starting to be squeezed.

Further increases in tax would seem likely to force more businesses from the market, further reducing competition in the marketplace. This is unlikely to have a positive impact on consumers and potentially further opens the door to black market unlicensed operators who can afford to offer promotional incentives vastly beyond their licensed competitors.

JB: Gambling is formally treated as a class-A substance and as such all parts of its ecosystem will be heavily penalised; including the likely nationalisation of gambling companies to be relegated to little more than online bingo halls and lottery dispensers (with gratuity monthly public takedowns of ‘fat cats’ earning more than basic citizen salaries).

On the great new illustrious Public Interweb project [Labour has promised free broadband across the UK], the domain blacklist table will be magnificent and all-encompassing; blocking access to all gambling sites (and encrypted messaging, adult, and esports – they all destroy our youth citizens) other than the national lottery.

There will be some brief respite, however knowing that the Labour government possesses less basic knowledge of encryption and fireballing than your standard middle eastern despot.