Paul Girvan takes stock of the factors that have driven the development of the US market, and looks ahead to how the land-based, online and tribal sectors may evolve in the coming years. 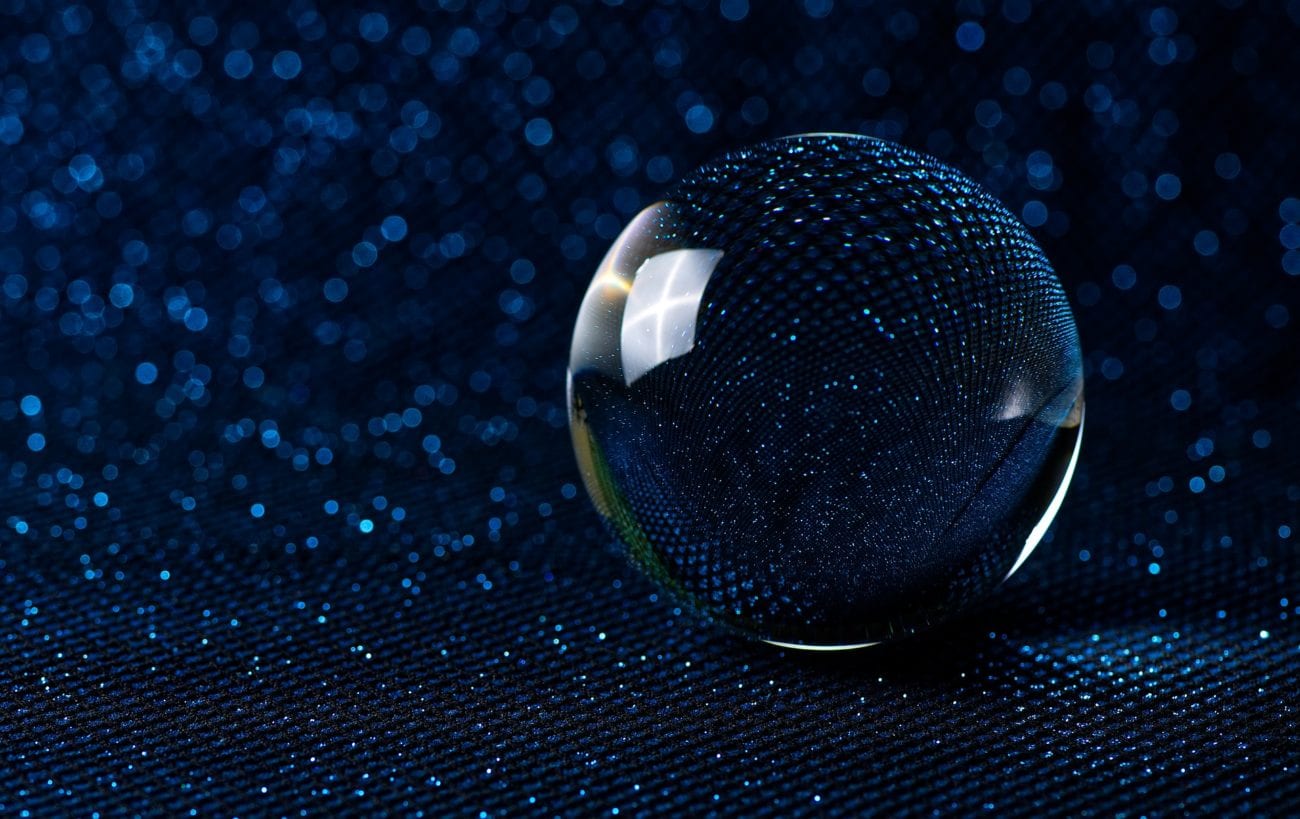 The rapid and ongoing adoption of sports betting (especially in the form of mobile sports betting), and to a lesser extent igaming, in the US and Canada has created a seismic shift in the gaming landscape not seen since the proliferation of landbased casinos outside Las Vegas and Atlantic City in the 1990s.

In the wake of the novel coronavirus (Covid-19) pandemic, which spurred much of this activity, now seems an appropriate time to pause and take stock. This piece will examine how we got here, what problems might arise, and how industry stakeholders might respond to ensure the vitality and indeed viability of gaming into the future.

How we got here

Two events have led to the rapid development of the online gaming business in the US.  The first of these was the Department of Justice (DoJ) opinion of 2011, which reinterpreted the Wire Act of 1962 permitting states to legalise and regulate online gambling.

This effectively gutted the impacts of UIGEA (Unlawful Internet Gaming Act of 2006) which had effectively banned internet gaming in the US. It led to states being able to pass legislation to legalise and regulate internet gaming.

This was then followed on 14 May 2018, when the Supreme Court overturned PAPSA, (Professional and Amateur Sports Protection Act, passed in 1992) a federal law that until then had banned sports betting across most states.

As a result, 21 states are likely to have legal sports wagering by the end of the year, with the majority of these (15) offering online or mobile betting options. In addition, five more states are either considering legalising sports betting with mobile options, or have passed legislation and are developing regulations, with two others looking at retail-only options.

For online casinos developments have occurred at a much slower pace. Since then 2011 only five states have legalised online casinos: New Jersey, Delaware, Pennsylvania, Michigan and West Virginia.

While the reasons for this disparity are many and often specific to individual states, in general it can be attributed to the broad cultural acceptance of sports betting across the US and the desire to eliminate the illegal market. For online casinos the discussion is clouded with concerns over problem gambling and the erroneously cited impact on land-based gaming facilities.

For states in which tribal gaming dominates or competes with commercial casinos, uptake has been slower.  Much of this reticence can be attributed to concerns over tribal sovereignty.

Michigan stands out as an exception. Here, tribes decided to forgo development under the Indian Gaming Regulatory Act. Instead they allowed a limited waiver of tribal sovereignty, allowing them to participate in the commercial development under statewide legislation and regulation of commercial online gaming (both sports betting and casino).

The industry in Michigan is now flourishing. House Bill 5502— “Removing Federal Barriers to Offering Mobile Sports Wagers on Indian Lands Act” seeks to redefine where wagers occur in relation to mobile sports wagering as being the location where servers are located, irrespective of the players location. This has the potential to usher in seismic change in tribal gaming.

The recent approval of the compact for mobile sports wagering between the Seminole Tribe and the State of Florida, which would see all sports betting in the state routed through Seminole servers, seems to anticipate the passage of this bill.

Should this bill pass, the clarification it provides will facilitate the addition of mobile sports betting in more states where tribal gaming predominates without the dampening effect of a limited waiver of tribal sovereignty. As such, more gaming tribes can be expected to jump into the market.

Once passed for mobile sports wagering, it is a straight line to considering a similar definition for internet casinos. Such a development would unleash icasino development across Indian Country.

During the 1990s the rapid development of land-based casinos across the US, first in the form of riverboats and tribal casinos, then expanding into racinos and land-based full scale gambling resorts, was driven by arguments revolving around tax generation, job creation and economic development.

This helped set up a ‘domino effect’ whereby legaliszation of casinos in one state led to the legalisation in surrounding states. The nature of online gambling and mobile sports betting does not create the same strength of effect, although it may be felt to a smaller degree in retail sports betting. The absence (or lessening) of this ‘domino effect’ has surely limited the number of states that have legalised the full panoply of internet gaming.

While sports betting has an undeniable cultural affinity driving its development across the US, it will not generate anywhere near the tax revenue, jobs or economic development that land-based casinos do.  The same goes for internet casinos, although their tax revenue potential is significantly greater than for sports betting (both mobile and retail).

Minus the widespread cultural acceptance of sports betting, fears over the impact on problem gambling not offset by the same level of tax generation and jobs creation as in land-based casinos. Online casino therefore faces a much more difficult road to widespread acceptance and proliferation.

What does this all mean for the future?

The untethering of gaming from a physical geographic location in igaming lessens the ‘domino effect’, and potentially reduces the economic benefits of legalisation. This means the adoption of full internet gaming across US states is likely to be a more prolonged process than was the evolution of land-based casinos.

Sports betting, with its broad cultural appeal, will continue to see widespread uptake. Mobile sports betting will also flourish, driven in large part by its ability to generate greater tax revenue than its retail cousin.

This will be tempered by its lower tax revenue generation potential than is the case for land-based gaming, concerns over problem gambling issues, and tribal opposition in some states, such as Washington.

The Covid-19 pandemic and the stress it has placed on state budgets will mean that legislators will now be seeking the least painful means to raise dollars. Land-based casinos for the most part are already heavily taxed and are well integrated into local economies.

Any increase in taxation on such activities will be strongly opposed and could threaten jobs, something no legislator would want to do in a post-pandemic economy. Sports betting, while not generating the jobs seen in land-based gaming, cannot sustain increased taxes, as this would undercut their ability to compete with untaxed offshore sportsbooks. That, of course, was one of the key selling points for sports betting legalisation in the first place.

iCasino offers more fertile ground in terms of tax generation. Look at Pennsylvania for example. In FY 2020-2021 online sports wagering generated $88m in state taxes, compared to the $246m in taxes generated by online casino (close to a 3X multiple).

Similarly in New Jersey in the first six months of 2021, online casinos generated over $95m in tax revenue while internet sports wagering generated just under $43m (interestingly more than half via two racetracks).

So retail sports betting appears to be an “easy lift” and mobile sports betting will benefit from the same cultural affinity and the potential for increased tax revenue. Online casino, on the other hand, faces a more difficult pathway, but one, given its potential to generate more tax revenue, that more states will take up in the coming years.

In Indian Country the proposed amendment of IGRA to make it more friendly to mobile sports wagering (and by extension igaming in general) by defining the location of servers taking bets as where the bet is made will reduce concerns over infringement on tribal sovereignty.

This, coupled with increasingly convincing evidence that igaming does not cannibalise land-based gaming has gone some way to mitigate concerns previously held among those guiding tribal gaming. Consequently, we can foresee more compacts being renegotiated to include online mobile sports betting with the potential in the future for online casino.

One of the reasons given for adoption of sports betting and igaming was to “kneecap” the grey and black markets and to reduce the impact on problem gambling while increasing revenue to government and problem gambling programmes.

Little has been done to further this goal other than offering consumers the choice of a regulated market. However, that regulated market is burdened by taxes and other regulatory requirements which do not apply to the unregulated offshore market – thereby conferring a competitive advantage which almost guarantees its continued existence. Without any enforcement, the unregulated offshore market will continue to be competitive.

There is a strong case to be made to ramp up enforcement of the unregulated market to combat illegality, and to divert revenues into the regulated market where it is subject to taxes and controls related to problem gambling. This will benefit the states and operators who will realise greater revenues and profits and will see the value of their licenses increase.

From a player protection perspective, it is in the industry’s own interest to limit the grey and black markets from both a problem gambling and game integrity perspective. Expect a greater emphasis from regulators and state government on enforcement actions against grey and black-market operators.

As igaming markets mature, we will see a decline in acquisition costs and an increase in profitability over time. The profligate bonusing currently on offer cannot be sustained over the long term.

Once the market matures, this will decline and emphasis will switch from acquisition to retention. In this, those operators associated with land-based casinos will have an inherent advantage-they have a physical product to capitalise on.

The perennially challenged racing industry has seen the potential for revenue from sports betting – over 50% of internet sports betting revenue in New Jersey originates with two racetracks, Monmouth Park and Meadowlands. It is therefore likely to become a significant supporter of internet-based sports betting. Racetracks will likely demand a place at the table as states consider online gaming, and will likely be an integral part of online gaming coalitions going forward.

With a shrinking pool of potential land-based gaming projects and the ongoing legalisation of sports betting (and to a lesser extent icasinos) land-based operators will continue to seek an omni-channel strategy to add value while strengthening core products. This, coupled with improving igaming profitability, means that the current round of M&A linking land-based casino companies and online operators will continue unabated.

The redefinition related to IGRA noted previously will unleash the huge tribal gaming market to fully participate in the online gaming revolution. Much like in the land-based industry, the wealthier tribes are likely to expand their reach acquiring companies and expertise. Smaller tribes will also participate trading market access for a share of the pie.

Considering all these factors, the future might then be characterised by:

Paul Girvan is chief executive of PKC Gaming & Leisure Consultancy. He has been involved in the US gaming industry since its development beyond Atlantic City and Las Vegas, conducting project-specific and statewide analyses for governments, tribes and commercial casino operators. Girvan has conducted numerous nationwide and state level analyses on igaming and its legislative development. He is also the author of the ICE 365 Tribal Gaming Report.