Changes to how British football data is collected, distributed and priced have caused disquiet among bookmakers. Scott Longley asks if the extra margin FDC is receiving is worth the furore and what a potential lack of competition and innovation could mean for the betting product 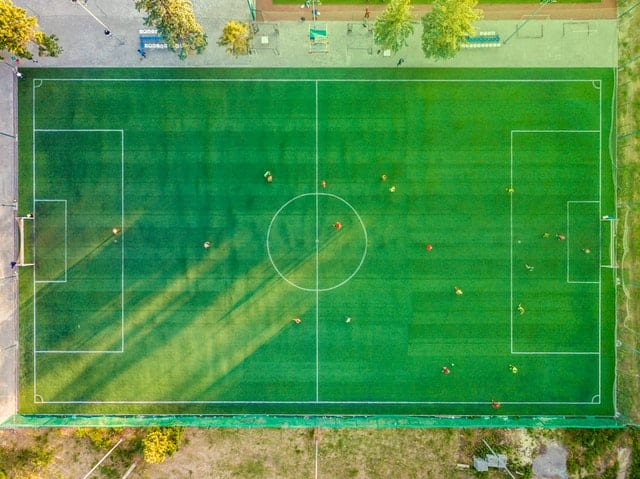 Changes to how British football data is collected, distributed and priced have caused considerable disquiet among bookmakers. Scott Longley asks if the extra margin FDC is receiving is worth the furore and what a potential lack of competition and innovation could mean for the betting product

The introduction of VAR isn’t the only point of controversy in British football right now. Behind the scenes, the arguments with regard to the data rights for English and Scottish football continues to rumble, causing disquiet within the bookmaking sector.

So, what exactly has changed, why, and what will these changes mean for the future relationship between sport and the bookmakers?

As of the start of the current football season, the collection and distribution of data for the purposes of sports betting for all the English and Scottish leagues moved from STATSPerform to Betgenius. Yet, for many in the market there remains a degree of confusion about the new arrangements.

While on the tracking side Second Spectrum beat Chyron Hego in the tender process, Perform/Opta remains as the media and team-use data distributor. It is believed that Opta’s long-standing relationships with both Sky and BT Sport and also NBC in the US means its status as the market leader in this area is unchallenged.

As part of its bid to continue working on the betting distribution, it is further understood that Opta was looking at enhancing aspects of the betting feed and building on advances already made in terms of their match-tracking and player performance.

Whether Genius Group can match that capability is open to question. What is a certainty is that with a new partnership taking over the collection and distribution of the data, it will take some time for them to get up to speed.

Meanwhile, with Opta remaining on the media ticket – visibly offering an improved and enhanced service in that sphere –  the bookies might start to feel like they are getting second best.

It is part of the reason why data exclusivity is contentious. As was said from the stage at G2E in Las Vegas recently by Scott Kaufman-Ross, senior vice-president, head of fantasy and gaming at the NBA, non-exclusivity “fosters innovation” for the obvious reason that monopolies mean incumbents don’t feel under any competitive pressure.

The squeeze
Of course, what an exclusive deal can do is enable price rises and this – at least according to sources contacted by iGB – is exactly what Genius Sports/FDC have done.

It is an obvious cause of friction. As one person contacted for this article suggested, “the speed of the changes and lack of existing relationships here has sent the animosity and ill feeling through the roof.”

“Increased rights fees need to be recouped and it isn’t as if we’ve seen more bookmakers focused on soccer emerge overnight,” they added. “The market hasn’t changed there so the only way to claw back and be profitable is to increase prices.”

So why has the route been taken? As we noted in a previous column, the tension between the bookies and English and Scottish football has certainly been ratcheted up; exclusivity has to be enforced and in a bid to stop alternative sources of supply at source, it has led to innocent fans ‘caught texting’ being forcibly ejected from the grounds.

The anomaly here is the embargo on TV coverage of 3pm Saturday kick-offs, an anachronism from the 60s and 70s which denies other data providers the TV pictures to help with data collection and hence enables football to police data collection via ground security and thereby create an information monopoly.

The current situation has led to potential legal action by Sportradar which believes the attempt by FDC and Genius Sports to enforce a  monopoly position is anti-competitive. Sportradar argues for competition in the market for data supply.

This could be delivered in the form of a sub-licensing deal, as was the case (ironically) between Perform and Genius Sports under the terms of the last agreement.

So is football better off with the price rises? Arguably no. In going down the exclusive route, FDC is knowingly cutting itself off from any fees from other providers who, we are given to understand, are more than willing to pay. In other words, they are deliberately leaving money on the table therefore making a nonsense of the argument that somehow football is being short-changed.

And of course the revenues generated are dwarfed by the money that comes from media rights and sponsorships where, as we know, betting and gaming is a prominent advertiser and partner. Indeed, after all the enforcement costs are taken into account, the amounts that will filter through to football from all this are, one might say, underwhelming, especially after Genius Sports has taken its cut.

Where we go from here will be interesting. Whether the uplift in fees FDC has received was worth the furore is one question. Another is whether a lack of competition and innovation becomes apparent and what that might mean for the betting offering.

While the primacy of Premier League football for UK-facing bookies will remain regardless, that isn’t the case for all its potential global bookmaking customers and FDC can’t be entirely confident about pressing on with future price squeezes.

Most comparisons with the official data debate in the US are wide of the mark due to the differences in the evolutionary path of the regulated betting. Yet, it would be a curious turn of events if in the years to come the US market displayed markedly more innovation in sports betting data compared to Europe.