Bet Entertainment chief operating officer Alberto Alfieri sets out what he believes will ensure a thriving regulated market in Brazil, and offers a surprising defence of turnover taxes, ahead of next month’s Brazilian Gaming Congress. 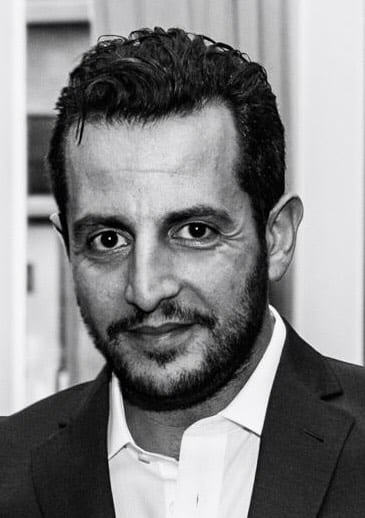 Bet Entertainment chief operating officer Alberto Alfieri sets out what he believes will ensure a thriving regulated market in Brazil, and offers a surprising defence of turnover taxes, ahead of next month’s Brazilian Gaming Congress.

With its Bet.pt brand among the leading sports betting operators in Portugal, Bet Entertainment is setting its sights on the Latin American market with its new offering Vivagol.

However the region’s largest market Brazil is only just beginning work on developing a regulatory framework for sports betting. Bet Entertainment’s chief operating officer Alberto Alfieri says that for this to be a success, there are a number of key considerations for lawmakers to address.

From your point of view, what will be the most crucial elements of a successful regulatory regime for sports betting in Brazil?
There are a number of elements that must be considered to avoid mistakes, and to ensure Brazilian regulation does not fail.

What can the Brazilian government learn from Portugal’s experience of regulating igaming? What elements of Portuguese regulation should be imitated, and what needs to be different?
Portugal was definitely a different example compared to many other European regulated markets.

Like few, Portugal went for a turnover tax on sport betting, for instance. Many may think that this is not the best approach, because from a business perspective, most of the revenues go on taxes.

Now, the Portuguese model it not perfect, due to the incremental tax rate, which ranges from 8% on turnover up to €30m, then 16% for turnover over €30m.

But the turnover tax allowed the regulator to control the industry and made sure that the igaming offerings did not exceed consumer demand. If we take the examples of Sweden and the UK, it seems clear that the extremely low gross gaming revenue tax model created an environment that damaged both customers and the industry.

When there are too many operators are in a market, when there is too much advertising on TV at any hour of the day, when the regulations allow and effectively invites hundreds of operators to aggressively compete, the victims are the players and the general public. As a consequence, the whole industry suffers. This, I would say, could be the biggest point to take from Portuguese regulation.

What jurisdictions do you think provide the best example for Brazilian regulations to follow?
As I say, I believe that Portugal offers some good examples. France is another. Despite all the criticism for the regulations being too strict and barriers to entry too high, it actually grew while keeping a high rate of taxation, so that they can now afford to lower it.

In general I would say regulatory frameworks that do not exclude certain segments of the industry should be look at. For example, markets that legalise all verticals, rather than only regulating sports betting or only allowing casino gambling in land-based facilities.

Once again, I can bring up Portugal as an example. The APAJO (Associação Portuguesa de Apostas e Jogos Online), was established to create a communication channel between the regulator and also among key industry stakeholders. I am sure that, given the shared language and the fact that Portugal is considered still a new market, APAJO would be honoured to work with Brazilian regulators and collaborate as much as required.

In general, we can see that the industry grew wherever the regulators did a good job in keeping an open door policy with operators. Malta and Colombia, for instance, have regulators that value the collaboration with the operators in their jurisdictions.

Alberto Alfieri will be speaking on the panel session Building transparency: how to construct a regulatory body which allows for cross-industry dialogue at this year’s Brazilian Gaming Congress, which takes place at the Hotel Tivoli Mojfarrej in Sao Paulo from June 23 to 25.