The annual mainstream media feeding frenzy sparked by Bet365's annual results, and its chief executive's pay, betrays some glaring double standards, and almost suggests there is little to be gained from more transparency, writes Scott Longley. 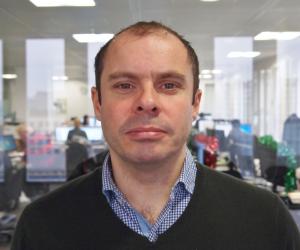 The annual mainstream media feeding frenzy sparked by Bet365's annual results, and its chief executive's pay, betrays some glaring double standards, and almost suggests there is little to be gained from greater transparency, writes Scott Longley.

Compare two chief executives. One, Jeff Fairburn, was formerly the boss at Persimmon the housebuilder – or as a scathing report into the company’s fire safety procedures put it this week, a house-seller not a housebuilder.

Not only did the recently revealed shocking fire safety record happen under Mr Fairburn’s watch; he also received £85m in the two years while this – until now – hidden safety debacle was unfolding.

His cash came in the form of salary and bonuses under a controversial long-term incentive plan (LTIP) which, the company revealed in March this year, had paid out £444m to various executives within the firm.

All this for being in place at the right time, just as the UK government stoked the embers of the country’s housing market with a whopping industry subsidy misleading called Help to Buy.

Now let’s turn to more familiar territory. Also this week we saw headlines loudly proclaiming that Denise Coates had been paid the grand sum of £277m in the year to March plus a further £46m in her share of dividends.

At first blush, that looks like what it is – an awful lot of money. But unlike Fairburn, Coates not only runs the company where she earns that wage, she also founded it alongside her family and Will Roseff. Coates hasn’t lucked into her post at an auspicious time. She has spent 20-plus years building the business from that famed carpark portakabin into the global betting and gaming behemoth that Bet365 is today.

In its annual results released this week, the company said that net gaming revenue for the year almost topped £3bn, up just under 10% year-on-year while operating profit came in at £767m. It is one of the very few UK businesses to truly crack online, employing over 4,600 staff, the majority of which are based in Stoke-on-Trent.

In fact, Bet365 is – or should be – symbolic of how previously industrial economic heartlands in the UK can be refashioned for the 21st Century. It is a (north) west midlands economic powerhouse existing at a time when such entities anywhere in the UK are in short supply.

And for all the media’s moral huffiness about a woman – a woman! – making so much money from gambling, it barely gets a mention that unlike the tax-efficient schemes beloved of Fairburn and executive remuneration committees of listed companies, Coates is paying herself a straight wage. In other words, she pays a lot of tax.

Full disclosure
Now, for the anti-gambling lobby anybody making money out of gambling is not a good thing. But in a country where we accept betting as part and parcel of the fabric of society, there has to be winners and losers and it so happens that the founders of bet365 are among the (very big) winners in this regard.

If there is an issue, for the rest of the global gaming industry as much as for the mainstream press, then it lies in where Bet365 makes its money.

It isn’t news that Bet365 generates a proportion of its revenues from Asia with China looming large in whatever that number might be. The newspapers have made much of what they see as obfuscation on the company’s part about the geographical spread of its revenues. The paragraph from the annual report stating that “a geographical analysis of turnover has not been given, as in the opinion of the directors, such disclosure would be severely prejudicial to the interests of the group,” got special attention from the Guardian, for instance.

The answer to that is quite simple though. As a private company, bet365 does not have a wider shareholder base to answer to and is under no obligation to give any further details about where it makes its money.

True, it can be argued there are more stakeholders in Bet365’s future than is generally acknowledged. The 4,600-plus staff, of course, but also the many hundreds – maybe thousands – that work with suppliers to bet365 both within the gambling sector and outside of it. For the sake of some reassurance, they might want to know more about bet365’s fortunes and its likely future trajectory.

There also might be an argument for the company to establish a more public face. The fuller explanation of its responsible gambling efforts this year, for instance, was particularly welcome. It helps when it comes to answering the industry’s critics that the major operators are being seen to be doing something.

But the Coates family has been understandably shy of publicity and the headlines this week will likely have confirmed the view that there is little to be gained in that direction. The mainstream media gave a sideswipe the gambling trade press for not focusing their coverage on how much money Denise Coates made. Yet it is their focus on that one figure which likely means we learn less about what the company is doing than they might like.