With the odds of Supreme Court intervention in New Jersey’s latest case looking increasingly slim, attention is turning to a legislative solution as the best way to implement expanded sports wagering in the US, explains Christopher L. Soriano. 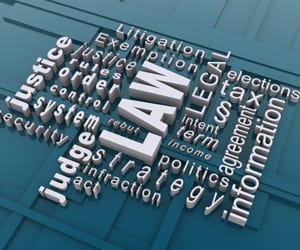 With the odds of Supreme Court intervention in New Jersey’s latest case looking increasingly slim, attention is turning to a legislative solution as the best way to implement expanded sports wagering in the US. Enter Congressman Frank Pallone’s discussion draft, the Gaming Accountability and Modernization Act of 2017, or GAME Act for short. Christopher L. Soriano of Duane Morris LLP runs the rule over this for iGB.

The battle for expanded sports betting in the US has been fought by New Jersey in the courts for the last several years, without success. Standing in the way has been the Professional and Amateur Sports Protection Act (PASPA), which dates back to the early 1990s and functionally limits sports betting to four states – and of those only Nevada can have full-scale sports betting.

With the odds of Supreme Court intervention in New Jersey’s latest case looking increasingly slim, some have begun discussing a legislative solution as the best way to implement expanded sports wagering in the US.

In an attempt to address this, the American Gaming Association has launched the American Sports Betting Coalition (ASBC), an “all-inclusive advocacy campaign” focused on ending the US sports betting ban. The ASBC has backing from law enforcement officials, states rights’ advocates, policymakers and leading industry figures.

Solicitor general weighs in
New Jersey’s latest court efforts suffered a setback when on May 24, 2017, the Solicitor General released its brief to the Supreme Court recommending that it should not review the Third Circuit’s decision that prohibits sports betting in New Jersey.

The Solicitor General opined that, first, the Third Circuit’s decision was correct and that there were no constitutional infirmities in PASPA. Second, the Solicitor General noted that the case was simply not worth Supreme Court review because there was no split among the Courts of Appeals in their interpretations of PASPA.

Typically, conflicting interpretations of the same statutes by two different Courts of Appeals will lead to Supreme Court review in order to harmonize the law. Because the Supreme Court often gives substantial weight to the Solicitor General’s view on whether to take a case, the fact that the Solicitor General recommended a denial makes it less likely that the Court will hear the case.

Back in the GAME
Recently, New Jersey Congressman Frank Pallone published a discussion draft of a potential piece of legislation called the Gaming Accountability and Modernization Act of 2017, or the “GAME Act” for short.

The GAME Act is yet to be formally introduced in Congress, but was published by Rep. Pallone as part of his stated effort “to recognise that the laws are outdated” and “modernize them by increasing transparency, integrity, and consumer protections.”

The GAME Act is another vehicle by which a solution to the US sports betting conundrum could come about, and conceptually, is a piece of legislation worth watching for those interested in the expansion of sports betting.

Breaking down the play
The first section of the bill changes the landscape for gaming generally from a legal and compliance perspective. Today, federal statutes such as the Wire Act and UIGEA affect operations that are permissible under state law.

And, importantly, it must be remembered that the functional authorisation for intrastate internet gaming in the US is based on an opinion from the Office of Legal Counsel in the Department of Justice that the Wire Act only applies to bets or wagers on sporting events or contests.

This first section provides that, subject to certain conditions, if gambling activity takes place pursuant to state law, it would not violate federal law. Those conditions include:

With respect to sports betting, the legislation also would require that appropriate safeguards be in place to ensure that collusion or match-fixing is avoided. As mentioned earlier, if a state gaming regulatory system meets these minimum requirements, then gaming activity conducted pursuant to that state gaming regulatory system will not be deemed to violate federal law.

The draft also addresses the concept of interstate wagering. An operator who accepts bets from more than one state would be required to make a filing with the US Federal Trade Commission, describing how the operator has complied with the laws of each state from which it accepts wagers.

Functionally, however, this provision would abrogate the Wire Act and the UIGEA to the extent that they prohibit interstate wagers, as long as underlying state laws are complied with.

After these more general provisions, the draft addresses sports betting with greater specificity by affirmatively repealing PASPA in its entirety.

Interestingly, the draft would include both fantasy sports and e-sports wagers within the definition of bet or wager, thus adding greater clarity and more uniform treatment of these concepts and returning to the bill’s overarching framework: if an activity is legal under state law, and the state’s law meets the minimum gaming regulatory standards, the activity does not violate federal law.

The legislation would give attention at the federal level to problem gambling. The Public Health Service Act would be amended to include within the authority of the Department of Health and Human Services the power to establish and implement programs for the prevention and treatment of gambling addiction.

The legislation would also create a Gambling Addiction Research Advisory Committee to coordinate research on problem gambling and would appropriate $5m per year through 2022 to address this issue.

Similarly, the Attorney General of a state who believes that the GAME Act is being violated may bring a civil action in either federal or state court to enjoin the violation, enforce compliance, or obtain civil remedies, including damages. However, the state Attorney General must first notify the Federal Trade Commission of its intent to institute an action.

This could lead to the development of a more harmonized body of law, in that the Federal Trade Commission would have the authority to intervene in any action brought by a state Attorney General.

Next steps
At this early date, it remains to be seen whether the bill is formally introduced, and if so, what its prospects are for passage.

With the sports leagues publicly indicating a willingness to reconsider their position on sports betting, now may be a good time to move this legislation forward.

It is likely that there will be substantial discussion over the minimum standards necessary to ensure the integrity of sporting events, as that has been the paramount concern expressed by the sports leagues over time with respect to sports betting.

The legislation is vague on what precisely a state would be required to do in order to meet the minimum standards to offer sports wagering. Perhaps a consortium or a nationwide integrity watchdog would be an appropriate means to ensure that the integrity of games is maintained.

Doing so on a state-by-state basis may be more difficult; it is easier to notice patterns and suspicious activity if these activities are monitored on an across-the-board basis.

Moreover, the fact that the legislation will require states to have “minimum consumer protections” leaves some questions open as to what precisely those standards would be and whether those standards will require changes to existing state gaming regulatory schemes, particularly in states such as New Jersey that have well-developed standards for online gaming activity.

It is also in question as to who will ultimately determine the efficacy of the minimum consumer protections – the Federal Trade Commission, the courts, or some to-be-created regulatory body or quasi-regulatory organisation.

Of course, the question of who creates and enforces the standard is critical to determining whether the standard can be met and how. But the benefits of pro-gaming states being freed from acts such as PASPA and the Wire Act are substantial, and, indeed, the prospect of a nationwide, regulated, online sports betting market in the US are not far off if this legislation becomes law in a substantially similar form.

It remains to be seen whether this discussion draft ultimately leads to a solution or falls victim to the political process, but the discussion draft is certainly a positive to those who believe that the US’ gaming laws are in need of modernisation.

Disclaimer: This article is prepared and published for informational purposes only and should not be construed as legal advice. The views expressed in this article are those of the author and do not necessarily reflect the views of the author’s law firm or its individual partners.