The International Betting Integrity Association’s call for a set of sports betting data global best-practice standards for sports betting data comes at a pivotal moment for the sector. The sporting shutdown shone a light on the importance of the integrity of data, yet for a consensus to emerge far greater cooperation and agreement between suppliers and the sports is needed. Scott Longley speaks to the IBIA and other stakeholders 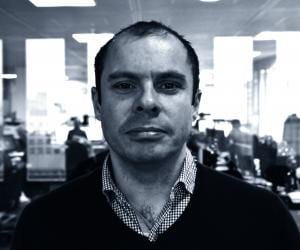 The International Betting Integrity Association’s call for a set of sports betting data global best-practice standards for sports betting data comes at a pivotal moment for the sector.  The sporting shutdown shone a light on the importance of the integrity of data, yet for a consensus to emerge far greater cooperation and agreement between suppliers and the sports is needed. Scott Longley speaks to the IBIA and other stakeholders

The Covid-19 crisis proved to be a difficult and perhaps surprisingly contentious period in time for the sports-betting data providers. On the one hand, with global sport coming to a near total standstill, the major part of their business went silent.

Yet, what little sport remained then quite understandably became the focus of an unparalleled degree of attention as the eyes not just of the operators but also the gambling regulators, sports bodies and legislators fell on sports and events not used to being in the limelight.

As the major leagues and tournaments fell away, so the world’s betting operators were left with a menu of table tennis from Russia and football from Belarus.

It is likely not a coincidence that at the same time we saw reports of ghost games taking place first in the Ukraine and then in Brazil and warnings being issued by the Ukrainian Football Federation (UFF) and its ethics committee president Francesco Baranca, also secretary general of Federbet, over instances of what it claims to be unauthorised data collection.

These claims may or may not be related to the deal announced in June between the UFF and FeedConstruct.

It was against this backdrop that the call came in late May from the International Betting Integrity Association (IBIA) for global betting data standards to be agreed upon by all parties involved in the sports data supply chain.

In a brief press release, the IBIA said that such an effort would be the most effective means of achieving an approach which best serves to protect the integrity of sport, its data, the betting markets generated by that data and the consumers enjoying those products.

Speaking to iGB, Khalid Ali, chief executive at the IBIA, says it was “becoming increasingly important for the credibility of the data supply chain, well-being of sport and fairness of consumer betting that standards are created that serve to further enhance the integrity framework covering those areas.”

“Corrupters don’t stand still in the development of their methods of operation and those involved in the data supply chain need to react to that, and preferably in unison, if they are to have maximum impact in meeting that challenge,” he adds.

Means to an end
StatsPerform was the first sports data collection and distribution company to publicly endorse the IBIA’s call. Andrew Ashenden, chief betting officer at the company, says that the call for best practice in data collection is a “positive development” which needed to “remain focused on best practice”.

“This is about processes, risk management, and standards around the data across all sports,” he adds. “It is in the interests of all parties that data providers adhere to the highest standards.”

Such sentiments are broad enough that all the major players in the data sector can sign up to just such a manifesto. For instance, Chris Dougan, chief communications officer at Genius Sports says that the company “welcomes greater transparency and co-operation in the sports data industry to ensure operators and consumers are protected.”

“If implemented and monitored effectively, a global set of standards would clearly contribute positively from an integrity standpoint in terms of continuing to reduce the limited number of integrity breaches that do occur,” Ashenden adds.

He envisages a body which would be as “independent and transparent” as possible under the IBIA banner which he says is in the “right position to lead this along with establishing an independent audit process for companies in this space.”

Yet, pushing the sector forward from this point is perhaps more of an issue. “If we didn’t think that it was necessary or important we wouldn’t have started this process,” says Ali.

“Ultimately, it will be up to all of those involved to determine whether or not they are going to engage and whether they see an agreed set of standards as an important and beneficial integrity measure. We’d prefer to be proactive rather than reactive.”

That call for involvement of every actor in the process inevitably involves the sports themselves. “We are aware that sports are also a key party in this,” says Ali. “It is clearly going to be a challenge and will rely on stakeholders recognising the importance of the process.”

The point is picked up by Dougan who says any “meaningful change” will necessarily mean that sport has a “pivotal role to play in helping to develop a set of sports data collection and distribution practices and standards that can be adopted across the industry.”

A sector at odds
Further potential stumbling blocks, however, lie within the structure of data supply landscape itself. At is stands, competition within the sports data sector is fierce.

So fierce, in fact, that Sportradar has a case pending in front of the UK’s Competition Appeal Tribunal against Football DataCo and its still relatively new data partner, the aforementioned Genius Sports, with regard to access to data from the English and Scottish football leagues.

That case essentially revolves around an almost theological struggle between, on the one hand, Sportradar which believes that multiple data sources for the same event is inherently a good thing and, on the other, the Genius/FDC point of view that a single data source should be the “one source of truth”.

Clearly, these are two opposing poles of belief and at this stage it is hard for foresee how a mediation might be achieved which would see them cooperate over common standards.

Although there does appear to be a glimmer of hope. As David Lampitt, managing director for Sports Partnerships at Sportradar, says: “We wholeheartedly support the principles of  integrity protection and cooperation to safeguard the sector generally and we would like to see more done in areas such as under-age competition coverage.

“However, the quality control environment around data production and levels of overall operational resilience are important factors in differentiating between suppliers in our market.

“So the details behind the suggestion of a more interventionist approach need to be clearly articulated. Bookmakers generally understand the critical importance of these areas when selecting suppliers and market forces therefore continue to drive improved standards which is a good thing for the industry.”

Evidently, the sector that would likely have the most to gain from any data standards initiative would be the members of the IBIA themselves, the major bookmakers.

Wider arguments
As Ali suggested, the credibility of the supply data chain is coming under ever more scrutiny and for both the betting public and the sports themselves, greater efforts to enhance the integrity framework are always going to be necessary.

In announcing the data standards initiative, the IBIA said it hoped to instigate a “industry-wide debate” and Ali suggests in the instance of tennis’ International Review Panel (IRP) that the importance of sports data to integrity has already been demonstrated.

Indeed, the implementation of the IRP report – in which there was a controversial recommendation that the way to combat integrity issues at the lower levels of tennis would be to discontinue data provision altogether – is instructive.

Sportradar recommended at the time that a tri-partite body with representation from the sport, the betting operators and the data supply companies, be formed in order to ensure new levels of cooperation in the fight against corruption in tennis.

That proposal has yet to be taken up, suggesting that inertia remains the biggest danger to integrity at various levels in sport.

“Learning from that process and recent data related integrity concerns raised in other sports, we believe that it would be beneficial for key stakeholders to be proactive and cooperate on agreed standards in this area across all sports,” says Ali.