Secondary lotteries have been hit by a number of setbacks recently, but with opportunities opening up in the German market, talk of decline is somewhat wide of the mark. Joanne Christie reports. 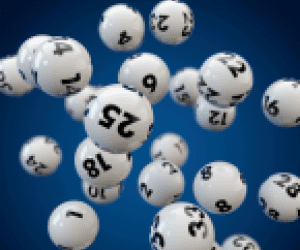 Secondary lotteries have been hit by a number of setbacks recently, but with opportunities opening up in the German market, talk of decline is somewhat wide of the mark. Joanne Christie reports.

The recent news that Zeal Network was returning its Tipp24 business to its brokerage roots as part of its takeover of former subsidiary Lotto24, as well as moving its headquarters to Germany, set tongues wagging across the industry.

With one of the two main players in lottery betting seemingly taking a big step away from the model after a rough few years in which monopoly providers have waged war – and won in some cases – on their private competitors, some wondered if this was a sign that the betting model now had a limited lifespan.

The past year has brought major blows for lottery betting firms, with the UK banning bets on EuroMillions last year, Australia banning all lottery bets and a storm brewing in Ireland that many think will end in the same result.

Given that Lottoland threw its hat into the ring and launched a counteroffer for Lotto24, one could have been forgiven for wondering if the betting model was on its last legs.

There’s certainly no sign that monopoly operators are coming around to competition in the marketplace. For its part, European Lotteries (EL), the association that represents European lottery monopolies across Europe, says it remains committed to driving betting operators out of the market.

“Unfortunately, secondary lotteries – or parasite lotteries as they are often referred to – are still out there organising betting activities on the outcomes of the legitimate individual and collective lottery games,” says EL secretary general Arjan van’t Veer.

“It seems that this issue is getting more and more attention from the regulators and policymakers, and EL would like to encourage them to put a stop to it. EL welcomed the ban on UK consumers betting on EuroMillions lottery draws introduced in April last year.”

On the other hand, there were a number of signs that pointed to the Zeal shift being specific to the company and the German market rather than betting more generally. After all, Germany has been one of the more protectionist nations when it comes to online gambling generally. Late last year, a German court ruled that an unnamed Gibraltarlicensed lottery betting firm was operating illegally, signalling that a wider clampdown may have been ahead.

Opportunity knocks in Germany
Given the huge size of the market in the country, Zeal perhaps decided it wanted a piece of the pie however it could get it. “There’s a massive opportunity for brokerage in Germany. Firstly, brokerage is locally licensed, which opens up a whole range of new marketing and growth channels for us,” says Matt Drage, head of communications at Zeal.

“Secondly, online penetration in the German lottery market is exceptionally low – around 10% – so there’s a lot of potential. As a comparison, in the UK it is 26% and in Sweden it’s 41%.”
Lottoland is also willing to switch up its business model to get in on the act in Germany, says CEO Nigel Birrell.

“We believe there is a strong and fast increasing demand for betting on lotteries in Germany and worldwide.

“One of Lottoland’s objectives is to be awarded a German licence in the mid to long term. As announced previously, we are also prepared to make changes in our German product offering to achieve this. For example, we would be willing to become an official reseller of the German state lotteries if we were permitted to continue to offer bets on foreign lotteries.”

According to Birrell, Zeal’s move to brokerage is “only a result of the fact that the Gunther Group has major shareholdings in both companies – Lotto24 and Zeal”.

Others speculate that Zeal’s move was due to internal politics. “They have had a lot of chaos. I think there is a lot of internal conflict there personally,” says Mark Knighton, who in January took up the post of head of operations at Multilotto. “I don’t know who is pulling and pushing within that organisation. Whoever shouts loudest gets what they want.”

Betting here to stay
Knighton, who previously worked for Svenska Spel in Sweden, says while Zeal may be moving away from lottery betting, he is convinced the model has a bright future. “I wouldn’t be here if it didn’t. I have taken my time before coming here to look at the industry, to look at the company, to see what their plans are and it is very attractive.

“Even though the industry has had some knockbacks from the Australian regulation and the marketing restrictions that are coming into play, it makes you just look for new opportunities, from acquisition to marketing. I think with Multilotto we’ve got a very good strategic plan for this year and I think a very good future.”

Sweden is one example of a new opportunity. Although back in 2017 it looked like lottery betting firms would be excluded from the regulated Swedish market, this did not turn out to be the case and a number of operators, including Multilotto and Lottoland, have obtained licences in Sweden.

Admittedly, even Zeal says it still believes there are prospects in lottery betting. “The environment has become a bit more challenging in places but we still see opportunities out there,” says Drage. “The global lottery sector is worth nearly €300bn per year. There is lots of opportunity.

We intend to keep growing our other international brands and start-ups,including myLotto24, and also explore new opportunities.”

Of course, this kind of optimism is what one would expect companies operating in the space to put out; after all, they are hardly likely to say their very existence is under threat. There are, however, signs that they aren’t alone in their thinking.

Birrell points to the fact that more than 10 new lottery betting companies have emerged in the last few years as a signal of the vertical’s health. Indeed, even companies that have previously dismissed the idea of lottery betting are now entering the fray.

“While we still maintain that the lottery messenger model is the preferred option (both for operators and customers), we will do our utmost to comply with rules in that handful of countries where a messenger service is undesirable to the authorities,” says Yizhak-Cooremans. “An example being Sweden, where we will have to hedge. Once we are a licensee, which will happen soon, we will be operating in that country on a bet-on basis.”

Another sign that points towards lottery betting being here to stay is the increasing number of B2B deals being signed in the space. Knighton says Multilotto is actively “pushing forward on growing that side of the business as well” and adds that a number of operators are white-labelling its products, Betsson and Bethard among them.

Lottoland has more than a dozen partners already – with the most recent launches being FSB Tech and Hero Gaming – and Birrell says more are on the way.

Safety for soft options?
One reason operators may be keen to partner with lottery providers is the opportunity to acquire new types of players, and at a lower cost. Almira Mohamed, director at online syndicate provider Lotto Social, says it has been approached by a number of firms for this reason. “We do have gaming companies who love us. We could potentially be a route to a lower acquisition cost of people coming through the door and then you upsell them to other types of gaming, which is what other people’s models are, but we’ve never wanted to go down that road.”

As well as wanting to stay firmly on the softer side of gambling, she says Lotto Social has also made a business decision to try and remain “friends of the state lottery”.

The company organises syndicates via a provider that purchases official lottery tickets and therefore argues it is simply making things easier for those wanting to find cheaper options to play.

“They know about us, and syndicates are stated by the Gambling Commission as legally allowed. So we are still promoting all the stuff that the National Lottery does and all the good causes that they have. It’s just that we are saying, ‘Hey, you can play anywhere you want’. “If people already play in syndicates it is actually quite archaic the way they have to play. The whole lottery syndicate agreement is also a massive issue.”

She says she does not foresee any issues from regulators or monopolies. “I think they’ve got much bigger fish to fry with betting, especially when Lottoland was taking up such a big share of the market and nothing was coming back to the reason why they originally did it, which was the good causes.”

Whether or not this view turns out to be naive as the company expands into other regions remains to be seen.

TheLotter, for example, has perhaps always seen itself as outside of the firing line, given it purchases official lottery tickets and therefore could not be accused of taking money away from monopoly providers.

However, it has suffered some big setbacks in the US recently, being forced to end a lucrative official partnership with the Oregon Lottery at the end of last year after the Mega Millions Group stepped in and said it violated the consortium’s rules. A Florida senator has also recently introduced a bill that would ban theLotter’s activities after one of its customers, a woman from Panama, won a $30m jackpot in the state.

It is perhaps true that any type of lottery model that is not a monopoly is at risk of a sudden clampdown, which is likely the reason why more and more private lottery providers are expanding their markets and models to protect themselves against any one crackdown having a big impact on their business.

Whereas once many alternative lottery providers were operating under only one type of model, more are now running a mix of betting, messenger and syndicate services in a bid to keep their options open. Zeal, for example, describes itself as “business-model neutral”. According to Drage it has a “number of different models across the group – from digital lottery services, lottery venture capital, lottery betting and charity lottery operation”.

The right approach
Knighton adds that there’s also an element of common sense involved in one’s market approach. “One of the tricks is to not market the existing country’s lotteries – it’s an irresponsible approach to the market.

“Personally I think it is ridiculous as an operator that you would do that. I remember when I was back at Svenska Spel there was an irritation about it. We have made a conscious decision that we won’t market national lotteries to those players that are in that jurisdiction. In Sweden, for instance, Swedish players can’t play Svenska Spel.”

Indeed, one of the criticisms about Lottoland’s entrance to Australia was that it offered bets on local lotteries and therefore attracted the ire of the nation’s newsagents, a group it enraged further by releasing a series of advertising campaigns that newsagents considered offensive.

By contrast, when myLotto24 decided to enter the Australian market, it instead secured the support of one of the state’s newsagent representative bodies.

Unfortunately, by the time it launched it was too late as the campaign against Lottoland was too big to be stopped. A ban on all lottery betting was passed the following month and came into effect at the start of this year.

With many of the large private lottery firms now part of the European Lottery Betting Association, there are hopes that a repeat of the Australian situation can be avoided. Whether or not this turns out to be the case remains to be seen, but it seems that the industry is nowhere near ready to give up on the lottery betting model just yet.