India's move to a point of consumption tax will hit the bottom line of igaming firms operating in India. Meyyappan N and Ameya Mithe of law firm Nishith Desai Associates explain the changes. 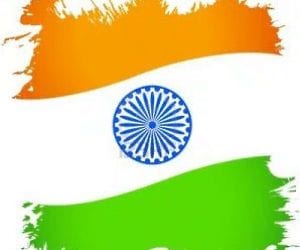 India's move to a point of consumption tax will hit the bottom line of igaming firms operating in the country. Meyyappan N and Ameya Mithe of law firm Nishith Desai Associates explain how.

The indirect tax regime in India is at a major point of inflection with the Goods and Services Tax (GST) set to come in on July 1 of this year. As a tax based on the location of the consumer, GST could potentially apply to all online gaming services provided in India to Indian consumers or businesses over the internet.

This change meant that all cross-border online information and database access or retrieval (OIDAR) services, including gaming/gambling services, provided to Indian resident consumers became taxable in India under the OIDAR Notifications.

We look at the scenario under the current service tax regime and compare it with the situation that will exist under the GST law once it comes into force.

Is betting, gambling or lottery taxable under service tax?
Unlike other taxes, there is no separate service tax act. Service tax in India is imposed by the Central Government under the Finance Act, 1994 (Service Tax Act).

Generally, all services provided in India (except the states of Jammu and Kashmir) are taxable, unless they are found to be listed in a negative list of services under the Service Tax Act or are specifically exempted through other notifications. Services are considered as being provided in India if they are legally deemed to be provided in India.

This is determined by the rules laid down in the Place of Provision of Service Rules, 2012 (PPS Rules). The negative list under service tax, among others, includes “betting, gambling or lottery”. In the absence of the word “online”, it could be argued that online gambling, betting or lottery are taxable services. In any event, games of skill do not form part of the negative list.

Before the expansion of the service tax net on 1 December, 2016…
As a general rule, the place of provision of a service is deemed to be the location of the service recipient, unless specifically stated otherwise in the PPS Rules.

However, prior to December, some specific services, including OIDAR services, were deemed to be provided at the location of the service provider.

OIDAR services are defined, in a narrow manner, as services of “providing data or information, retrievable or otherwise, to any person, in electronic form through a computer network”. Cross-border online gaming, even though not specifically included, potentially qualifies as an OIDAR service and would not have been considered as a service provided in India.

In any event, as there was a blanket service tax exemption on all cross-border B2C services (B2C Exemption), cross-border online gaming fell outside the service tax net even if the gamers were located in India.

… and after the expanded service tax net
From December 1, 2016 all cross-border OIDAR services provided to consumers located in India have been subject to service tax, since OIDAR services are now deemed to be provided at the place where the service recipient or consumer is located. Further, the B2C Exemption is not available if the service is an OIDAR service.

The intention of the OIDAR Notifications was to capture all cross-border automated online services within the service tax net, in line with the global consensus of taxing digital services at the place of consumption.

The definition of OIDAR services has been considerably expanded to include all services that are delivered over the internet and that are completely automated involving minimum human intervention. Further, the definition now specifically includes online gaming, among other services such as online advertising and cloud services.

Are all gaming services OIDAR services?
The OIDAR Notifications provide that use of the internet only as a means to communicate or facilitate the outcome of service does not always make it an OIDAR service.

Examples of non-OIDAR services specified in the OIDAR Notifications include booking services and tickets to entertainment, hotels, etc., as well as a lawyer or financial consultant advising a client through email.

By an extension of that logic, online gaming or gambling where there is an actual dealer at the other end operating the game should not be an OIDAR service since the delivery of service involves human intervention, while the internet is only used as a medium of facilitation of that service. Accordingly, live dealer games (cross-border) would fall within the B2C Exemption.

Is the online gaming service provided in India?
In cross-border online gaming, the location of the gamer would be in India if any two of the following non-contradictory conditions are satisfied:

Registration requirements of overseas service providers
Overseas service providers providing B2C OIDAR services are obliged to collect the applicable tax as a forward charge and then pay it to the government. Further, in the absence of a physical establishment in India, they have to register in India through an agent appointed for this purpose, who will also be responsible for the timely collection and remittance of service tax.

There is a blanket exemption from service tax if the aggregate value of all taxable services provided by a person does not exceed INR 10 lakh (£12,315) in a financial year.

India’s exchange control laws, which include the Foreign Exchange Management (Current Account Transaction) Rules, 2000, prohibit the remittance out of lottery winnings, racing/riding or any other hobby. A mandatory service tax registration for OIDAR service providers could trigger a risk of scrutiny for potential exchange control violations.

While the Centre and the States have exclusive power to legislate over subjects enumerated in the Union and the State Lists, respectively, both enjoy legislative power over matters in the Concurrent List.

Additionally, by virtue of Entry 97 of the Union List, the Centre has the power to legislate on any matter not specifically enumerated in a State or Concurrent List. The State List has separate entries for “betting and gambling” and “taxes on luxuries, including entertainment, amusement, betting and gambling”.

The build-up to the GST regime
On September 8, 2016, the Constitution (One Hundred and First Amendment) Act, 2016 (GST Constitutional Amendment) received the President’s assent, which among other things, also changed the entries in the three lists to accommodate GST.

Hence, the GST Constitutional Amendment disempowered the states from the power to tax betting and gambling, thereby empowering the Centre to tax the same, while all other matters relating to betting and gambling continue to remain within the legislative domain of the States.

Gaming under the proposed GST regime
GST is set to replace the majority of the indirect taxes and will apply to the supply of all goods and services. Goods have been defined to include every kind of movable property other than money and securities, but includes actionable claims.

GST provides for a seamless credit of GST paid on input goods/services against GST on output goods/services. Under the Model IGST Act, the import of services is deemed to be an inter-state supply and is chargeable to IGST.

However, unlike for service tax, there is no threshold exemption from registration for non-resident service suppliers and for overseas suppliers providing B2C OIDAR services to persons in India, which have to be mandatorily registered irrespective of their turnover or value of taxable services provided by them.

Further, the exchange control risk from a mandatory GST registration by overseas gaming companies continues under the GST regime as well.

Conclusion
As discussed above, there are some grey areas with regard to taxation of online gaming and gambling. At a macro level, an issue which stands out is that the apparent constitutional infirmity regarding the division of legislative authority between the Centre and the States in respect of betting and gambling would result in these matters being taxed by the Centre and regulated by the States.

For nationwide reforms in the gaming and gambling sector, it is important that these subjects are regulated at the central level rather than by individual states. It is only then that India could look to graduate towards a more advanced approach towards gaming and gambling such as that in countries such as the UK.

Industry bodies are currently engaging with the Law Commission of India to analyse these issues and to make recommendations to the Central Government in order to initiate a reform in India’s policy towards gaming and gambling.

Meyyappan N is a senior member of the international practice group at Nishith Desai Associates. He advises a number of cross-border gambling operators on structuring and tax issues.

Ameya Mithe is a member of the international practice group at Nishith Desai Associates. He has advised on indirect tax issues related to cross-border online services.